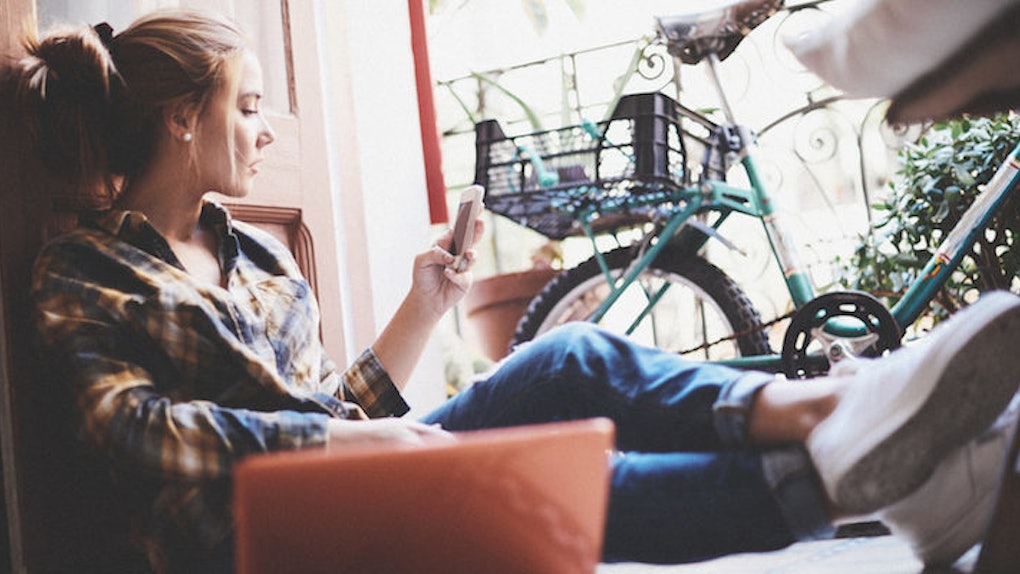 Tomorrow is the eight-month anniversary of deleting Snapchat from my phone.

I consider this anniversary a celebration of getting out of the most toxic relationship I have ever been in.

My eyes would always gaze at the little ghost icon on the home screen of my phone.

Next thing I knew, I'd have Snapchatted 10 different people, watched every Snap story and added an average of 30 seconds to my own Snap story.

If you do the math, that's roughly 15 minutes of wasted time taking pictures and videos that just disappear.

That's 15 minutes of my life I will never get back.

Time is an important concept that we all too often forget exists.

We let it fly by before we can even say "boo."

Being an introverted extrovert (just think about it for a second, it makes sense), I find time to be an important essence of life.

I don't want to waste time doing things I don't have a strong passion for or on relationships I know won't help me grow.

Snapchat was just not doing it for me.

With so much hype about dating apps surrounding me daily, I figured I would give one a shot just to see what they were all about.

More than anything, my psychology degree was kicking me in the butt to see what the hell people were thinking.

There are so many stories of people meeting "the one" through a computer or cell phone screen.

Of course, there was a small amount of excitement in the back of my mind that Bumble might do just that for me.

Here are the seven things I realized about love on the app:

You swipe right, or you swipe left. That's it.

This means your best selfies will determine whether or not someone else will say yes or no to you.

A picture on Bumble is worth one word: yes or no.

2. Women can have as much power as they choose to.

When you match up with someone on Bumble, the girl is the one who has to take the initiative to start a conversation.

Why the f*ck does it take a dating app to give women the power they already have, but choose to hide?

Although I was scared of my own shadow during my younger years, I would feel fine sending five text messages in a row (without a two-hour gap) to any guy today.

My roommate and I were sitting on the couch together, fully immersed in Bumble for two hours.

I couldn't help but think about how many guys were probably looking for a one-night-stand.

It's not all about finding a f*ckboy (unless you're into that).

4. Confidence shouldn't be confined to a typeface.

If you've got it, flaunt it.

Even if you don't have it, always fake it 'til you make it.

It's much easier to appear confident when you're typing to someone you've never met.

Imagine sitting across a table from that person.

What would you do?

It's simple as that.

The number of things one can get done in the amount of time that is wasted swiping right and left is unfathomable.

It's the difference between being tired on Monday morning and being wide awake and productive.

6. There is no right or wrong.

"Don't message him until he messages you."

"He's so not into you if he gives you one-word answers."

"It's been two days since you last spoke? Over him."

Why should you care about what others tell you to do?

Do what you want, when you want.

Many single people take to dating apps like Bumble when they are (so-called) "ready" for relationships.

But, it doesn't happen with just a swipe right or left.

It happens with great effort and passion.

You can't assume that other people always know what you're thinking.

So make moves and say what you need to say to let someone know you care.

Don't think you'll die alone if you don't turn to a dating app.

It was a nice run, Bumble.

Thank you for making me laugh, giving me early-onset arthritis, killing my phone battery and giving me an opportunity to socially experiment.