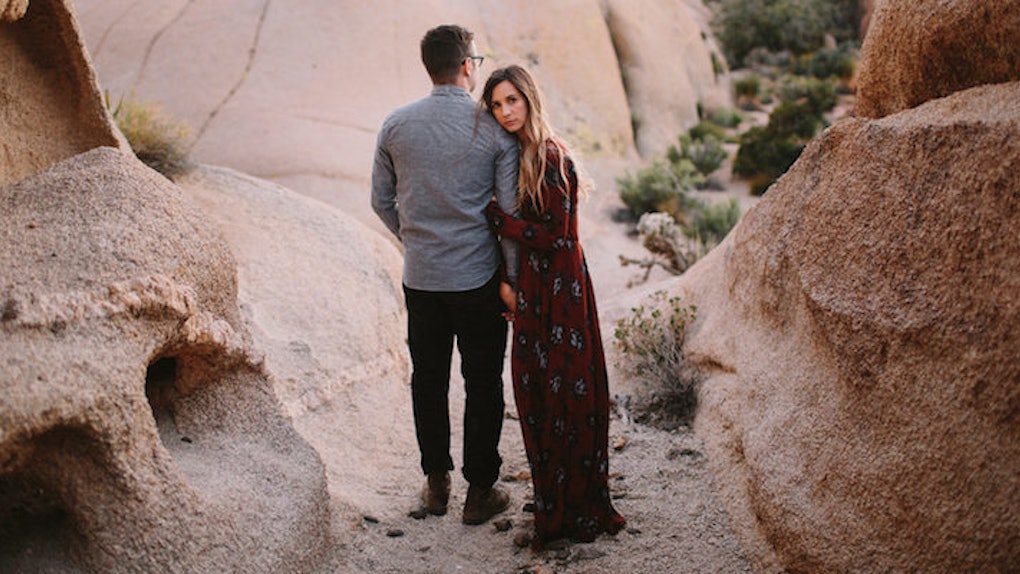 How Millennials Have Finally Put An End To Traditional Relationships

The other day, on my grandmother's 84th birthday, I listened as she spoke of her age when she gave birth to each of her four children.

I noted the amazement on my grandmother's face at having produced so much life before having experienced the majority of her own.

My face held a similar look of amazement, but for a separate reason.

My grandparents have always been adept at sharing their story with us, the younger generation (no longer the youngest).

(Fun fact: My grandfather met my grandmother at a fraternity and sorority mixer at the University of Arizona after going on a date with her older sister.)

According to my grandmother, in those days, Friday was "date night" and Saturday was second best.

Through this weekend hierarchy, people were able to deduce their rank in the life of the person they were interested in.

This was later intensified when the man would offer up a pin for the woman to wear in representation of their partnership.

According to "The New York Times," around the time my grandparents tied the knot (1949), the rate of married households was about 70 percent.

Fast-forward almost 30 years to when my parents were married (1979), and the rate decreased by 8 percent.

The causal factors of this decline are many.

My grandparents got married shortly after the second World War, which was a daily presence in their lives.

Nowadays, war is somewhat removed from the daily lives of Americans, and thus, it does not dramatically effect our romantic lives.

The women's movement of the '60s and '70s reminded women of their individual pursuits aside from marriage, which consequently resulted in more women working the 9-to-5.

Concerning the correlations between work and romantic commitment, the data speaks for itself.

Six years ago, in 2009, the marriage rate just above the midpoint at 51.9 percent partnered with an almost 30 percent increase in workforce involvement by women at 43.2 percent.

Nowadays, the average age of marriage is 27 for women and 29 for men.

My expression of amazement wasn't entirely a response to my grandmother successfully raising four children and completing her family at an age just five years my senior.

I was amazed at the age my grandparents were making decisions, committing to each other and creating life, while my generation gets cold feet at the thought of entering into a non-marital relationship.

Like a bedtime story cements facts of life for children, we are repeatedly reminded of the progression from friendship to dating, to monogamous relationship, to marriage, to parenthood and on.

As such, we should know by now that relationships, though the precursors to marriage, are not marriages themselves.

So, why the cold feet?

After all, relationships are the necessary testing grounds to determine if marriage will later come.

In this impulsive dating climate, the dramatized commitment that comes with a relationship just seems too limiting for the masses.

Ever since social media transformed our communication and stole our sleep, it seems as though it has also distanced us from "going steady" when we date.

Whether it's the infinite number of potential soulmates out there that keep us from finding contentment with the one currently sitting across the table from us, or the delayed professional satisfaction, it's time to admit we suck at commitment on any level.

Because of this aversion to commitment, one could argue the relationship is this generation's marriage.

It is as though one must muster up enough gusto to feel it worthwhile enough to girlfriend and boyfriend up, sans ring.

I fear the consequences of this rapidly growing mindset of our generation.

It includes the unwillingness to find satisfaction in what is presently good, the loss of the traditional values like loyalty and commitment, the inability to truly learn about one person at a time and the expiration of a traditional family.

What is our problem?

After 66 years of marriage, my grandfather can be found making my grandmother dinner in the kitchen.

After 35 years of marriage, my mother and father still share the couch to watch TV.

I hope to join their ranks someday.

But as a single Millennial woman, this hope is beginning to dwindle.

Often, I think about the benefits of growing up Mormon, since they seem to defy the common fear of commitment, steady pursuit and marriage.

But I quickly snap out of it.

However, one cannot disagree that this generation is killing the relationship.

But I, for one, am not ready to bury it just yet.