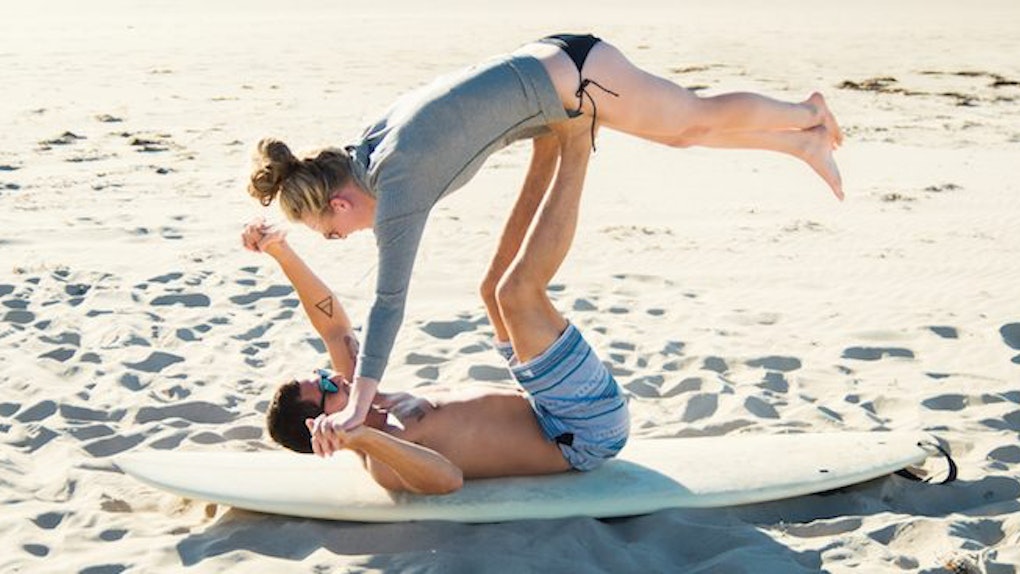 When you really like someone, odds are, you'll go out of your way to try and get their attention.

That's not to say you can necessarily make them like you back, but you can at least try to sway their decision with a little effort on your part.

Despite just wanting to be yourself and playing it cool, we all know that never actually works. You'll probably need to do something that really catches their eye and makes you stand out.

Unfortunately, that usually means stepping out of your own comfort zone and taking part in some dumb things you probably hate or know nothing about.

But just how dumb are we talking?

A handful of gentlemen took to Reddit to reveal the things they've done to impress someone they were interested in that actually worked.

Being stupid can pay off, after all!

Sometimes, all it takes is some good conversation and black hair dye.

Who knew eating unhealthy amounts of imitation butter could be such a turn on?

This guy's dishwashing skills as a teenager earned him a girlfriend.

The restaurant I worked at in my teenage years gave out awards for every position to the best employee at that position. Being a teenager I worked in the dishpit and won Best Dishwasher of the Year. Upon telling my girlfriend this, she asked if I was actually good at washing dishes, so I said she could watch me wash my dishes, and she said she was surprised at how sexy I looked doing it and that it was kind of a turn on. Best award I've ever won. -/u/ApolloRocketOfLove

All you need is that one common thread to catch a girl's eye... even if that thread happens to be scaly reptiles.

This guy's long rant to a girl about coffee flavors ended up working in his favor.

Went on a pretentious rant about coffee by accident at a late night diner near the bars. Got laid, I guess she agreed that dark roasts are overrated. -/u/Cabrillis

If you boast about your advanced tongue skills, women will line up at your door.

I can tie cherry stems in a knot with my tongue. It's a little on the nose what skills I'm advertising, but it's never not worked. -/u/gurudingo

If a girl tells you to get something pierced, you do it... even if it hurts like hell.

A casual trip to your public library could end up getting you a nice date.

I once asked out a woman on a date. She said no, but that she would go out with me if I read her favorite novel, which was Pride and Prejudice. I promptly went to the library, checked out a copy, and began reading. I surprised her when I later casually said "I'm on chapter 10." She had been joking, but then she went on two dates with me. In a sense, I shouldn't have done it because it showed that she could control me, which became a problem. But at that time in my life, I really needed to go on dates. So, overall, it was a success. Pride and Prejudice is a boring novel, though. -/u/John_Farrier

There's just something about quick fingers during a "Guitar Hero" set that makes a lady all hot and bothered.

I got a hookup by acing a guitar hero set. She said she wanted to see if my hands were good in bed too -/u/osmo512

This guy flew from one country to another, all for the sake of a girl he met.

If you want to impress a girl, just do an endless amount of muscle-throbbing pushups.

Looks are great and all, but showing off your book smarts can be sexy, too.

Went out of my way to help her do well in homework, exams, etc... I had tried that before many times and it never worked, but it did with this one girl. -/u/jmhimara

Girls love a guy who can dance, even if it's through an instructional video game.

But if you really want to impress a girl, just come to her rescue by punching another guy in the face.

I beat the shit out of a guy. He insulted her in a hallway, so i bullrushed him into a wall and beat him like he owed me money. She was very impressed and bragged to her friends about how this dude totally came to her rescue when some asshole was making fun of her. -/u/dethb0y

So maybe "bullrushing" doesn't exactly work for everyone, but hey, to each his own.

Whatever it takes to grab her attention, right, guys?

Citations: What's the dumbest thing you've done to impress someone you were interested in that actually worked? (Reddit)