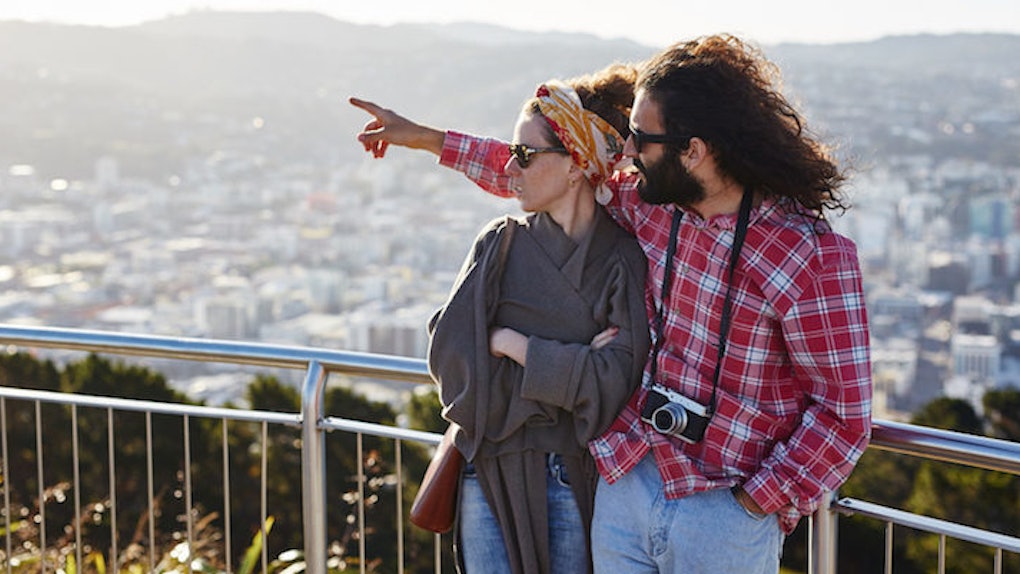 Too Cute: 6 Reasons Why A Guy Can Never Resist A Girl With An Accent

Accents are captivating. There’s no way around it.

Some are subtle. Some can be heard from across the bar. Some might sound familiar. Others sound unusual and foreign.

But regardless of the specific accent, there’s something exotic about them that can’t help but leave men possessed, as if by a spell -- some sexy, possibly French, spell.

Being an American boy, it’s not common for me to come across a woman speaking with an accent -- and, no, a strong Long Island accent does not count.

I mean, America is across the pond from Europe, Asia and other culturally unique regions of the world, so it’s rare to come across a chick with, say, an English accent (especially spending the majority of our time in Murray Hill dive bars).

Nevertheless, when we do, it’s usually love (or lust) at first sight (or listen).

There isn’t one specific reason why people are attracted to foreign accents -- it’s more of an experience, and a different one, at that.

It’s like spending that extra two dollars at a baseball game for Stella Artois, as opposed to Bud Light.

Here’s why men will always be attracted to the girl with the accent:

1. She's exotic and from another world

Her voice will never be confused with the voice of our ex-girlfriend, which may or may not still live within the depths of our subconscious.

2. She’s different from the girls you're used to

When you meet a woman who speaks with an accent, it’s representative of something deeper. When you hear that accent, you know it’s more than just the sound of her voice that’s different: It’s her, in general. She’s worldly (I love that title).

You get slapped in the face with some culture when speaking to a woman with an accent -- and that’s refreshing. It’s hard to stop thinking about where she comes from and what the lifestyle might have been like, behind the accent.

3. She makes you feel more confident, at least conversationally.

When speaking to a woman with an accent, you sort of get the feel you’re in the driver’s seat, so to speak.

I mean, you can set the pace -- it’s your first language, not hers -- so you should parlay with the swagger of a car salesman.

Wordplay is attractive, so use this to the best of your advantage.

If you can impress a woman with your conversational skills, who knows where you might be able to take it from there.

And this will make some of us less shy when it comes to making a good impression, from a conversational standpoint.

Although she may pronounce a few words funny -- and probably won’t understand you fully, when you speak too fast -- don’t ever underestimate the intellect behind a woman who speaks with an accent.

Anyone whose done a bit of traveling understands how difficult it can be to pick up a second language, so when we meet a woman who speaks with an accent, it’s equally as impressive as it is sexy.

In order to speak multiple languages, you have to possess a great deal of cognitive resources from the onset -- so you know you’re in the presence of an intelligent woman.

5. She stands out, even in the thickest of crowds.

Men are attracted to ladies with accents because of their ability to stand out in a room full of other women.

When you’re trying to meet as many people as possible, it’s pretty common for some of these people to slip through the cracks of your memory.

When dealing with someone with an accent, however, this is far less likely.

Accents are memorable, and as a result, the lady speaking with the accent is equally as memorable.

You may meet eight different brunette chicks over the course of one night at the bar, but I doubt you’ll end up sitting next to too many Parisian women.

A woman with an accent likely has something to teach you. Whether it be a difference in perspective or a less noticeable quirk, you’ll be able to broaden your own cultural horizons with a foreign woman.

When speaking to a woman with an accent, you get the feeling there’s a lot she can teach you.

And for that reason, I feel like men will always be drawn to women they don’t fully understand, just the same.