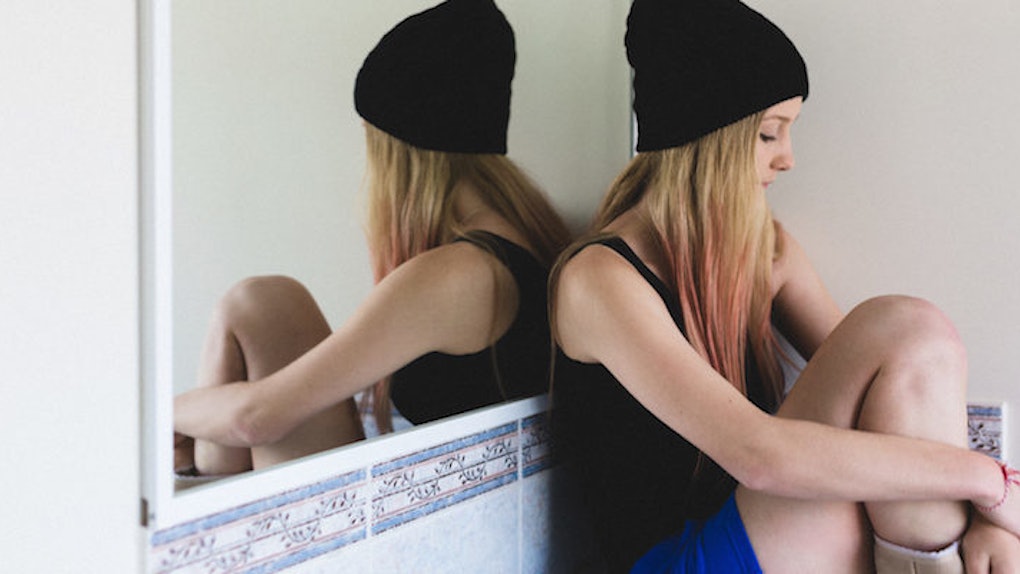 Women, You're More Critical Of Your Bodies Than We'll Ever Be Of Them

We’re all hyper-critical of ourselves.

I mean, we all have some aspect of ourselves we probably don’t like that nobody else really seems to notice.

For me, it’s always been my chicken legs (insert “skipping leg day” joke here). But do I think many women snipe me out from across the bar and sneer to their friends, “OMG, do you see that guy over there? His legs are so f*cking skinny?” Probably not.

Still, I notice it about myself, and in my mind, that’s enough of a reason to be insecure about it.

But everyone’s different. Personally, I’m able to face these little insecurities head on and keep moving with some help from sweatpants and relaxed-fit jeans. For others, the securities might develop into something bigger.

I figured this out the other night when the topic of insecurities came up while I was out with some female friends.

“You guys notice everything,” one of my friends asserted, alluding to the fact that we males are omnipotent when it comes to detecting every flaw a woman might be apprehensive about. “The flab of skin under my arm. The pimple on my forehead. The extra three pounds I gained after Cabo.”

I laughed, which didn’t really help with her anxiety, and told her guys really don’t care about any of these things.

“No, they notice everything,” she insisted.

OK... so her rebuttal isn’t completely inaccurate. But she’s giving us too much credit.

Sure, we might notice things, but rarely will we think much deeper into them. The “flab of skin” under her arm, for instance, yeah, we might notice it, but I highly doubt many men will notice it and then start questioning her diet or cardio regime.

It’s not like that, especially in the bedroom, where women seem to feel the most insecure.

When we’re in bed with you, a lot of times we’re feeding off each other's energy. We’re not taking our clothes off to criticize each other, so constantly worrying about what we think about you will do you a disservice in the long run.

I’ve never heard any of my guy friends recall a time when they threw their clothes back on after noticing a bit of cellulite on your thigh. It’s just not like that.

And as far as those minor flaws you might have? Well, as the old cliché goes, nobody’s perfect. Most of the time, we won’t spot a flab of skin or a pimple or two and find that unattractive.

But we will notice even the slightest trace of insecurity, and that, on the other hand, is what men may find unappealing.

Men would rather be with a less “perfect” looking woman who’s comfortable in her own skin than someone who might be more “physically attractive” and constantly uptight about how she looks from a given angle.

Insecurity isn’t hot. And by thinking all men notice your flaws and are automatically judging you for them, you’ll only be drawing more attention to them.

Half the time a guy is in bed with you, he’s just thankful he’s getting laid in the first place. He’s not analyzing every aspect of the female anatomy and taking notes.

The next time you’re worried about what a guy thinks about you, focus on your own self-comfort. Women are so much more critical of themselves than any man could ever be.

Hell, men are probably more critical of themselves than any woman could ever be, too. Like I mentioned before, we’re all our own biggest critics. The important thing isn’t to get hung up on these insecurities and to just take them at face value.

If you’re satisfied with how you look and, more importantly, how you feel, then own whatever that is and don’t worry about the rest. Guys will be more attracted to confidence, anyway -- and when you’re the most uninhibited, you’ll enjoy yourself the most, too.