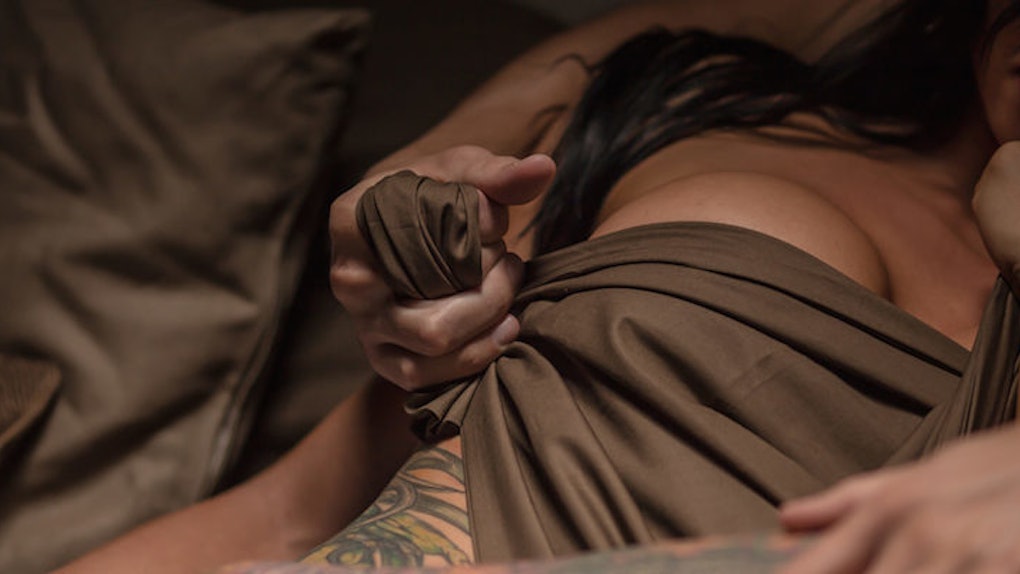 Our generation sees itself largely through the looking glass of sensationalized media.

We started to believe what was being said about us.

We believed we were hooking up all the time, relationships were impossible to keep and we weren’t worth the love that would make us happy.

We believed the media’s sensationalized account of college campus life when we arrived, and we turned to our own sad party music, wondering, "How did it come to this?"

Though we may be branded as the "hook-up generation," one look at American sexual health literature will tell you the opposite is true.

Dating all the way back to the 40s and 50s, when "The Kinsey Reports" first came out, sexual health surveys showed young people had been just as sexually active before getting married.

Our values haven’t changed all that much.

To compare melons to melons, a recent study done by Martin A. Monto of the University of Portland, which sought to upset drastic claims of rampant, apocalypse-inducing hookups made by news media (I’m looking at you, Fox News), studied college-age students from 2002 to 2010.

They found that when compared to college-age students in the '80s, there was no significant difference in the amount of sexual contact or number of sexual partners.

If this is true, then why do we believe we’re having more sex than any other generation?

You know, the dinner date and the doorstep kiss.

Instead, we "Netflix and chill."

But the real reason we think we’re having more sex has to do with a cultural shift in our country that lets us talk about sex more openly.

America is a hyper-sexualized society, and every inch of our Millennial bodies is scrutinized.

News media is constantly reporting on hook-up culture, as if it defines our sex lives.

That’s a problem, especially when we see it all the time just scrolling down our Facebook News Feeds.

We close out of Facebook, open up Spotify and start listening to Drake.

I want it to end.

Therefore, I’m gifting you three ways I have caught news media negatively impacting the way we view our sex lives:

1. The data is usually not representative.

One of the biggest examples I came across was an article that focused on survey data.

The article assumes the worst about hookups. It said:

Nine in 10 students report physical pleasure as a motivation for hooking up, while 54 percent reported emotional reasons for the hook up.

I don’t know about you, but as I explained in detail to the nun president of my university and the board of trustees when I presented my research, I was very much attached to one of the guys I hooked up with.

The depth of our emotional interactions is never reported, though sexual health research has looked at the motherf*cking rainbow of different types of hookups that exist.

Booty call hookups are far different from hooking up with that cute girl from your chemistry class whom you really like.

This is the most obvious in rape and sexual assault cases.

It was astonishing to find that Brock Turner pleaded not guilty because his "intentions were not to try and rape the girl without her consent," but to "hook up" with the woman, according to NBC Bay Area.

He said this even though he was caught at the scene, and even though the police report showed the woman was unconscious when found.

The intention of a hookup is no excuse for rape.

3. Only the negative aspects of Millennial sexuality are reported.

Our generation is constantly bombarded with negative depictions of our sexuality.

The media tell us we use each other for sex without a desire to form meaningful relationships, and we live in drunk moral ambiguity about it all.

According to the media, our sex lives are an epidemic.

And we have begun to believe them.

I tried the whole hookup thing, but it wasn’t for me.

Maybe you like it a lot, and that’s fine, too. You do you.

But eventually, I wanted intimacy.

PEW Research also found that out of all generations, we are the least likely to trust people.

The difference is significant.

There is a 12 percent gap between us and the previous generation alone.

I’m willing to bet that one of the factors causing this has to do with how the most vulnerable parts of ourselves have to seem casual and noncommittal in order to play the social game.

Then, the aftermath is splashed across the online world.

How can we let ourselves trust others when it seems trust and intimacy are so unattainable?

We have to start believing they aren't.