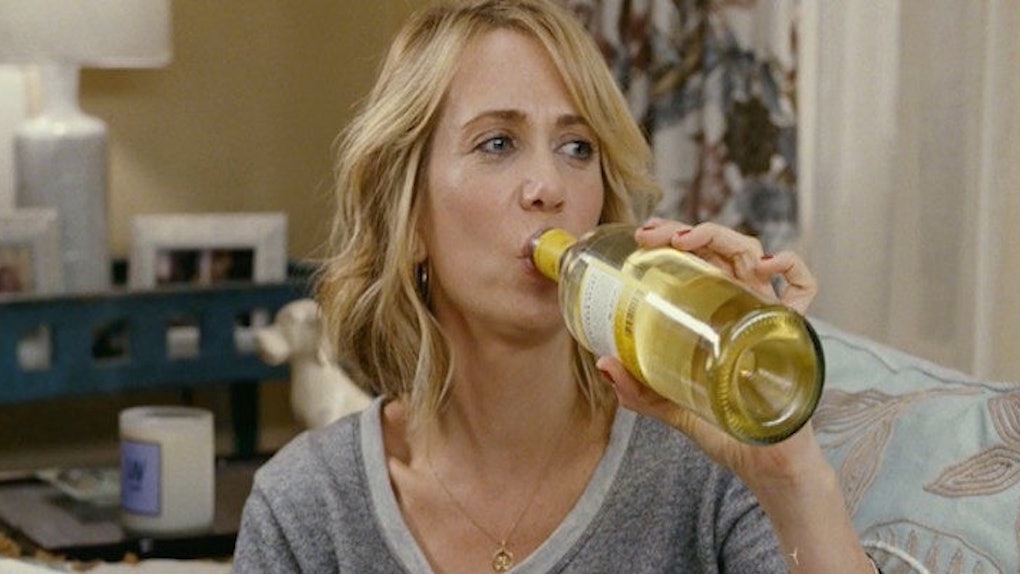 Practically all my friends tied the knot before we were even old enough to rent a car. They somehow locked lips with the man or woman of their dreams, and then pinky-promised one another that they would spend a lifetime together... no matter what.

But by MY 25th birthday, I was downloading my eighth dating app of the month and trying to find a guy who didn't make me roll my eyes before the dinner rolls were even served.

I'm about to turn 30 in just a year and a half. As I'm writing this, I'm looking down at my left hand. It has only one ring on it, and it's a ring I bought for myself at Forever 21 last month.

I'm about as far away from walking down the aisle as a bride as most Millennials are from cashing in on their 401 (k)s.

I'm also terribly annoyed at people telling me – both directly and indirectly – that I missed my chance at marriage. People will try to tell me that I should have spent more time looking for Mr. Right in college instead of looking for the free ice cream machine in the cafeteria.

Some of my young, married friends tell me it's time to kick some of my insurmountable career dreams and instead spend that energy serial-dating until I find my guy.

Most recently, a lady I sat next to on a plane ride back to my parents' house in Boca Raton, Florida told me that I could easily pass for a girl who's 24, and that I should therefore lie about my age on dating profiles.

Lie about my age? I'm only 28. Let's not have those itty-bitty wrinkles on my forehead make you think otherwise.

That's why I decided to seek some professional advice.

I wasn't ready to seek a therapist because I know they would probably tell me to stop complaining and start dating. I wasn't ready for a matchmaker because I was worried they would tell me I would have to take a spaceship to Mars to find my perfect match.

So instead, I chatted with three relationship experts and one psychic medium. They all practically told me the same thing: I still have a chance.

The good news is, all of them agreed that the best time to get married is actually when you're in your late 20s and early 30s. It looks like I'm in my prime time to hear wedding bells any day now, right?

The best time to get married is actually when you're in your late 20s and early 30s.

Well, I still have to find the right person. But until then, here's the reasoning behind why the ages between 28 and 32 is the best time in your life to say "I do:"

1. You've already had your growing pains.

The best age to wed is late 20s to early 30s. Getting married too young is a little too risky. Someone may still have a lot of growing and maturing to do. There is a good chance a person will make better choices in many areas of their life when they are older and wiser.

According to statistics done by Nick Wolfinger [Editor's note: Nick Wolfinger is a Professor of Family and Consumer Studies and Adjunct Professor of Sociology at the University of Utah], the time between the ages of 28 and 32 is the best time to get married for those hoping to have a lasting marriage. This age range nurtures individuals who have discovered themselves and what they want, both personally and in the work place. At this time, the woman's body is fertile for those looking to conceive and start a family.

The ideal age – according to astrology – is the 29th year or after. This is the year of maturity that is influenced by the Saturn Return. When the planet Saturn returns to our lives and makes a full circle around the natal chart, it connects with the natal planet of Saturn 29 years after birth. Saturn Returns are pivotal years, and can signify marriage, the birth of a child, change in career or change in residency. It is considered the transit that brings on full maturity. Most people who marry before their Saturn Return often get divorced later, as they mature and outgrow their partner.

There have been several studies done on this, and it's actually easier to rule out some ages. For men, you can generally rule out two to three years after a life-altering event. For instance, after college graduation, most men won't even consider marriage, or for that matter, even a serious relationship, for at least two to three years. The same applies for personal bankruptcy, divorce or a major relocation for work. So, while we can say the best age for marriage is 'x,' there are actually a lot of mitigating factors that people need to incorporate. If 'x' is 27, but the person just finished their MBA and is entering the corporate workplace, they will be highly focused on their career for at least two to three years.

– Phillip Petree, author of "The Man Puzzle: A Guide to Understanding Men"