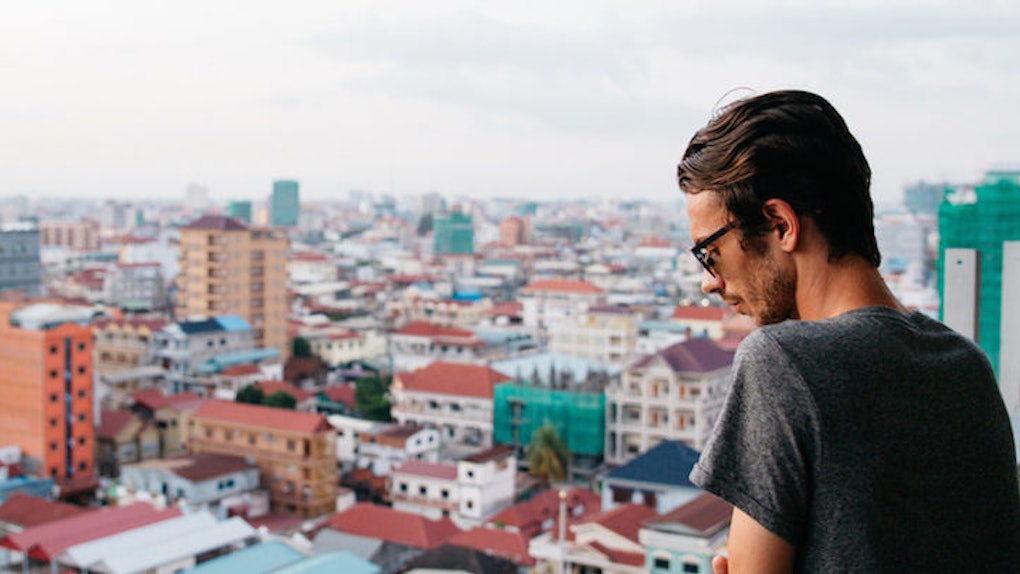 As women, we know this for a fact: Men are children.

When we commit to a man, we go in with the understanding there will be a certain amount of hand-holding, ego-stroking and general life-bolstering involved in the relationship.

In fact, it’s such an accepted reality that women have been known to make a joke or two about it over a drink, and compare notes on whose man is the most helpless.

"My boyfriend thinks the floor is the hamper, and apparently, I’m the maid."

"Make me dinner? I asked my man to bring me a piece of toast once, and all I got was a slice of cold bread."

This is reality, and all the ladies out there are nodding right now. Don’t pretend like you’re not.

Research supports this, showing women mature at a faster rate than men do. According to Psychology Today, a recent study at Newcastle University in the UK has proven “girls tend to optimize brain connections earlier than boys,” leading researchers to conclude girls mature faster in “cognitive and emotional areas.”

Therefore, it makes sense there would be a few areas in which men will always be just a little bit less mature than their counterparts. That’s okay. Annoying, sure. But as women, we’ve come to expect it.

However, this rate of maturity can become problematic when the woman is ready to make a commitment and get married, while the man is leaps behind. It becomes particularly troublesome for women when men use tiresome excuses as a way to avoid or delay an engagement.

They argue they don’t want to live in the suburbs or have babies right away, despite the fact their girlfriends have never expressed a desire for this kind of life, either.

They prattle on about being afraid of losing their independence, despite being in relationships with girls who give them every reasonable freedom.

They plead the financial burden of being a husband, even though their girlfriends have killer jobs they love and don’t plan to quit. They're concerned their girl's wanderlust will involve weekend trips to the in-laws’ house.

In reality, these men do not possess these fears, no matter how determined they are to convince their women otherwise. The truth of the matter is, they just refuse to grow up.

Unfortunately for them, this also means they will be the losers, on two accounts.

First, assuming they are in relationships with self-respecting women, they will soon find themselves single. Confident women want confident men. Confident men are not wishy-washy excuse givers.

Second, these men fail to realize adults have the ability to shape their own lives. Being an adult gives us power, unlike when we were kids living under a set of rules established by our parents.

For those who love to travel, adventure is ingrained in us, and it will live on if it’s fed and nourished. Jobs may limit our ability to stay out late on a week day, but weekends in Vegas are still on the table, as are after-work happy hours.

Kids may seem overwhelming and time-consuming at the moment, but we have the power to delay parenthood until we are ready, or forgo it entirely.

Couples who recognize time apart makes their relationships stronger won't ever devalue their independence. But by the time these men realize their alleged “fears” were really not things to fear at all, their exes have moved on.

Getting married is not settling down; it’s rising up. Men who don’t see that really just need to grow up.