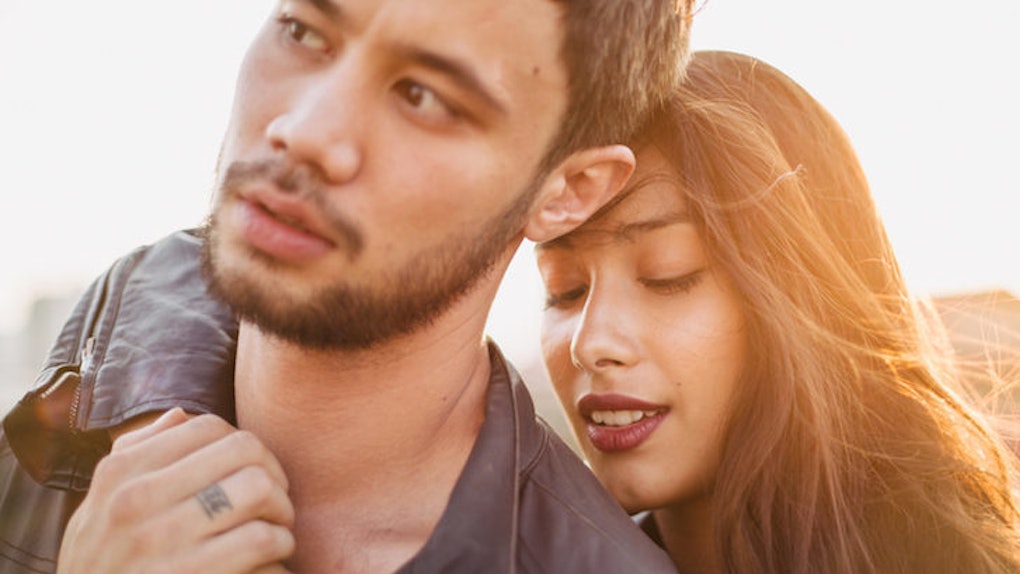 My last relationship — one that spanned nearly a decade — went something like this: a blissfully happy beginning with no fights, a tumultuous middle punctuated by a few breaks and breakups and a life-shattering ending with several incidences of cheating woven in.

This love was a battleground, and I spent years down in the trenches, operating from the faulty premise that relationships needed to be fought for every single day.

I was on a roller coaster of emotions, from one dramatic incident to the next, and things between us seemed incapable of running smoothly for an extended period of time.

Instead of seeing this as a reason to pack my bags, I chalked it up to being the natural state of any relationship, and I tightened my grip a little more.

Unfortunately (or fortunately), a death grip on the status quo can’t keep a relationship that’s intended to crumble stay intact. So, this period of my life came to an end with a heartless text and the gnawing feeling that maybe I just didn’t fight hard enough to make it work.

After swearing off men altogether for a good six months (followed by plenty of awkward dates and a growing belief I would be alone forever), I stopped searching.

Then, as the cliché goes, I met someone.

It wasn’t love at first sight, and I didn’t immediately start planning our wedding. In fact, I was convinced date number three would be the ending point, but I was wrong.

The reasons for staying far outweighed the reasons to keep looking. Then, I was in love.

But this wasn’t a love that felt like war.

It felt like sweat pants, messy hair and a dependable excitement every time we saw each other. It felt like comfort and safety. Everything moved with ease, and conversations were never followed by a lengthy session, in which I had to decipher the meaning behind every word and inflection in his voice.

It wasn’t that dramatic. In fact, it was completely void of drama. That, I realized, is the cornerstone of a healthy relationship.

As a reformed drama-addict, remember this next time you think real love feels exactly like emotional pain:

There’s a certain amount of self-protection involved in dating. In order to keep our egos intact and to avoid rejection, we hold our cards closely to our chests, and wait for the other people to reveal theirs first.

Some of that is normal. But doing things to intentionally seem aloof or spark someone’s jealousy is not the way to test someone's level of attachment for you.

If the person you’re dating can’t simply use his words, you’re likely in for an emotional roller coaster of relationship game playing. That is nothing short of exhausting.

After enduring several lengthy conversations (around year seven of my previous relationship) about getting married and his lack of enthusiasm at the prospect, I vowed to never again beg someone to make a commitment to me.

That alone should have pushed me to move on.

Real love is about people who are thrilled by the idea that they have the privilege of spending their lives with each other. It’s simple: If you don’t both want it, you should never have to try to convince someone you’re the right person for the job.

Your partner should already know it.

My last relationship — especially during the slow downturn before the official breakup — impacted all areas of my life. I was so consumed by this overwhelming feeling of powerlessness and lack of control, and my work suffered immensely.

Now, the rest of my life is positively impacted by the solid foundation of support I have in my current relationship. I feel powerful because I know I’m being emotionally taken care of.

If your relationship makes you feel like someone else is constantly in control of your emotional state, you'll eventually reach a state of burnout.

4. Real love doesn’t make you afraid of what’s going on behind your back.

It’s funny how quickly you can become used to the anxiety that’s spurred by the ding of an incoming text message, or the pit in your stomach when certain social media posts prove you don’t actually know what’s going on when you’re not around.

It’s easy to become consumed with remedying these situations in the short-term (getting to the bottom of each text and Facebook post). But the reality is, real love doesn’t have these daily stumbling blocks.

You don’t feel the need to uncover the truth because you actually can trust your partner. What a concept!

(Side note: The suspicion is your intuition speaking. Listen carefully; it’s usually on top of things before you are.)

In a twisted, self-destructive type of way, drama — especially in relationships — can be addicting.

It can quickly convince you an emotionally draining and damaging relationship is really just passionate.

Real love is straightforward and simple. It’s not devoid of issues and hurdles, but it doesn’t leave you feeling like your world is on the brink of collapse every other week.

I can assure you, real love, the kind that brings two healthy individuals together, isn’t that dramatic. And that is a good thing.