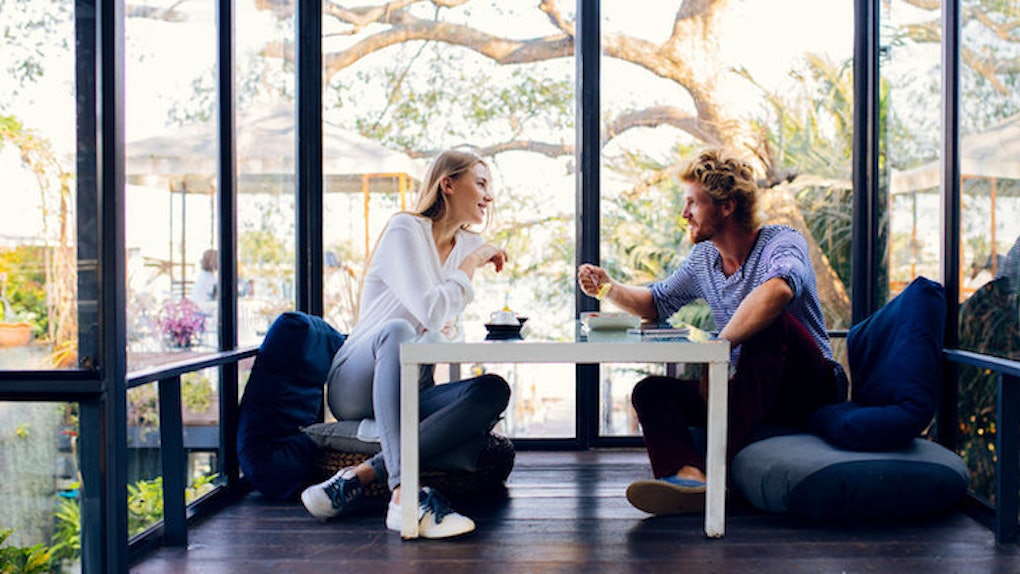 If You Really Liked Her, You'd Be The First One To Make A Move

When a guy has a crush on a woman, the normal progression of action would look something like the following:

1. Ask her for her phone number.

2. Strike up a text conversation, or make a real phone call.

5. Plan the second date while on the first.

We're starting to gather it just doesn't work in this simple, five-step process anymore these days. Why? We have no effing clue.

So, here's a general PSA to the guys out there: If you have a crush on a girl (and she knows you do), but you do nothing to pursue her, a lot of things are going to run through her mind. She's probably going to think one of these three really bad things about you: 1) You're lazy as f*ck, 2) you don't have the confidence to make a move, which is super unattractive or 3) your little “crush” isn't real.

We know the above three assumptions sound judgmental, but quiet frankly, we don't care. We're sick and tired of hearing about guys who have crushes on girls, but sit and do nothing about them. We understand this isn't the 1950s, and women have just as much of an opportunity to make a move as guys do. But, when it comes to the casual world of dating, this shouldn't be used as an excuse.

You need to be the pursuer.

We're over hearing our guy friends tell us about crushes they have yet to text or even respond to. We're done with finding out a guy is interested in us through the grapevine. There are men out there who are bold enough to admit they have a crush to any listening ear, but they never act on it. They don't tell the one person whom this information would matter to: their crush.

We seriously do not get it. We've had guys tell us to our faces they have a crush on one of our friends, but they never make a move. We watch as they don't don't text her, don't call her and don't make any effort to ask her out. Yet, they say they have a "crush."

Believe us, this isn't even some BS line they're using to get women to sleep with them. We've watched these same guys fail to initiate any sort of physical contact.

So, in comes these other two assumptions. If he's not trying to flatter her in order to sleep with her, but he says he has a crush, does he even mean it? But then, why would he lie?

Does he keep this innocent crush at arm's length because he has a girlfriend or something? Is he waiting for her to give him an “in,” or is he just extremely lazy?

All of these frustrating questions not only deter your crush from ever considering you, but they also help her move right along to someone who actually does pursue her.

If you really like a girl, you do not want this to happen. Sure, it might be scary, but take a risk and put yourself out there. She very well might be worth it. It's not like you have a crush on her for no reason.

So, to conclude this strongly worded PSA to the gentlemen out there, when you have a crush on a girl, make the move. Most women worth dating still wait for the guy to initiate something. So, don't hold your breath and wait for her to ask you out.

Most women want to feel desired and sought after, and begging a man to take you out on a date makes them feel the exact opposite. Don't treat us like sh*t because you “like” us. Respond to our texts, listen to what we say and show us you care in a real way.

If you really have a genuine crush on a woman, make a move and be genuine with her. That's how you'll set yourself apart from the f*ckboys she's beyond sick of. Then, you'll be the one to get a date.