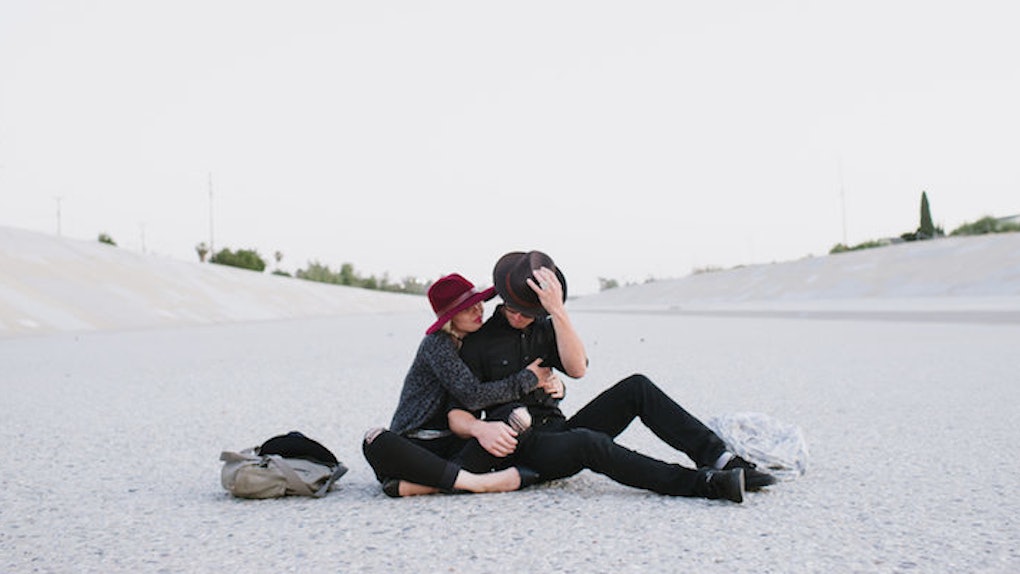 It always seems like it's the people who have done the worst to you who think you're doing the worst to them.

It's the deceitful manipulators and the dishonest storytellers who blame other people for being deceitful and dishonest.

It's the cheaters and the liars who always assume they're being cheated on and lied to.

It's the sh*tty people who can't help but project all the sh*t they've done onto other people.

Why does this happen? Why do those who have wronged you feel the need to make you feel worse than you already do?

All of this seems counterintuitive since it's normal to think those who have hurt you -- someone they're supposed to love and care deeply for -- would show some kind of remorse and try to mend the pain.

Sometimes, however, neither of those things happen. And there's a real psychological reason.

On his blog "Guy Stuff," marriage and family therapist Kurt Smith discusses the real reasons men cheat and blame other people and the steps they go through when they're dealing with what they've done.

Smith's post is catered toward men who cheat on women, but in a disclaimer at the bottom, he emphasizes that anything he says in this post also applies to women.

How men [and women] cheat is by dealing with the reality that they’ve hurt another by denying it. You don’t have to deal with something that is not a reality to you.

People who f*ck you over deal with what they did by, of course, pretending it never happened.

They remove it from their memory, twist it around and make you feel guilty for even assuming they'd do something like that.

This is the first step liars and cheaters take to remove themselves from the situation. If something isn't real to them, then they don't need to acknowledge or confront it.

It's an even bigger "f*ck you" to you, sure, but it's effective for them.

Which, to a liar, is all that matters.

After denying the truth, warping it becomes way too easy. By removing something terrible from their memory, liars and cheaters can create their own version of reality.

Denial is one of the coping mechanisms that cheating [people] use to mentally make it okay to cheat, [so] rewriting history and blaming their partners shouldn’t come as much of a surprise. When cheaters rewrite history and blame everything on their partners, there’s even less that they have to deny.

Liars and cheaters rewrite their pasts to make them feel better about themselves.

They morph what really happened into something that conveniently casts them as the innocent party -- and, in turn, casts you as the perpetrator.

They'll do anything in their power to shift the blame away from them, even if that means doing something as horrible and confusing as shifting it to you.

Liars and cheaters will still blame you, even if you leave the relationship.

If you gather up the strength to leave your relationship after this unfortunate turn of events, Smith explains, expect to still be pegged as the one who did the wrongdoing, even if the affair is out in the open:

When [cheaters are] denying reality, seeking to blame others and avoid responsibility, then making [their] ex-partner the bad guy is really pretty easy and makes sense. Making [their] partner out to be the bad one, and the one who has done wrong, can make [their] wrong behavior seem right.

Continuing to place all the blame on the innocent party is just the natural next step in a cheater's rewriting of the past.

When liars and cheaters make up something to be angry at, it makes them feel like their behavior was justified.

It makes them feel like you deserved what they did to you, like there's a reasonable explanation for why they would hurt you.

After all, according to their version of the story, you hurt them first.

Liars and cheaters eventually don't even remember what they lied about.

Eventually, Smith says, liars and cheaters get so caught up in their web of deceit that they forget what's true and what's false, which makes it even easier for them to continue to perpetuate lies.

They start convincing themselves you really did screw them over, you really were the person who f*cked up the relationship -- and they suffered as a result.

It's easy for liars and cheaters to get absorbed in their own fabricated universes. In their world, they did nothing wrong, and you did everything wrong.

It's a tempting world to live in -- if you were them, wouldn't you want to live in there, too?

Liars and cheaters are really good at hiding any remorse they might feel.

According to Smith, the (somewhat) good news is liars and cheaters are aware of the messy dual life they created and do some feel shame for it.

They do feel guilty for hurting you, denying the truth and shifting the blame in irresponsible ways.

But they're just good at pretending they don't care.

They hide their true feelings under a thick veil of deceit. They conceal their true emotions beneath the complex, fabricated world they created for themselves -- a world in which you become the bad guy, and they become the good guy.

Liars and cheaters should never be forgiven.

None of this will make you sympathetic toward the person who hurt you the most -- and it shouldn't.

But maybe it'll help you spot a cheater before he or she hurts you. Maybe, if you start noticing unusual hostile behavior, you'll realize it means something else is happening beneath the surface, and none of it is your fault.

You should never, ever feel guilty for asking what's up if you suspect deceit, nor should you succumb to the version of the story the cheater will fabricate for him or herself.

Walk away from the experience knowing you are the bigger person. And the right people will know that.