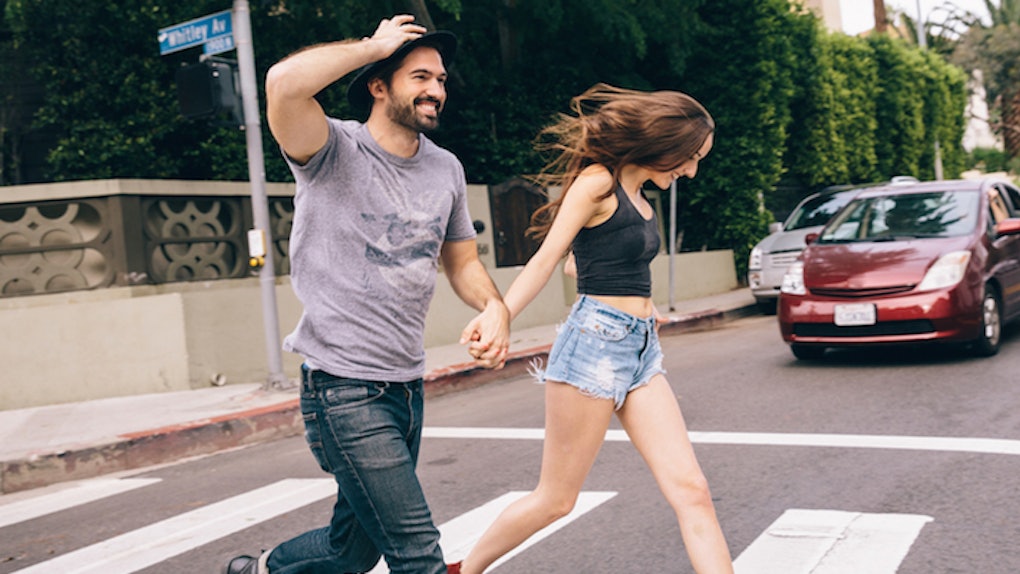 Signs You're Dating A Good Guy And Not A Jerk

If you're dating in your late 20's, chances are you've been in and out of so many shitty relationships, so you're used to dating jerks. You think you have to put up with douchebags and man babies.

But with all this douchebaggery, is it possible we've become so cynical that we think a guy is not into us because he takes his time to get to know us before he gets involved? Is it possible our generation wouldn't detect romance if it hit us in the head with a Louboutin?

I didn't realize how romantically damaged I was until I dated a good guy.

When he took his time to make a move, I didn't realize he was just being a gentleman. I was too busy sending him off to the island of lost dates, along with the rest of my previous undesirables.

Let's be real: We're not really looking for a man to send us long heart-felt love letters. We're just looking for someone to open the door for us -- if we want him to -- and have our back.

Here are 9 signs the guy you're dating is actually a good guy:

And not by playing twisted mental games. I mean he challenges you intellectually.

He enriches your life with his culture, books, travels, life stories... Basically you don't feel your IQ decreasing each time you two have a conversation.

He doesn't care about the details of your date plans, as long as they are with you.

Good guys love to joke with you, or just curl up in bed in complete silence while holding you in their arms. They know they don't have to be flashy to have a good time.

3. He's open about past relationships with you.

Your good guy is comfortable talking about his previous relationships with you because he knows they are no threat to you.

He's not trying to make you jealous. He only has eyes for you.

Have you noticed he quotes your previous conversations? That means he's been paying close attention to every word that comes out of your mouth.

5. He calls to say goodnight.

The good guy doesn't give you a call at midnight to come over for a booty call; he does it because he wants to hear your voice before he does to bed.

6. He makes an effort to try things you like.

Even though he is comfortable doing just about anything with you, he enjoys making your time together interesting.

7. He wants you to be the best version of yourself.

Your good guy encourages you to do your best at school and put in that extra effort at work. He has your best interests at heart. That's the kind of person you want to be around.

Yes, that's a cliché. But it is also true.

The good guy is upfront, doesn't play mind games and speaks his mind. He doesn't have a problem expressing his feelings towards life, or towards you.

9. He doesn't freak about meeting your roommates.

Roommates are (almost) like family and once he's met them, they are involved in the relationship as well. That means he won't be on the island of lost dates just yet.

Every girl deserves her own good guy, so if you encounter one of these rare specimens, hold on!