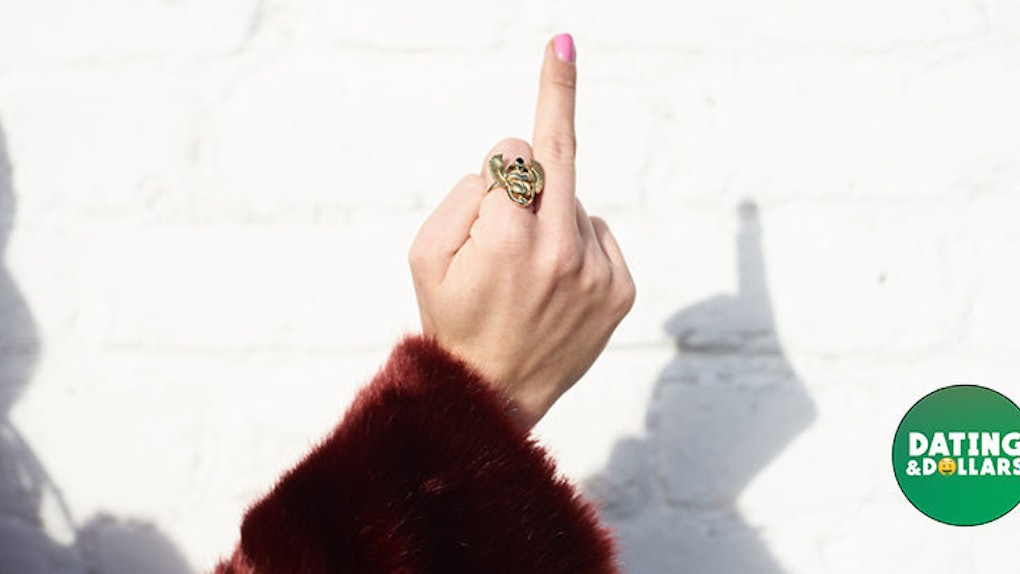 What Women Do With The Jewelry Their Exes Gave Them

When you break up with someone you've been with for some time, one of the hardest things you'll have to do is part ways with the things they left you with.

Some of that might be emotional baggage, which you'll find is the hardest to kick.

But some of those things might be tangible objects you can stick in the trash, sell for money or re-gift to family and friends without them knowing they were originally given to you by your ex.

If you're eager to move on from someone who broke your heart or just didn't have a place in your heart anymore, make note of what these seven women did to get rid of jewelry their exes gave them:

1. I flushed it down the toilet.

My ex-boyfriend had bought me five pieces of jewelry throughout our three years together. I found out one night that he had cheated on me. I had all the proof I needed that he was seeing someone else on the side, then I called him up and said 'don't you ever call me again.' I was so angry and disgusted by him, I took the necklace, bracelets and earnings he bought me and I flushed them down the toilet. I'm guessing I flushed down about $1,500, but I don't care. It was a great way for me to get closure on a terrible ex.

I had an old boyfriend who bought me a really cool looking gold necklace from a local shop we stumbled upon when we were on vacation. Well, only two weeks after that vacation, we broke up. It was mutual, and I moved on pretty quickly. But I felt like I couldn't wear that necklace around my new boyfriend. I had a good friend having a birthday party, and I realized I didn't need to buy her a gift — I could just put that necklace in a box and give it to her. She had no idea.

I know this sounds crazy, but I wear the ring my ex-fiancé gave me when he proposed. He called the wedding off three months before it was supposed to happen. I'm still dealing with the loss of a person I thought I loved and loved me. I haven't taken the ring off because I can't stomach selling it or giving it back just yet.

I made $500 selling two pairs of earrings from my two ex-boyfriends on eBay. It was pretty awesome. A great way to get closure and a couple of dollars. I used the money on a spa weekend for myself.

I'm not over my ex. We dated for a good four years and broke up just a month ago. He gave me this necklace I love a lot. It's gold with a diamond heart. I know I can't walk around wearing it, so I keep it under my pillow. It's my secret. It's my way of coping with this change and this breakup.

I went to a pawn shop the day I broke up with my boyfriend and sold all the things he gave me — jewelry and a guitar. I walked out of there with $300. We ended up getting back together right after that, and I had to explain what I did. He was mad, but I didn't regret it at all.

When my new boyfriend moved in with me, he found the pile of jewelry my ex had given me many years ago. I went to throw it all out, and he had the idea of selling it for us. He did, and we made $1,200. We used that cash for furniture. It was a good deal in the end for us.