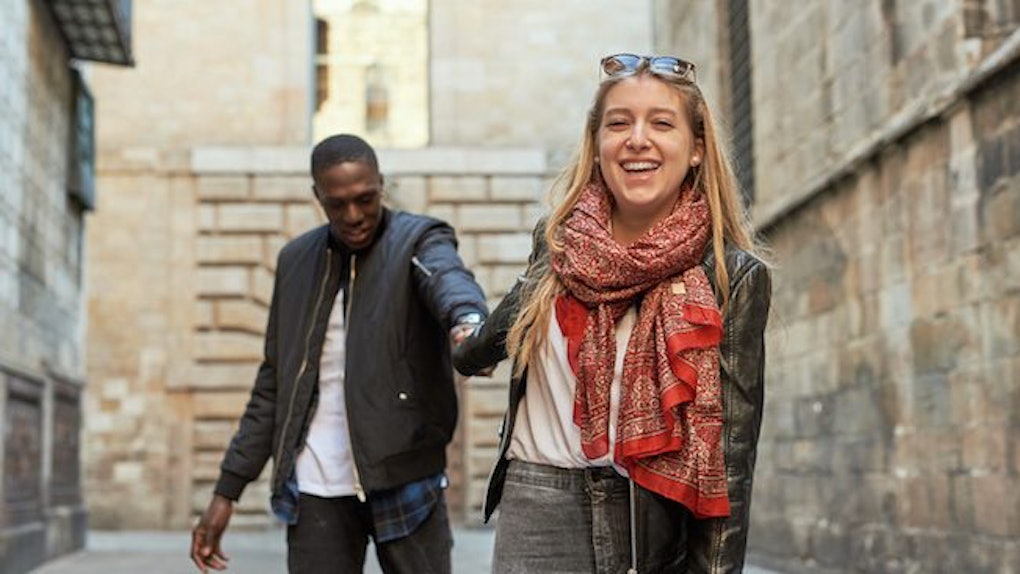 Is Your Guy Pulling The Slow Fade On You? 3 Surefire Ways To Figure It Out

The "slow fade." It sounds like a male haircut, or a lighting cue on a movie set.

It also sounds like what happens when someone gradually disappears out of your life like a (unpleasant) sunset.

The "slow fade" isn't ghosting, but it's not engagement either. Whether you are in a long-term relationship or you have been dating someone for six weeks, if your partner is slowly becoming less involved in your relationship, you're probably confused as to what in the F is going on.

Is he low-key ditching you, or is he just having a tortured genius moment where he needs some space?

Elite Daily went straight to the source and spoke to two men about the signs that indicate your guy is pulling the "slow fade" on you. Here are some red flags dating experts Benjamin Ritter and Chris Armstrong think you should look out for.

1. He's Slow To Respond To Your Texts

I'll admit it, I am a terrible texter. In fact, I got called out on it this morning by a friend whose text I hadn't replied to despite posting on Instagram. Oops.

Do you know who I am not terrible at texting with? The guy I'm into. (Unless I'm playing hard to get and trying not to seem too eager early on because I'm addicted to games.)

If your dude has slowed down his responses to your texts or if he's not returning your calls, there's a good chance that he's being a wuss and slowly making an exit.

"The guy may start to communicate less, so no more good morning text messages, shortened responses and fewer details about his life," explains Ritter.

If there is a noticeable change in the way your boo is texting you, take note.

Despite being a hashtag woman, I'll also confess that I like my guy to text me first and frequently, especially early in a relationship. Feminism be damned, my insecurities are soothed when he's the one reaching out and making plans.

This means that I usually know exactly when the tables have turned: If I am suddenly the one to reach out and make weekend plans.

If "you're always the one calling, trying to make plans, just checking-in, and slowly, their response rate decreases," says Armstrong, he's probably trying to next you.

It's the worst feeling in the world, and the fact that he no longer texts you first is definitely a sign that he's on that "slow fade" train.

Hopefully if you are actually engaged, your SO will have a face-to-face conversation with you rather than slowly fade away, but disengagement comes in many forms.

"When a guy stops asking about your day, caring about your well-being, and stops being vulnerable himself in the relationship, he is building up the walls that will eventually help him feel better about leaving," explains Ritter.

Even if he is still texting you and seeing you regularly, if he seems disconnected or distant, pay attention.

"You may also slowly stop really knowing what is going on in his life, or big things that happen don't really come up in conversation," says Ritter. "You're basically becoming a normal person — and losing the benefits that being seen as relationship material or a catch give you."

"Waiting is weighting," says Armstrong. "Waiting on someone to respond or initiate communication weighs on you, so don't wait on them."

If you're in something that's in its early stages, stop initiating and texting and wait to see if he comes back around. If he's interested, he will. However, if you are in a long-term relationship and he is slowly cutting off communication, you really need to have a conversation about it before making any big decisions.

Also, trust your gut. No matter how serious you are with the guy you are dating, you usually have an instinctual feeling about what's truly going on.

"People spend way too much time in relationships that are already over. We psychologically fear loss more than the idea of gaining something," explains Ritter. "When you know something isn't working, it most likely isn't going to work. Don't drag someone along that is trying to fade away."

Of all of the cheesy sayings about love and relationships, I really do believe that what is meant to be will be. If this guy is fading away, let him. You deserve better. If he comes back into your life at a later date filled with apologies, a genuine desire to change, and a vase full of peonies, give him another shot then.

Don't give someone the satisfaction of being able to shirk responsibilities and fade away without confronting reality. The "slow fade" is just diet ghosting, so break up with him first.