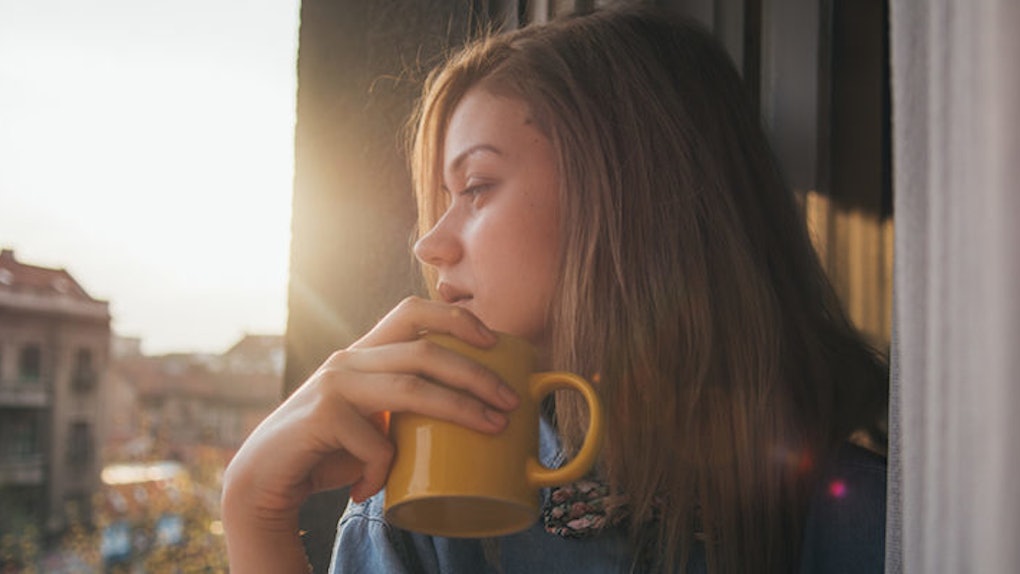 Being Single Is F*cking Horrible, So We Need To Stop Lying To Ourselves

This will not be polite.

Honestly, if I have to read one more article about how fabulous it is to be single, I’m going to throw up in my mouth.

Thanks, but get out of here.

Let’s not glorify a subject that makes me want to drown my single sorrows in a bottle of malt liquor, shall we?

The fact of it is, I’m so cool, and everybody else sucks.

But, I’m the one who’s single, and these people are the ones with boyfriends.

Give me a couple seconds while I yoga breathe my way through making sense of this, and then I'll continue with that vomit-in-my-mouth feeling.

I’m not saying being single is always a disaster.

Being single is amazing when you’re in college, when you feel like Samantha Jones is your spirit animal or when you’re going through a colossal reinvention and don’t want any dicks to steal your focus.

But being single isn’t so amazing when you’re too amazing to be single.

I can be jaded, and hell yes, I can be bitter.

And half the time, all I want to do is chew a bunch of Xanax and pass out for two weeks straight, just so I don’t have to dwell on my dire relationship status.

But instead, I will take the classier approach to believing in my inner-cool and not-psycho self.

I'll pour all that good energy into the world and hope it’ll boomerang back to me (or something).

"I’ve been a really great girl this year!"

"Can’t you come and find me, please?"

If anything is going to boomerang back to me at this point, it doesn’t feel like it’s going to be love.

I don’t want to feel like I could star in my own comedy show about my most awkward sexual encounters.

I don’t want to learn any more “lessons” that feel as confusing as science projects.

I don’t want to feel like I could write a novel about the worst pick-up lines I’ve ever had the displeasure of experiencing firsthand.

So where are all these “boy meets girl” stories?

I want to be the girl at the café who needs the milk and meets the boy holding the milk, and then we fall in love forever (or whatever).

I’m also willing to get hit by a cab, if that’s what it takes to fall in love.

I just feel as though the universe has already put a certain amount of these scenarios on the Earth, and they’ve already been used up by every other basic bitch.

Here I am, sloshing through a typhoon of subpar experiences that everybody tells me will only help me realize what it is I want and don’t want in a relationship.

You live. You learn.

There is no silver lining.

I shouldn’t need another shot of tequila to try to convince myself this dude doesn’t already completely annoy the sh*t out of me.

I shouldn’t have to hear how guys are just too intimidated by pretty, intelligent girls and are terrified of rejection.

If you’re not going to talk to me first like a true man, then stop undressing me with your eyes from across the room.

Then, I can go back to chugging drinks without any expectations, and I can keep texting my friends about how I hate everyone tonight.

My mother suggested I go to a museum or get a new hobby, as if climbing a wall or seeing a Matisse will suddenly fulfill that gaping hole in my life.

And it only gets worse because everybody who is taken sucks.

I just don’t get it.

They are the chronic daters.

They are the ones who drink pinot grigio at sports bars and don’t know how to cook dinner.

And what is it with these couples never matching?

The guy is always hotter, and the girl is maybe a seven (at best) and always has a stink eye.

She probably turned him into a vegan, cries when she gets wasted and forces him into every duck-faced selfie on her Instagram.

But, he’s just as bad for giving in to it, and I could never envy that kind of passive dude.

So carry on, boy and girl vanilla.

I’m just the queen of doggy style over here, and I can cook a lasagna to save the world.

I'm simply looking for a permanent shuffleboard partner who’ll screw me whether I win or lose and not feel the need to cuddle after.

But those two can enjoy their brunch.

I don’t know why I still have it.

The only posts I can stand these days are either about hockey, ugly dogs or bacon.

Otherwise, I just can’t because of all the marriage and the babies.

"Oh, I remember that girl from college. She was always hooking up with a different guy every other day, and now she has two kids whose names begin with the same letter."

"What is up with those pregnancy pictures?"

"Why do they have to make hearts with their hands like that?"

"Are they really that happy smiling at an aquarium or under an apple tree?"

I get that people change.

I just don’t get how these psycho or boring people have found love and lives for themselves (even if a little clichéd), and I haven’t.

Even others you’d never imagine — those with daddy issues, those who sort of look like horses or those who have meltdowns over French toast that doesn't have enough butter — are the ones with the boyfriends who are both good on paper and have beards.

I just can’t deal with it for one more second.

I guess it’s good, though, that in this barren love life of mine, I still believe in how cool I am, regardless of how much everybody else sucks.

I just don’t want to be single anymore.

I want to be done f*cking around, so I can give myself wholly to one person who doesn’t give a sh*t about all the dumbass sh*t I don’t care about, either.

I just want to order delivery with two sets of plastic forks and have the same man kiss me forever.

Is that really too much to ask for in life?