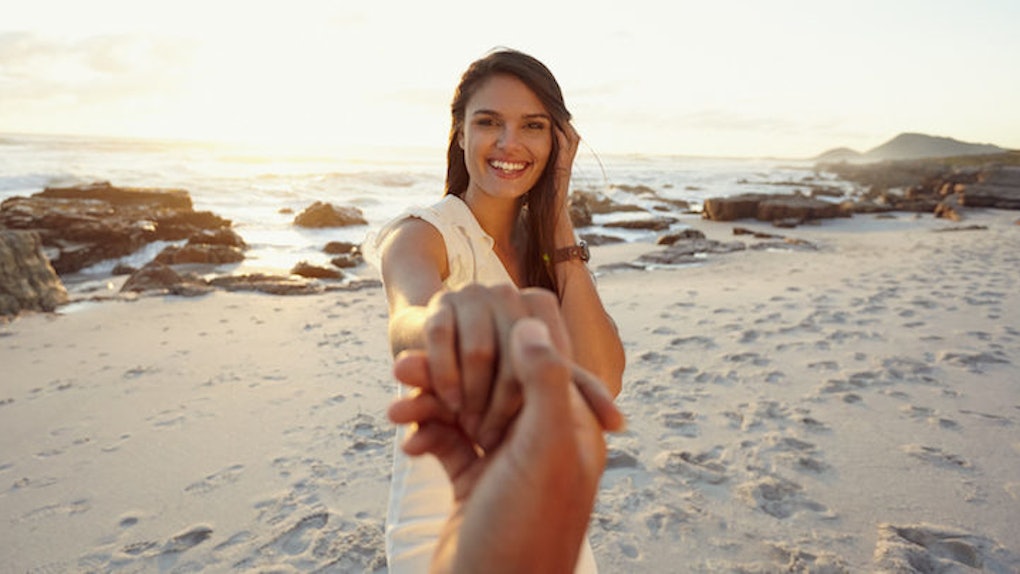 To The Moon And Back: Why I Like Being The Rock In Friendships

Romantic relationships and friendships are supposed to be based on the fact that someone will be there through the good times and the bad ones.

However, we live in a society where we think once we get tired of something, or there is something better out there, we can just upgrade to the latest thing.

Some relationships endure this nuance, and some don’t. But, I’ve learned over the years that being someone’s moon is sometimes better than being someone's sun.

I’ve been with people through good periods in their lives, and it’s always amazing. It’s a good feeling seeing people happy and excited about their accomplishments.

When those moments happen (and hopefully they happen a lot), we become background characters in people’s lives, while their accomplishments and endeavors become the forefront.

And this isn’t a bad thing.

Sometimes, it’s good to be a supporting character in someone else's story. This is a crucial part of any relationship.

I don’t want to be people's sun on their good days. I will be there for them, but I want something that has more meaning and more depth when it comes to the relationships I have with people.

I’ve been through the terrible times with people, too. And I would choose being there as someone’s rock in the bad times than just being an observer during the good times.

I want to be that light in people's lives that makes them know the sun is going to rise again tomorrow. Or, I want to be their guiding light when they can’t find where they are going.

Life happens, and we don’t always know where we are headed. Sometimes, we need a guiding force to help us get through things.

I think seeing someone at some of their worst times and sticking around solidifies the bond the two of you share, whether it be a friendship or a romantic relationship.

Maybe I’m a cynic, but there will probably be more crappy times than good times.

But I think as you grow up, you learn this. And when choosing the relationships you have with people, you have to choose people who won’t just stick around for the good times.

Nobody wants to be left alone when it gets dark.

People want to know when the sun sets or it gets gloomy out, their friends or partners will be there, even though there is no longer as much light and happiness.

For me, when I found the love of my life, we shared a lot of memorable moments together. We had a lot of sunny days.

However, my love for him intensified when I saw the darkness he possessed. It doesn’t make sense. Most people fall in love with someone’s best qualities, not the person's worst.

But it was his worst qualities that made me realize we are all human. Sometimes, we have to love someone through those gloomy times to get to the better ones.

Maybe that’s why we ended up not working out.

I was willing to stay and love him through the good and rough times. I wanted to be his moon when things got complicated, and he just wanted someone who would be his sun.

He realized we were in rough water, and he decided it was easier to jump ship.

Maybe, it’s choosing to love people for better or for worse, no matter what. Maybe it’s being their sun, their moon and just defying the impulse to jump ship.