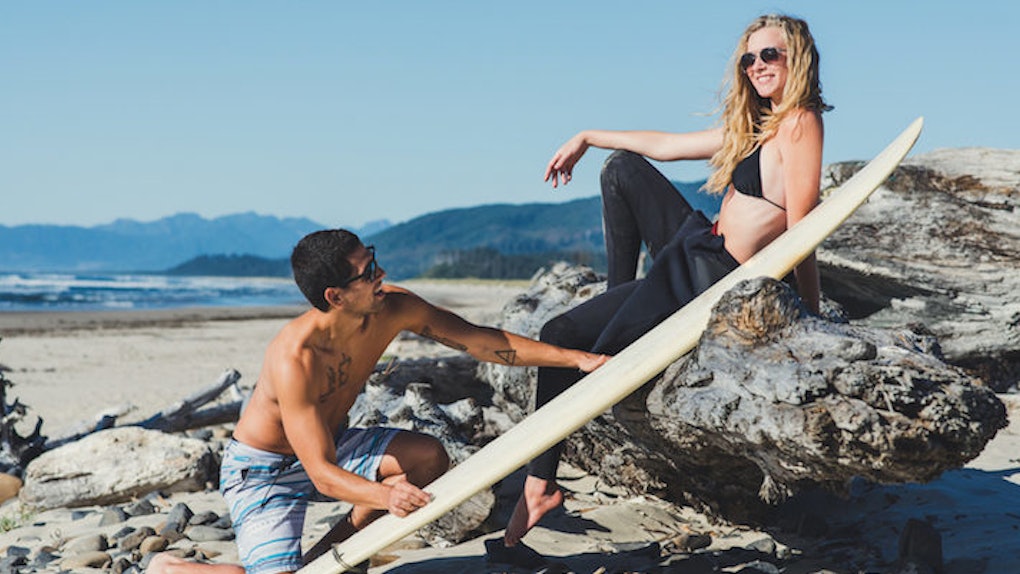 In this little love life of mine, I've always been the captain of my relationships.

And as captain, I've been forced to choose where we go and what we do. I planned, delegated and initiated... even in sex.

I booked vacations, brought up issues and broke out the condoms. I did everything. And it hurt me that my boyfriend never wanted to help with the load.

Now I’ve learned that I don’t want to steer anymore. I’d rather share the wheel.

I’m looking for someone new -- someone with balls as big as my own. I’m looking for a partner who is not afraid to take charge, travel, voice his opinion and have his own set of goals.

And here's how he should do it.

He should make plans.

It’s disappointing when guys repeatedly ask us what the plans are without offering some ideas of their own.

Men, we aren't your assistants. We shouldn’t always be the ones crafting dates or trips. It's draining to research vacations and craft itineraries.

A relationship should be give-and-take, so it would be nice to have men take the reigns for a change.

Men, start giving a little. Plan something, anything. That "get dressed, I'm taking you out tonight" text will light up any girl's face, even if you do just wind up taking her to Burger King, you cheap bastard.

He should teach YOU something in bed.

Women shouldn’t be the only ones introducing new positions and tricks. We want sexual pleasure just as much as men. We want to be Moaning Myrtles with a man who knows how to treat us and eat us.

Pull the car door open for us, and pull our hair in the bedroom. Dazzle us with the D. Orgasms will always be fun, but we want more than the textbook O.

Give us sweaty sex stories to make us smirk when we're supposed to be working. Leave us in awe-gasm. Stop making us roll our eyes in missionary position. Instead, make us quake on top of a washing machine.

We already have p*ssies, guys. We don’t want to date them.

He should be protective.

I’m not saying he should be a psychopath, but he should have your back.

To everyone else, he's your personal bodyguard. To you, he's a teddy bear.

He should tell you when you’re pissing him off.

True cowards withhold their feelings. Men who lack balls are also not verbal. They bottle up their emotions until they drown in them, and this tanks the relationship.

A real man -- one with cajones --  tells you exactly how he is feeling in order to address, resolve and prevent problems in the relationship. He will be humble enough to swallow his pride and bold enough to open his mouth.

He should be brave.

You should be able to keep up with each other.

If you like to cage-dive with sharks and jump out of airplanes, make sure to pick the guy who will be holding your hand.

And if he wants you to join him at the gym, try it. Throw on those (old) sweats.

If you're supportive, you'll see your support reciprocated. When you want to go on an African safari, he will have his antimalarial pills and passport in hand.

A ballsy guy won't shy away from your love for adventure (or your love itself). He will be as down for you as you are for him.

He should be driven.

Your boyfriend should not only support your career prospects; he should also have his own.

Nothing is more attractive than ambition and intelligence. A perpetual craving for self-improvement is a must. Queens want kings, and you simply can’t put a crown on an airhead.