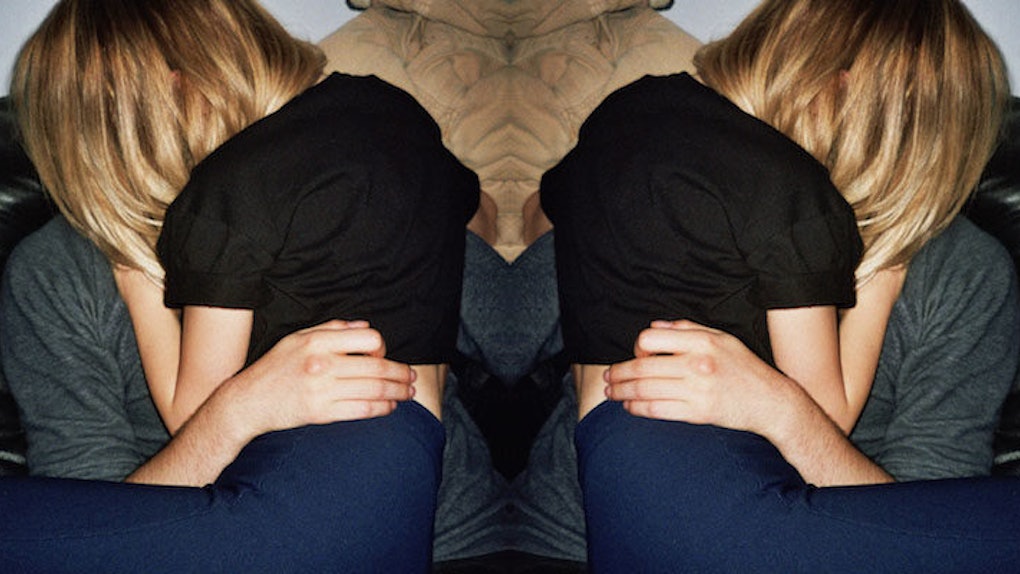 The Need To Be Free: Why I Don't Regret Cheating On My Boyfriend

All of high school, I dated the same guy. Let’s call him Thomas.

Our relationship was full of great times and laughs. He made everything seem like a fairytale. It basically was a dream come true, until guys stopped acknowledging me as a woman because I wasn't available. I was just a blurred face in a sea of people, and to be completely honest, it sucked.

At first, I started to dress nicer, and I did my hair and makeup entirely for school. But, it wasn't working, I was still the girl with a boyfriend.

I'm not saying I was pissed I didn’t get attention because I did. I got it from the guy who really mattered. I'm just saying I wished other people had still seen me as a woman.

It wasn't until college that I was finally recognized as my own person, and not just Thomas’ girlfriend. A lot of people knew I had a boyfriend, but I never just came out and said, "I have a boyfriend." I know that isn't right, but at the time, it seemed like an acceptable thing to do.

College wasn't easy for Thomas and I. It was filled with missed phone calls, arguments and suspicion. Pretty soon, he would only text back once a day or not at all, so I really didn't know where we stood.

I never planned to cheat on Thomas. I was still in love with him, I just wasn't happy with him. I think part of the reason why I cheated on him was because I had only been single for very brief periods of time, so I never got to experience a "wild" period.

At the same time, I knew I couldn't let myself do it. Society has led everyone to believe people who cheat are horrible, and I knew I was not a bad person. But the more I heard about people doing these crazy sexual things, the more my curiosity grew.

I cheated on Thomas with someone I saw all the time at this frat house I went to freshman year. He was kind, smart and hot. It was hard to not be into him; every girl was into him. I think that's what made it a little more exciting.

He knew I had a boyfriend, but after a while, our sexual attraction seemed to be mutual. One day, he asked me to come over and help him with the homework for our class. About an hour into us studying, he told me I was really pretty, and it sucked I wasn’t available.

After a few minutes, I finally said Thomas and I were on the rocks, and I’m not sure how much more I could take. He responded with a smooth answer, like he would never treat me how Thomas did, and just like that, he leaned in and kissed me.

It made me feel excited and needed.

One thing led to another, and it all happened so quickly. Right after, I got dressed, finished helping him with his homework like it never happened and just left. It wasn't emotional or loving; it was just casual.

During the hookup, I felt a whirlwind of emotions: disgusted with myself, angry, excited, needed and then finally content. It gave me a chance to experience a ton of emotions I had been holding in for a long time. It made me realize Thomas wasn't the person I wanted anymore.

After it happened, I felt really guilty. So, I decided to tell Thomas because I couldn’t keep leading him on. Once I did, I learned he had been cheating on me for months. It was heartbreaking and painful to hear, but I suddenly didn't feel as horrible about myself.

Obviously, after that, we broke up. I hated him for a while, but then I realized he was a big part of my life, and it didn’t make sense for me to hate him.

When we came home on break, I asked him to meet me so we could talk. I realized I stopped loving him as my boyfriend a long time ago, but I just needed him to still be in my life somehow.

We are still really good friends to this day. A lot of my friends think it's weird how close we are now, but we knew we liked each other as people, so why not be friends?

I'm not saying me cheating on him is justified because he cheated on me. All I am saying is that I often think about it, and I question why I didn't feel guilty about cheating on Thomas. My answer is the same every time: It was something I wanted to do for me.

It doesn't make me a slut, and it doesn't make me a bad person without morals. I didn't grow up with a family that emotionally f*cked me up, and I am not cold-hearted. After cheating, I learned I would much rather be casual than be tied down in an unhappy relationship.

I also realized cheating is not for me; it’s something I could never do again. Cheating on him also opened up my eyes to see there are better people in this world for me other than Thomas. I am at peace with my choice, and when I step back and take a look at my life now, there is not one thing I would change.