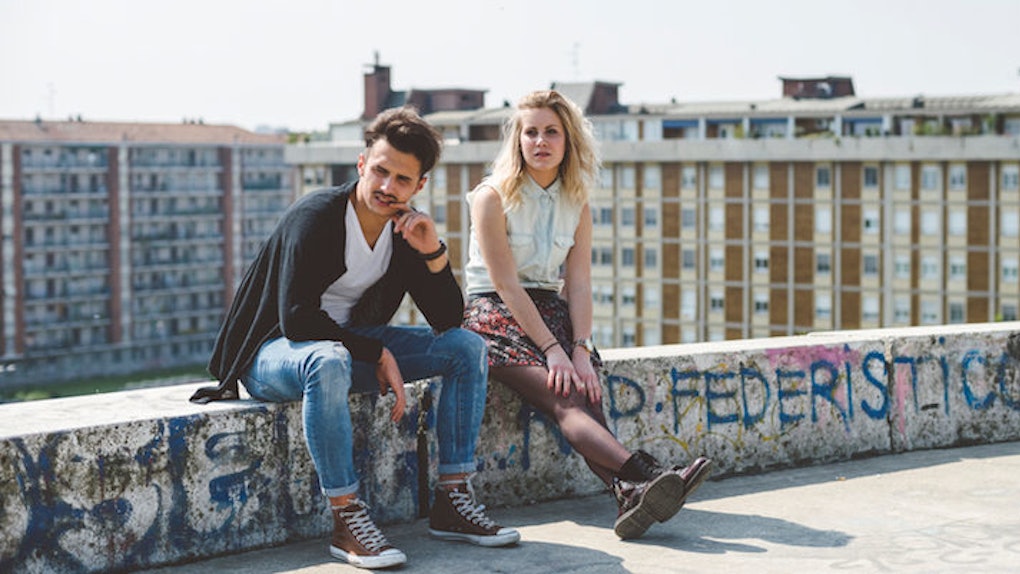 My Husband Cheated: How I Dug Deep Within To Forgive But Not Forget

I am extremely protective over what my husband and I have built together. We married quickly, and I became pregnant soon after. It was very clear to me that having a successful relationship would result in a happy child.

Prioritizing my husband’s needs and preparing for my daughter suddenly consumed me because I was certain my future happiness depended on it.

I was so wrong.

Although I did not see it that way at the time, what happened next was a series of disappointing events.

I dropped out of college, moved to California and became a stay-at-home wife, while my husband chased a business idea he was determined to find investors for. I seemed happy, and for a good short time, we were.

My beautiful daughter was born, and my husband was able to work out a business deal that kept me comfortably at home in our two-bedroom apartment, overlooking Albany Hill in El Cerrito, close to Berkeley, California.

Then, he cheated. My husband cheated on me.

My daughter was 4 months old, and I was beginning to really love my new post-baby body I had worked so hard for. It was a time that should have been filled with love and beautiful memories of our young family.

I was running around, cleaning up after indulging in a huge breakfast that left the kitchen a disaster, when my cell phone rang. It was my best friend who lived in Arizona.

She had moved to California with me and my husband, before deciding she was too homesick and moved back. After we said our hellos, she told me to sit down. Then, in a puff of air, she blurted out she had slept with my husband. I was dumbfounded.

A lot happened before I jumped on a plane with my daughter, bound for the islands of Hawaii to stay with my mother, but it doesn't matter. I was more sad than anything else, but I told myself I was angry.

How could he let this happen to our family? Our family? I hated that I didn’t want to live a life without him.

At times, I believed it would have been so much easier to be able to leave him and leave this mess in my heart. I was certain I had no room in my heart to forgive him, and I didn’t want to.

He eventually came out to Hawaii and asked for forgiveness. We moved back to Arizona where I could finish school. He decided to go to law school, and it seemed like things were really looking up.

I was a depressed woman who was about to become very bitter. Slowly, I learned to push the boundaries of our marriage. My mood swings consumed me and the status of our relationship.

For awhile, I punished him by declaring we were in an “open marriage,” and it became “okay” for us to see other people, while still participating in a relationship with each other. Despite the negative things I had heard about open marriages, this decision made me feel better about our situation.

My self-esteem was so broken, and I was desperate to rekindle my relationship with my confidence. Deep down inside, I knew there was a very hurt little girl who had once romanticized everything about her future.

Now, she was pulling back the veil on reality, seeing deceit and mistrust in every situation. I was dating guys who were unsure how to proceed because they knew I was married and a mother.

I reassured them it was entirely okay, considering how my husband had disrespected my marriage. We were in an “open marriage,” but I was the only one who was dating. He patiently waited for the phase to run its course, which it eventually did.

With a now “closed” relationship, you would think things were optimistic for us, but I was more cynical than ever. I simply didn’t trust him, and I found every opportunity to criticize his behavior.

I wasn’t sure how to start trusting him again. Our fights would leave me with a pounding headache and a burning rage I didn’t know what to do with. I checked his emails, his social media messages and texts for a sign of anything.

I detested the young, smart and pretty women he went to school with. I had a bad habit of forcing myself to recall the moment I found out about his betrayal, and I would let the pain wash over me. I let it drive me. I let it hate him.

I had always been proud of my cool, level-headed way dealing with relationship issues. Now, when we argued, I let a train of raging thoughts get the best of me. I blurted out any hateful word that popped into my head.

We fought, fought and fought. At my worst moments, I caught myself saying horrible things about him to my young daughter.

It was at one of these very low, very depressed moments I realized my life might be ruined. Something needed to change.

It was a layered, complicated time in our relationship, and I was desperate to gain everything back I felt I had so stupidly sacrificed.

When a few days would pass without an argument, I seemed to sabotage the peace by reminding myself of his infidelity. Eventually, the rage inside me turned into resentment. Then, I began practicing self-love.

I love a good joke. I love to write songs. I love to watch old movies. I love long walks in the city and delicious coffees at cafes.

When I began to exercise my freedom to choose what to fill my time with, I was pleasantly surprised at how quickly my relationship with my husband improved.

We sought couples counseling when we had arguments that were repetitive. He built a gardening box in the backyard for me to grow vegetables. I learned to let go of certain habits that led to our negative interactions, and we slowly began to grow together again.

My husband is a good man. I tell myself this daily because it’s true, and because it’s easy for me to forget. I had never been cheated on before, and I found it excruciating beyond belief. (And I’ve naturally delivered two babies, unmedicated!)

He patiently waited for me to run the lap of irrationality, with my bleeding heart and sarcastic mind. I did everything I could to bring him down to my sunken level of emotional despair, and he did not flounder.

He let me yell, cry and shout things I’ve never said to anyone before. He held my hand when I wanted him and left the room when I needed space. He nodded, apologized and professed his love. He understood.

I am not over it. I’m not certain one could ever get over a thing like it. But, the time passed has allowed for us to build a new foundation that is holding up strong.

Today, if he’s reminded of his cheating, he quickly apologizes for it, and it stings for a moment in my heart. Then, I catch my breath and even find it in me to smile at him.

It’s a strange thing, thinking of how much pain we can inflict upon others. I have found it’s easiest to love him when I love myself. When I simply practice the very little things I know for certain are enjoyable to me, I find that part of myself is in love with him again.