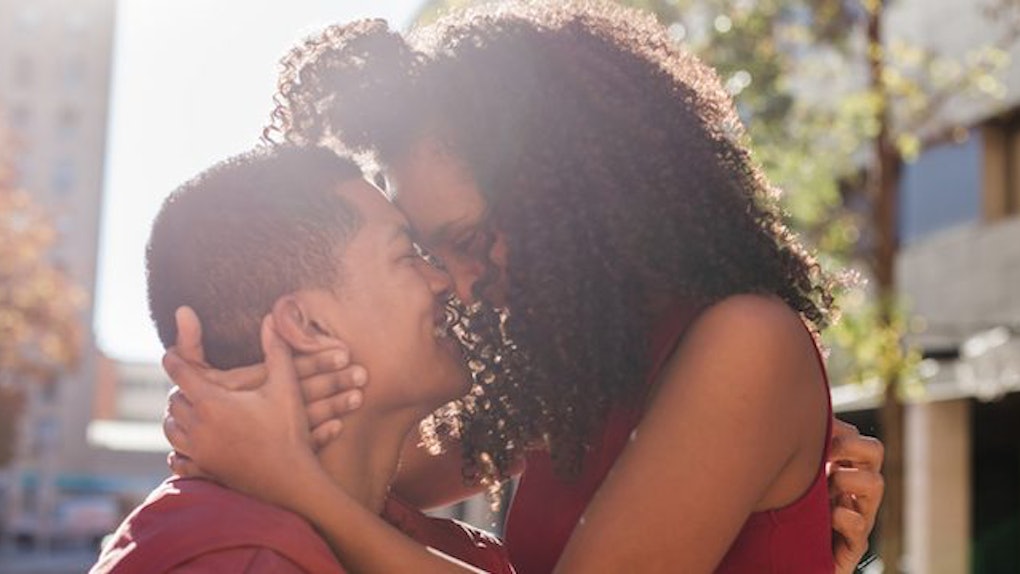 Have you ever heard someone say, "When you find The One, you'll just KNOW," and you leave the conversation feeling more confused than ever?

How exactly is it possible that you'd meet a person and immediately know they are the other human you've been waiting for, the one you'll spend the rest of your living, breathing days with? It just seems like a crazy theory.

I'm here to tell you that even if the universe doesn't send you a sign of divine intervention that you simply cannot ignore, there are ways to tell whether the guy you're dating is worthy of even being considered The One.

1. He respects your life outside of the relationship.

As a teenager, you probably spent every waking, living moment with your boyfriend. That's how you thought it — love — should be, right?

Maybe you even neglected your family and friends a little bit when you were caught up in the whirlwind romance that it was (guilty!). But as an adult, your priorities change.

Someone who truly respects you will understand that sometimes you just want space or you want to grab a drink with your girls, and this won't be an issue because he'll do his thing too. Someone who can let you live and love you at the same time is worth hanging on to.

Someone who can let you live and love you at the same time is worth hanging on to.

2. He's helped you grow for the better.

The man you spend your life with will transform you into the person you were meant to be. This isn't to say that he'll change everything about you, but he will, however, awaken parts of you that you didn't even know existed in the first place.

He'll bring out a side of you that somehow makes you feel more complete, more at ease with yourself and the happiest and most fulfilled you've ever been.

He'll encourage your dreams and help you get there no matter what the cost because he believes in YOU, and that is the best feeling in the world.

You don't worry about where he is at night, when his phone rings, when you don't hear from him for a few hours because you know at the end of the day, he'll be there for you as the same man you saw the day before.

Your insecurity is almost nonexistent, and there are no insane, plate-smashing fights or threats to break up. Sure, you may argue, but you'll both know your love is stronger than your desire to be right.

4. He fits in seamlessly with your family and friends.

Your friends and family are the constant in your life, the people who will (hopefully) always be there and not be afraid to tell you what they think.

So, if they think you're wasting your time with a dude, best believe they won't hide it! When you bring home a guy and your mom pays more attention to him than she does to you, when your friends start asking him to hang out even when you're not available, that guy's a keeper.

And finally, the guy you spend the rest of your life with is your best friend. He is the person you go to for everything, good and bad.

He's the only person who knows you better than you may know yourself. You trust him with your life and would do anything to make him happy, and vice versa. He understands your weird quirks and he loves you even more for them. He accepts you totally and completely.

Everyone has someone out there who is "The One" for them. It's not a myth, it's very real. So don't lose hope because he's out there, just waiting for you to find him.