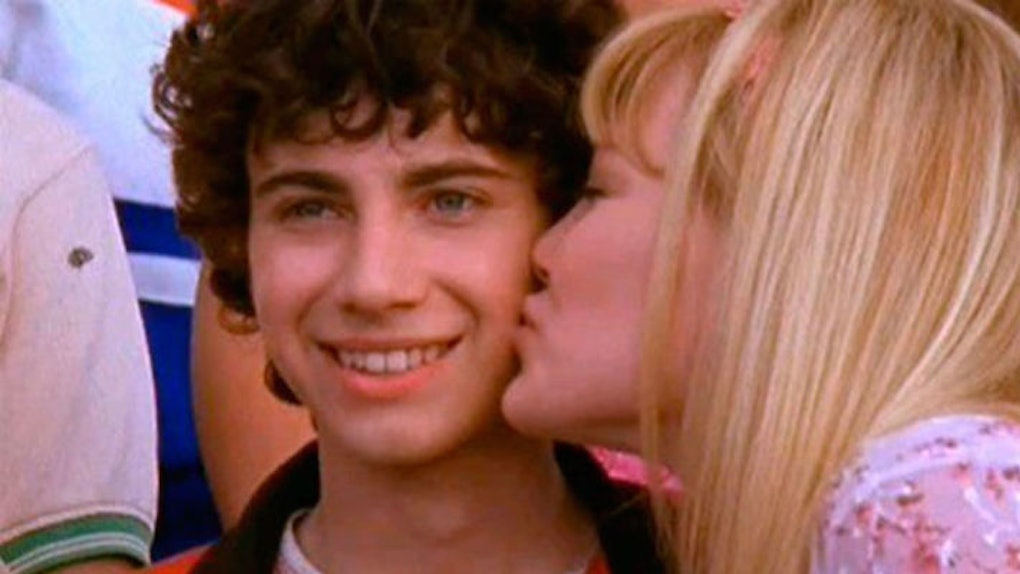 5 Ways To Avoid Being Put In The Friend-Zone

Forging friendships with the opposite sex is really great -- except for when you actually wanted something more. Then you find yourself stuck in the dreaded friend-zone.

A state of being where a male inadvertently becomes a 'platonic friend' of an attractive female who he was trying to initiate a romantic relationship.

Simply put, guy is attracted to girl, but girl isn't really attracted to guy. She thinks of this guy as one of her girlfriends, and therefore doesn't have any sexual attraction to him.

(It also doesn't have to work this way gender-wise by any means, but I'll use guys chasing girls as the example here for simplicity's sake.)

You may think you were getting close to scoring your crush's heart, but somewhere along the way, you took a few detours and now you guys are friends. Once the sexual desire vanishes, there's almost no coming back.

How does this happen? Often, it's because the guy is too timid.

He treats the girl as a friend right from the get-go, and never makes advances or reveals his feelings toward her. When the intentions aren't made clear, she'll simply lose romantic interest. The guy then becomes another platonic friend.

Getting stuck in the friend-zone is the worst when you thought there was something more going on. Of course, friendship can be amazing and great and way better than a relationship. But if you wanted something else and didn't realize you weren't accomplishing it, it can be.... confusing, to say the least.

So here are some guidelines for those who continually find themselves accidentally becoming friends with their crushes instead of making moves.

Dating has shifted in a lot of ways recently. Often, the first point of contact is made on apps or dating sites, which means you often don't know a person well before going on a date.

But use this to your advantage! Don't spend months texting and trying to get to know her better. Simply be direct about what you want and ask her out.

Intentions and sarcasm can't be read through a texting back-and-forth. It's not personal enough. Pick up the phone and call her.

Your intentions are more obvious when the tone is clear, and of course, it'll seem more personal to make the effort to call.

When you finally make it to a date, be sure to appear confident and sprinkle in some compliments and see how she responds. (Also, this is a good way to make it obvious you're on well, a date, and not a friend hang.)

Or after the date, “express your flirtation via text/Snapchat emojis and pics," which is a tip from Jenny Apple of Jenny Apple Matchmaking.

On the date, instead of spending time talking about daily life, be more engaging. Ask unique questions that make her think. Ask her what superpower she wants or who she admires most or what her weirdest habit is.

There is nothing worse than having a boring conversation. Small talk won't get you anywhere.

Keep her on her toes. Plan a fun date, gift her something small, show up to something unexpected. Keep some mystery in the relationship. You don't want to get too comfortable too fast.

The friend-zone can easily be avoided, if that's what you want. It just requires effort and boldness.

It might seem intimidating to be more assertive, but she can't read your mind. So if you want it, you've got to go for it and make yourself clear.

Be yourself, but step out of your shell a bit and be honest.

A friendship is a beautiful thing, and you can't complain about a friendship with a great girl -- especially if you haven't made the effort to date anyway. Once you try, you'll know exactly what you can expect from your relationship going forward.

Maybe she just isn't into you, and that's OK, and you might enjoy a friendship. But then again, maybe she is! You won't know until you try.