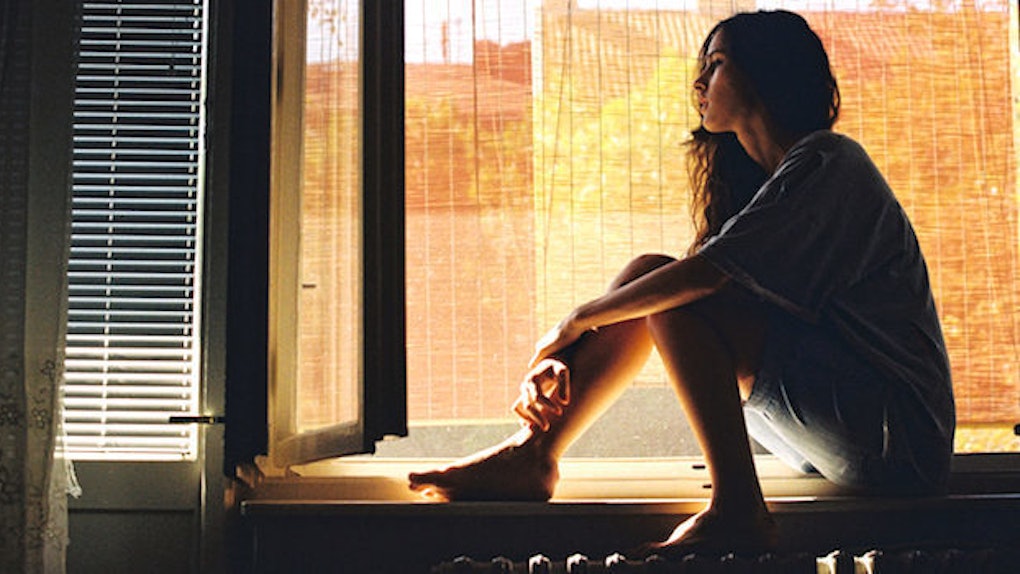 So Heartless: Why A Girl Turns So Cold After Experiencing Heartbreak

Once upon a time, this girl was probably normal... if you can call it that. Willing to trust, willing to love, willing to let herself be candid with someone. But, following that came the heartbreak, the betrayal, the rejection. Take this story and multiply it by five or 10, and you have the finished product: a heartless, jaded girl.

She safeguards her heart like no tomorrow and would rather perish than show any semblance of emotion. Not even a fairy godmother can fix her.

This girl who was once capable of love and feelings is now iced over and has no intention of showing her heart. She's unable to let people in, does not know what communication and intimacy are beyond the physical and sexual level and has subconsciously protected her heart with the same level of the Swiss Guard.

She is either always in a f*ck-buddy type of situation or alone. She could be beautiful and warm on the outside, but inside, she's cold because that's what years of heartbreak will do to a girl.

She won't text you first, not because she's playing the game, but because she's afraid. She won't ask you personal questions out of fear that you'll push her away. She's grown accustomed to rejection, so she does all she can to avoid it.

Many people believe getting hurt will coerce you to grow and realize what you deserve. Realistically, though, being hurt can either stunt your growth by making you incapable of feeling or create a standard so high that even Prince Charming won't be able to fulfill it.

The jaded, heartless girl is the one who has rendered herself incapable of sympathy and feelings. Opening up is bullsh*t to her and feelings are for the weak.

The physicality is temporarily enough for her, but secretly, she wants more, which is why she continuously gets her heart smashed into a million pieces when a guy tires of her. This leads her to benders and bad decisions for as long as it takes her to freeze over her heart once more.

She blames the guy, but half the time, it's her fault.

When you're cold, it's truly difficult to communicate your feelings to people. This is why the series of friends-with-benefits and could-have-beens turn into nothing but sex. She pursues these endeavors because she believes sex is the only way in without exposing herself.

She has been in this situation one too many times, which is why it is a familiar place. The fear of standing up for how she really feels will not only show emotion, but also potentially lead to the loss of a person, and that's the last thing she wants.

The jaded female likes to live in the moment and savor the semblance of the "relationship" she has. She'd rather hold on to what's good now instead of trying to grow and risk losing it.

She wants to be loved for being heartless, cold and jaded. The thing is, it rarely ever happens. She has taken risks previously and decided not to act in the same manner she deemed as foolish before.

Why wait for her glass slipper when there is no prince to bring it to her?

She's brainwashed herself to believe emotions are for the weak, and after years of repeating it to herself, she stands by it. She believes she doesn't care and that's enough for her.

She wants someone to protect her, love her and never let her go, but past experiences have demonstrated that is unlikely for her. She's too afraid of feelings and vulnerability associated with revealing things about herself.

It is a protective mechanism that causes the downfall of many of her relationships. Being heartless and cold after many years of painful, often self-induced heartbreak is why she is unable to share a real connection.

Getting to know more about a person makes you fall for him or her. Sex can only fulfill lust and infatuation, but it doesn't fill the void of foundations you need to have to pursue anything beyond that.

To her, taking the next step and making a connection feels like giving herself to someone.

Feeling rejected is similar to the feeling naked and embarrassed. There is nothing worse to her than giving and not receiving anything in return. This is why, over the years, she has pushed away her feelings and emotions and acted like she hasn't cared. She's conditioned herself not to care.

She does it to protect herself from all the romance bullsh*t, and she knows there is no happily-ever-after for her, anyway.

Heartbreak has rendered her almost incapable of love and emotion because she never wants to feel that sharp pain pressing against her chest. She never wants to waste all those tissue boxes, puffy eyes or dazed days when she can't forget his existence.

It took her so long to get back to being strong and independent (on the outside at least), so to her, no emotion is better than picking herself back up.