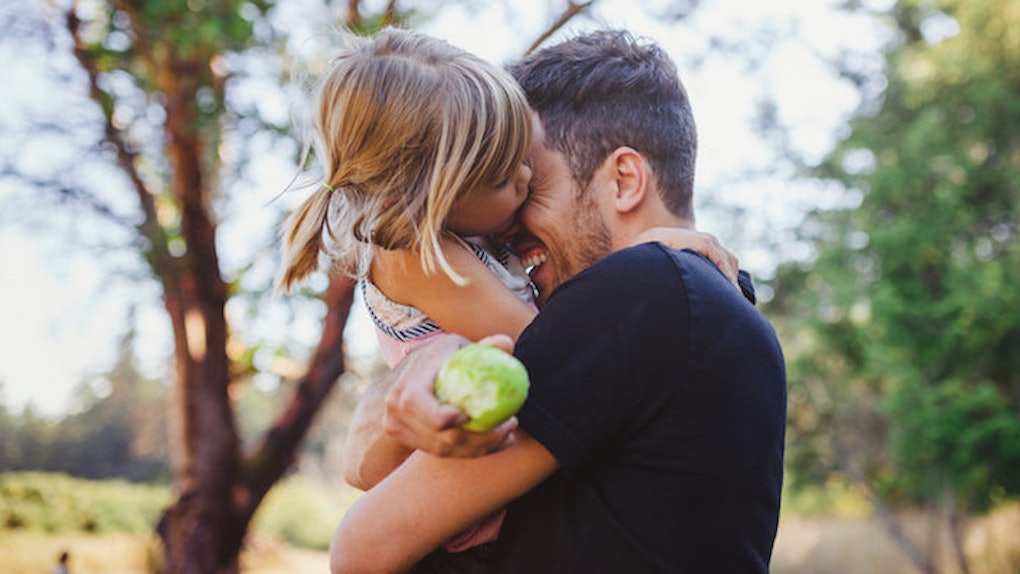 Guys have a host of ways to rev a woman's engine. They make us "ooh" and "aah" with their biceps, blue eyes and jokes that make us laugh hard enough to give us Wonder Woman abs of steel.

But nothing in this world can turn a woman on more than a boyfriend who knows how to put his family first.

This type of boyfriend is often underrated and overlooked. He's the one who will send butterflies to your stomach and crotch for life. A boyfriend that makes his family a priority is loyal, caring, and respectful, among other hubby-material qualities.

He understands that it's good to work long hours, but he also makes time to slay in a Mario Kart tournament with his loved ones. He brings home the bacon, but also eats some at IHOP with the fam-bam on Saturday morning. He values his family over anything money can buy.

Having a boyfriend who is close to his family is important. How he treats his family is an indicator of how he will treat you once you two are married. Because once that happens, you will be part of his family, too.

If your boyfriend knows how to fight and reconcile with his family, he'll know how to kiss and make up with you.

A family-oriented man has most likely had beef with his family -- and I'm not just talking dinner.

I'm sure there have been plenty of drama and fights with parents, siblings and cousins. Maybe he got a Dragon Ball Z tattoo that his parents didn't like, or maybe he accidentally caused a fire in the kitchen while trying to drunkenly make popcorn.

However, all of the fighting he's had with people he loves has trained him to be your best possible boyfriend.

Through these arguments with the family, he has learned to make up and drop issues that detract from love. He's learned that the ones you love are the only people that matter in life -- and that if you don't have them, you don't have anything.

So when you guys bicker, he will fight to preserve your relationship instead of abandon it.

If your boyfriend is loyal to his family, he'll be faithful to you.

You can be sure that if your boyfriend is there for his family through thick and thin, he will be there for you, too.

Being close to the women in his family has taught him to respect and value a good woman, and being close to his father and uncles has sculpted him into the perfect gentleman.

He won't ever stray because he won't see the point. No set of tits or ass could change that or the direction of his heart. He will always stay north for you because you are the star that guides him home every night.

If your boyfriend treats his mom like a queen on Valentine's Day, he'll treat you like a princess.

It might sound odd, but being tight with his family has helped your boyfriend become a romantic.

He knows how to treat a girl -- because he's already used to buying flowers for his mama and grandmother on their birthdays (or for no reason at all). He's seen their faces light up from small gestures ever since he could color.

As an adult, he happily gives his mother gold earrings instead of macaroni necklaces, and he’ll do the same for you.

If your boyfriend chills out with his family, he'll gladly be a bum with you.

You know that if he can kick back with his brothers and sisters, he will be more than down for a night of PJs, popcorn and movies with his boo-thang.

He's wiser than most guys and prefers to spend time with people who will be in his life forever, instead of waste his youth on fake friends and fleeting happiness. He won't feel the need to run to the club every weekend to feel satisfied with life; instead, he enjoys the little moments with those most important to him, like family barbecues and road trips to Six Flags.

He's also learned from his own Slip 'N Slide days, so he's the one who runs out to buy water guns for his little cousins on sweaty summer afternoons.

If your boyfriend taught his brother to swim, he'll help your baby learn to walk.

Your boyfriend is used to being around kids, and these experiences will help mold him into the best husband and father.

He's already thrown his little sister on his shoulders on the Fourth of July, so you know he'll be excited to throw on some Mickey ears and take your little one on the Dumbo ride when it comes to having your own baby. He knows how to blow on toddlers' tummies and tell silly bedtime stories and that a baby’s big toe isn’t a toe at all -- it's a little piggy that went to the market.

At the same time, he knows to kneel down to talk to children at eye level when they get upset and to put on a stern voice when they jump off the walls after a sugar rush. He’s also been trained to deal with all of the nastiness that comes with children -- dirty diapers, vomit and snot -- so when it comes to helping out with your own set of adorable monsters, he'll make a good partner.

And if you're ever sick, he'll be sympathetic and loving -- not grossed out and immature. He will have your back and know how to clean your baby's. At the end of the day, that is all you can ask for from a potential husband.