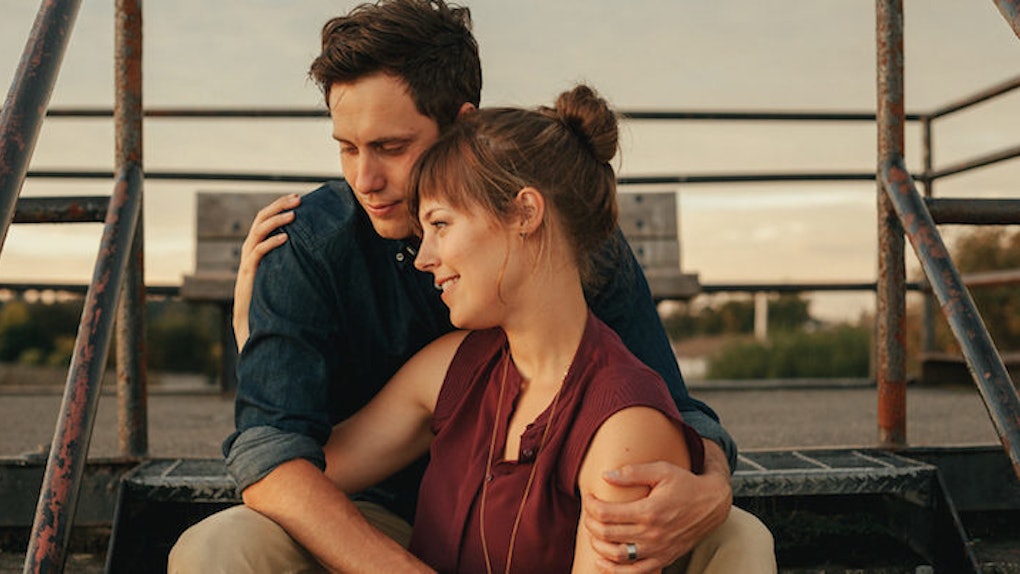 Beauty is a blessing and a curse. We gravitate toward beauty in nature because it tingles our senses and awakens our minds from slumber.

But there’s so much beauty in nature. That’s the thing about physical beauty: It holds our interest for only so long; one thing is always more beautiful than the next.

I once dated a guy who looked like a young Brad Pitt. He was a blond, blue-eyed cherub, and he attracted looks every time we stepped foot in a grocery store.

He might as well have been a barcode. He soon got so used to hearing how cute he was that he got bad at feigning thank-yous.

I later dated a guy who looked different from the cherub, though he was no less good-looking. He had more of a Keanu Reeves thing going on, except that he didn’t act like Keanu. Unlike Brad, who acted like the prize he knew he was, Keanu was unpretentious.

It didn’t work out with either of the men, but each helped me understand the difference between believing in yourself and believing you’re the best.

There are two types of hot men in this world. There are the guys who are aware of their hotness, and there are the ones who aren't. Bear in mind that the latter don't necessarily have low self-esteem.

Guys who belong in this category just aren’t consumed by their looks. They don't walk around with their noses and chins in the air.

He genuinely knows the value of a compliment.

The hot guy who knows he’s beautiful knows it only because someone once told him. He's seen the double takes he gets when he walks down the street. But the hot guy who doesn’t know he’s hot isn’t looking for validation, so he doesn't notice the stares.

When people do call him beautiful, he shrugs it off.

Every “you’re beautiful” is just as valuable a compliment as the one before it. He never lets an abundance of compliments dictate the course of his actions.

He relies on being a good sport, not a good look.

He relied on his personality -- not his looks -- to get him through life. He may be smart, he may be funny, and he may be both.

Whatever it is, he knows that what’s on the inside is what makes him do well in the outside world.

He constantly strives to better his talents. This humanizes him and raises him above the superficial "man candy" out there.

His confidence level doesn’t vary from hour to hour.

Self-esteem isn't skin-deep. We can't measure our worth by the number of times we’ve been hit on. (Well, we can, but we would lead very unsatisfying lives if we did).

We must measure our worth in the amount of good we can offer the world. The "hot and I know it" guys may be confident in their appearance, but their overconfidence distracts from their other qualities.

He isn’t the guy who takes ab selfies in the mirror. He doesn’t keep shallow company.

He knows these aren’t the important things in life, and he also knows that what he does is a direct reflection of what he values.

You can give him makeovers.

He never placed a ton of value on looks, and he never let his wardrobe reflect his worth. His low-maintenance attitude makes him your personal Ken doll. You can dress up your beau, and he won’t fight you.

He cares more about your happiness than your hotness.

Yes, you fell for each other because there's a mutual physical attraction. But you both know that being beautiful is about more than simply looking it. It’s about feeling beautiful, and he’ll never cease to make you feel beautiful.

Physical attraction sparks lust; anything beyond this cultivates love. And love is what matters, because it's the thing that lasts.

In a world filled with big heads, humility can’t be undermined. A modest man is a real man.

The hot guy who lives in ignorance of his hotness will constantly be asking himself what he did to deserve someone like you. His hotness is your best-kept secret.

He’ll catch on only if you keep reminding him of his beauty.

He’ll never skimp out on romance.

Hot guys operate under the misguided illusion that their hotness is enough to compensate for everything else they lack.

But your guy doesn’t see his beauty as a contribution to the relationship: Just like any average Joe, he knows he has to work at it.

He’ll never let his looks get in the way of what he does.