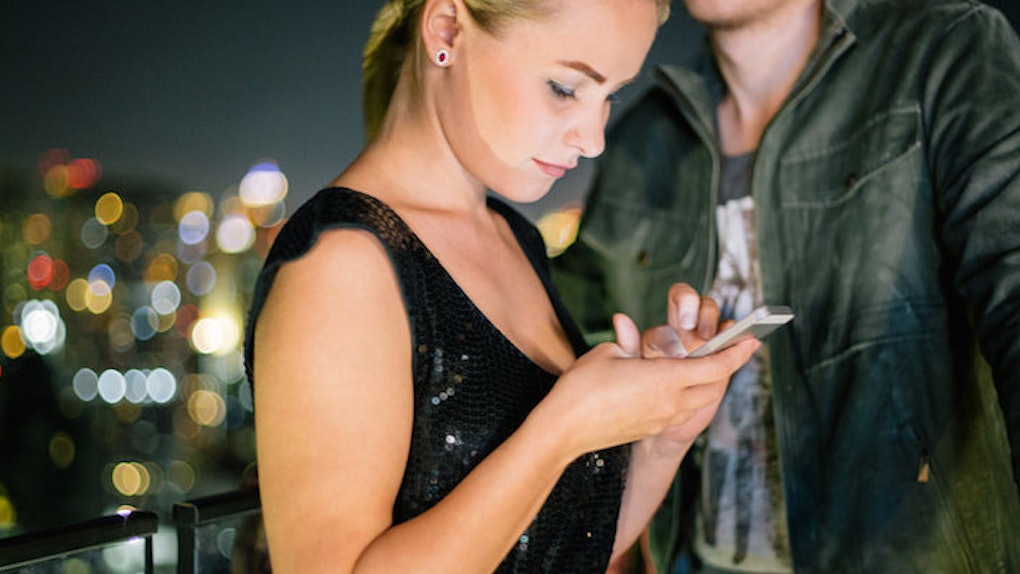 The first time I ever heard about Tinder, I was grabbing dinner with one of my closest guy friends when he brought up this new app he uses to get girls.

From the way he described it, it sounded more to me like a Craigslist escort service than a dating app. For someone like myself, who is in a long-term relationship and has no need for Tinder, the conversation almost seemed like another language to me.

My friend and I joked around about how many girls we actually know in person who he was matched with, and how many of them he would “reject” by simply swiping his finger across his phone screen.

In the months to come, I’d hear about Tinder almost every day from my friends, people I worked with or even overhearing conversations at a bar.

I was blown away that something so impersonal and, frankly, awkward could make such a huge dent in the dating world -- if you could even call it that anymore.

According to a recent article in Vanity Fair, Nancy Jo Sales calls Tinder “The Dawn of the Dating Apocalypse,” and I’d have to agree.

When you look at other dating websites, you input a lot of information about yourself: hobbies, interests, religious beliefs, goals and aspirations.

When you use online dating sites, you’re able to be matched and meet people who best fit you as a person and your life, in terms of a long-term dating scenario.

When it comes to Tinder, you have a few pictures and a short bio. It’s for the people who don’t want to get to know you and just really want to get in your pants.

And that’s how my friend had described it to me: “a hook-up app.”

So, when did we confuse hookups for dating? Or, better yet, when did the two become synonymous?

It’s as though you are simply “shopping” for a hookup, able to browse through women as easily as you can browse through the new arrivals section on any clothing site.

There are so many options, you end up with a shopping cart that would practically wipe out your bank account. So, how does this correlate with dating?

Professor of psychology David Buss, explains the abundance of women leads to false expectations for guys in their dating circle.

“When there is a surplus of women, or a perceived surplus of women, the whole mating system tends to shift toward short-term dating. Marriages become unstable. Divorces increase. "Men don’t have to commit, so they pursue a short-term mating strategy. Men are making that shift, and women are forced to go along with it in order to mate at all.”

While women may use Tinder to meet guys and go on dates, it seems as though men using the app are simply there for hookups and sex.

Jo Sales' article touches upon the lack of boundaries the online dating culture, with apps like Tinder, has exposed. Just look at Instagram pages like Tinder Nightmares, where guys have zero shame or respect for women they message.

The issue lies within the detached experience Tinder provides. People are just on the site to “hit it and quit it.”

Of course, then my question is, why do girls use Tinder at all if they know the majority of guys on the app are solely looking to f*ck?

“If women don’t want to be treated like objects, why do they self-objectify themselves in their profile pictures?”

It’s all about instant gratification and social validation.

So often, girls feel the need to have other people reinforce their positive feelings about themselves, they go so far as to objectify themselves.

When a girl feels badly about herself, she’ll post pictures to rack in likes and comments about how beautiful she is, how great her body is or how much people want her.

She’ll sleep easier knowing if people think she’s beautiful, it must be true.

When you add together insecure females with guys who are ready to pounce on just about anything, you're bound to have a messy outcome.

Girls get their hopes up for guys who are only looking to get their dicks up, and in the end, there’s no real dating that comes out of it.

The real problem lies within the crossover of hookup apps and dating apps. They have become almost one in the same, and because of this, the art of dating has become much like a joke.

If so many people are using hook-up apps to meet people, they’ll never genuinely be meeting someone with the intentions of actually dating.

Instead, they’ll look at it as a temporary thing.