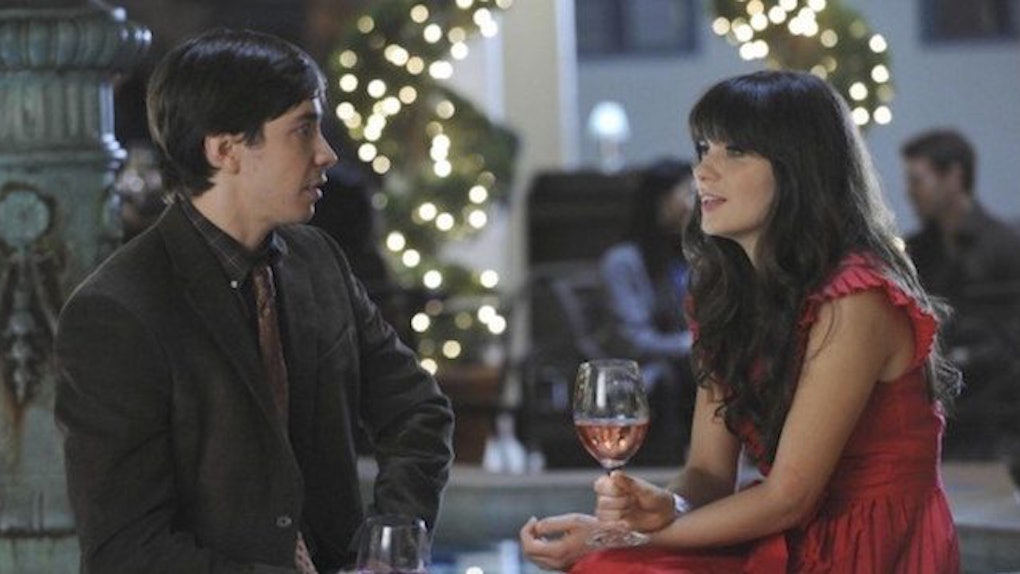 The rules of a first date are usually muddled with confusion and controversy.

The fear and excitement of going out with someone new stands unmatched. The perfect outfit, the right amount of makeup, how to act and what to say are all worries that plague your mind.

It's really hard to be yourself when you dwell on these other factors and are trying a bit too hard to impress the other person.

I surveyed a group of eight men between the ages of 20 and 30 about what they would like to hear on a first date. Their answers might surprise you.

1. Who are you as a person and what truly inspires you.

What is your idea of fun and would you be spontaneous enough to do it at that moment if the opportunity presented itself? Are you adventurous enough to do something crazy on the first meeting itself? What is your idea of the perfect first date and how would you like it to be executed? I definitely don't want to hear about your family troubles or crazy exes on the first date.

2. Your likes, dislikes, and hobbies.

Guys want to hear more about the girl, her likes, and dislikes, her hobbies etc. We usually focus on the girl in an attempt to get a second date more often than not.

3. If the feelings are mutual.

I definitely want to hear or get a sense that the girl is equally interested in me if not more. Guys have an ego and if the first meeting/date doesn't click off as of mutual interest, then that's all it takes to hurt our egos. I would slowly yet steadily want to get a feeling that she trusts me. Trust is important because it opens me up at least to share stuff that might be more personal going up in the next date. This is a personal one but I feel like I would like the girl to be driven and thoughtful. That could be professionally or at a personal level, whatever I hear from the girl should be genuine and not made up. Essentially, I don't want the girl to be all talk but no walk.

I would want the girl to come out and say that she thinks I'm funny or cute if she feels that way. I want her to be talking about something which we both like post which she says, “hey, you think you want to go watch this together/do this together?” Honestly, I just need someone to admit that she's having a good time in my company.

I personally want someone to be open to possibilities and not have any pre-conceived notions about me, the relationship she is expecting, or even about her. She should realize that while it is important to know what one wants, sometimes people end up with people who don't match that clear image of people they thought they would land up with.

I would personally want a girl who's confident and independent enough to offer to split the check (of course I will say no but it's good to know that she at least offered). Basically, we are confident that she isn't there just for the free stuff.

The one thing I really want to hear about on the first date has nothing to do with how I look, what I do or where I am from, not the usual stuff. I would love to hear about her experiences. The messy, embarrassing yet exhilarating ones. The ones that made her the person she is. These are the things that would fascinate me and want to meet her over and over again. I don't want the have the same boring clichéd conversations. I want someone to speak his or her hearts out, even if it's just for a while and pretend (maybe even feel) like you know me.

8. Something that indicates you're genuine.

I honestly don't care what she says as long as she is genuine. I don't want her pretending to be someone she's not just to make me like her. If she can talk about things I have no interest in also with a lot of passion, I would spend hours just listening to it. On the opposite side, even if she's talking about things I'm totally interested in but without any passion, I will lose interest. I need someone who's genuine enough to be trusted in the first meeting for me to even consider calling her again for another date.

After looking at the responses, it seems like men aren't as complicated as women assume they are. Good men want the same things good women do—genuine sincerity, trustworthiness and confidence.

If you connect with someone, follow it up with a second date, who knows where it may take you.

This piece was originally published on Unwritten.