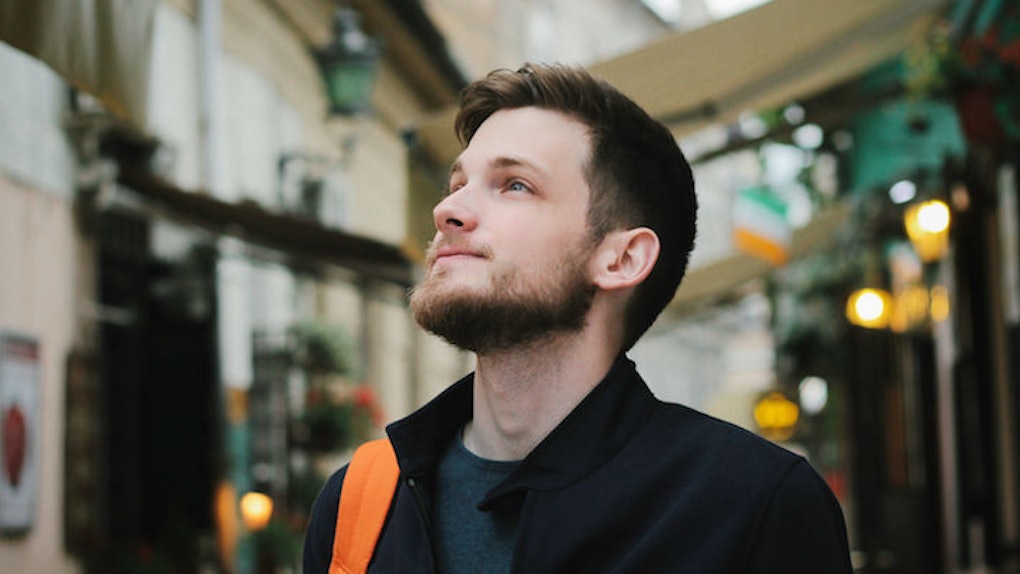 Tonight, I had an epiphany. After being single for over a year now, I received a text from a Tinder gal I hooked up with a few weeks ago that said, "When was the last time you got tested before we hooked up?"

My jaw dropped, my penis got a weird tingly feeling, and I suddenly realized how out of tune I am with myself. (I'm in the clear, BTW. She was just wondering, but it was enough of a scare to wake me the f*ck up and get my sh*t together.)

I spent over two months trying to meet up with this woman. I spent so much mental energy trying to figure out the perfect texts to send, awaiting her response and pondering the situation from every angle.

But now that I think of it, why the f*ck was I so adamant about f*cking this random woman I saw through a screen on my phone? Did I really need to do that to be fulfilled? Is that what my life has really come to?

I was chasing meaningless sex for weeks just to have a story to tell my friends and feel good about my sexual skills. This is what single life does to a guy: It makes him create this ego in his head about how many women he should f*ck in order to feel good about himself and prove that he can sustain the single life.

But, shouldn't my time be spent on more valuable things? I could be pursuing a woman I truly feel a connection with and admire the qualities she has. I could be working toward creating a better future for myself. Life is too short to waste time and energy on people you don't really care about, and that's the part of the single life I'm not fond of.

Although, being a single guy in his early 20s is quite awesome, and there are many perks to it. You get the freedom to do whatever and whoever the f*ck you want, you have time to develop yourself as a person and you can work on building your future. You don't have to check in with anyone or ask for permission to do crazy things with your friends or to travel for several months.

But with that being said, I still think the single life is overrated. Here are the seven reasons why:

This is due in part to the frequent use of dating apps. So, that harmless one night stand you could have may not be as fun as you think.

Pick wisely whom you choose to sleep with, and don't take any risks. Your health is much more important than a quick sexual release.

When you're a single person and in search of a romantic partner, it's not as easy as it seems. Most single people are single because they don't know what they want and are uncertain with themselves and their lives. This can be frustrating because even when you meet an amicable potential partner, it's still complicated because you both are hesitant about committing to anything.

Being single, you spend a ridiculous amount of time texting potential girls, mindlessly Tinder swiping and thinking of all the situations that could happen with these women you might meet up with. Being young, we should be spending our time creating and investing in our futures, rather than being degenerates who are seeking the approval of women we don't really care about.

The hard part of being single is not meeting a woman, getting her number or kissing her the first time you meet. The hardest part is continuing to stay in contact through texting.

It's ridiculous. If you like each other, texting shouldn't be the hard part, and that's what's so frustrating about it. Nowadays, you could send one wrong text and be ghosted forever, which is not fun for anybody.

As humans, we seek romantic connection, as it's an amazing part of life and what we were designed for. That special feeling of being in love is what drives us to be better versions of ourselves, but waiting for that special person can get quite frustrating.

Sex is incredible and nothing beats it, but only if it's done correctly. There are so many amazing aspects to sex: the buildup, the kissing, the touching, the rhythm and synchronicity of both bodies.

Sex is meant to be a comfortable and enjoyable experience, one that brings out the most present form of living. It's not meant to be a forced and awkward happening, which is normally how it goes down when you're f*cking someone you met at a bar or on Tinder.

The single life struggle is pretty real right now, and it's not as glamorous as everyone portrays it to be. It's not a f*ck fest with every beautiful woman out there; it's much more complex than that.

It consists of a lot of uncertainty, a lot of waiting, a lot of nonsense and a lot of loneliness. The payoff is a night of random sex with someone you will probably never see or talk to again.

Don't get me wrong; a one-night stand can be pretty f*cking awesome. But, nothing beats being in real, genuine relationship with someone you love.