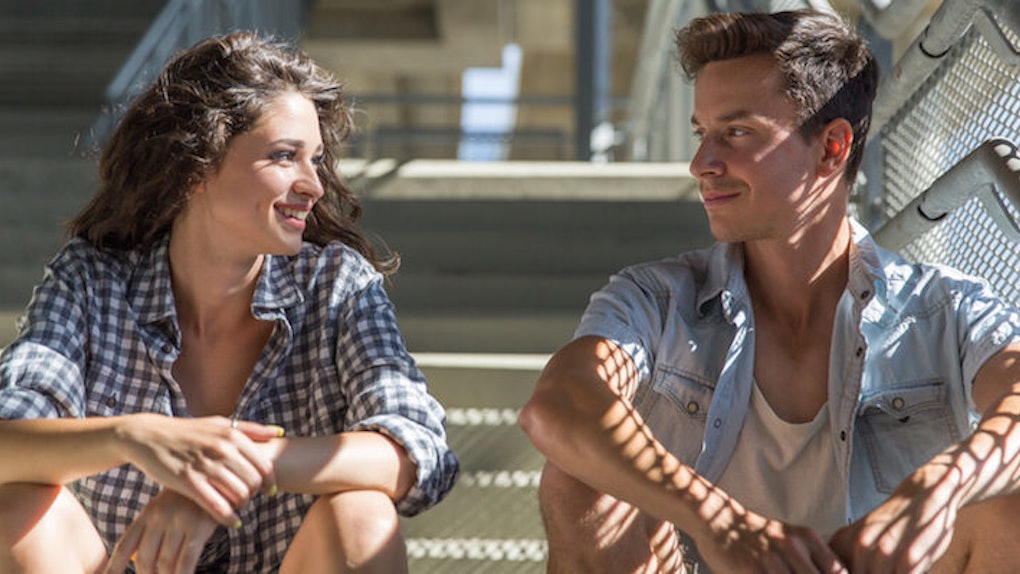 It's All About Timing: Why You'll Know When He's Ready To Settle Down

Men are like cabs. When they're available, their light goes on. They wake up one day and they decide they're ready to settle down, have babies, whatever. And they turn their light on. The next woman they pick up, boom. That's the one they'll marry. It’s not fate. It’s dumb luck.

I'm sorry. I refuse to believe that love is that random.

It's all about timing. You gotta get them when their light's on.

You have taught me so much about dating, shoes and men.

After a decade of my own trials and tribulations in the wild world of dating, I have learned it's all about timing.

When is someone “ready” for a relationship?

How does that magical moment occur? How is it that two individuals with varied backgrounds can come together and decide that, yes, this is the person they want to be with?

It makes me curious to think about this serendipitous moment when two people actually meet, click and decide to date only each other.

With the seemingly endless options the Internet has provided to us (literally at our fingertips), it’s hard for a lot of people to consider choosing just one person.

But even though the style and tactics for dating and finding a mate have changed over the last century, humans are still the same. We are ready when we are ready.

As a woman with her 30th birthday looming closer and closer on the horizon, I get pestered at every family get-together, with relatives asking me why I haven’t “found a nice young man yet."

I'm putting myself out there. I'm open to meeting the right guy.

It’s not like there’s a shortage of options for me, living in Seattle.

I meet guys through friends, at the bar, via Tinder and on boats.

I’ve given out my phone number, texted back and forth with just the right emoji and met for drinks a number of times.

I can talk about my job (“It’s a stepping stone to better opportunities, what about you?”), my friends (“They’re crazy bitches, but I love ‘em!”), what I like to do for fun (“I'm into borrowing people’s dogs and going hiking on the weekends.”) and so on.

Crushes and flings have come and gone. They were as fun and fleeting as a Friday night buzz.

Any number of these guys might have made it past the first few dates and become someone special — rather than someone forgotten — if there was only a little more effort on both our parts.

I used to despair that it was me.

I thought it was something about my features, how I dress or how often (or not) we texted that had a direct effect on our chances for a relationship.

Will you really care how tall he is or how great your hair looks when you have a baby crying in the middle of the night? Probably not.

Those things aren’t important in the grand scheme of a relationship.

What is important is if you happen to meet someone who is on the same page as you, at the same time you are,  you should know you’ve caught a shooting star.

That perfect serendipity of two people with two different lives, who have made different choices for years, but have managed to find each other despite how unpredictable and chaotic life is, is a magical thing.

When they are able to come together, one or both might act a little crazy. It’s frightening to think of losing that person once you’ve found him or her.

I’ve had relationships flourish within a few weeks.

Then again, I’ve also been in relationships that took months (and even over a year) of getting to know each other before we finally decided to take the leap into exclusivity.

One thing that’s different about me now, though, is I have less of a tolerance for someone who doesn’t know what he or she wants.

When will it be time for all those “casual daters” to become serious? It’s not an age because people get married at all different times.

It’s a state of mind.

It comes from a feeling of inner confidence.

It’s at a point where maybe you don’t have everything figured out about your future, but you’re damn well on your way to adulthood with at least a faint idea of what you’ll do when you’re there.

It’s at a moment when you're happy with yourself, and you're at the point where you have enough overflowing happiness to spread to the people around you.

You’re able and interested in the give-and-take that comes with a relationship, and you’ve also learned how to fight fair in love.

You have professional goals, but you also have personal goals.

It’s about time for those goals to actually happen.

You’re excited, you’re ignited and you’re ready to meet that person who is equally excited and ignited about his or her life, goals and, most importantly, you.

It happens at a moment when the both of you leap forward and say yes, instead of letting in the fear that comes from opening yourself up in a new relationship.

The possibility is there for all of us, but the timing has to be just right.