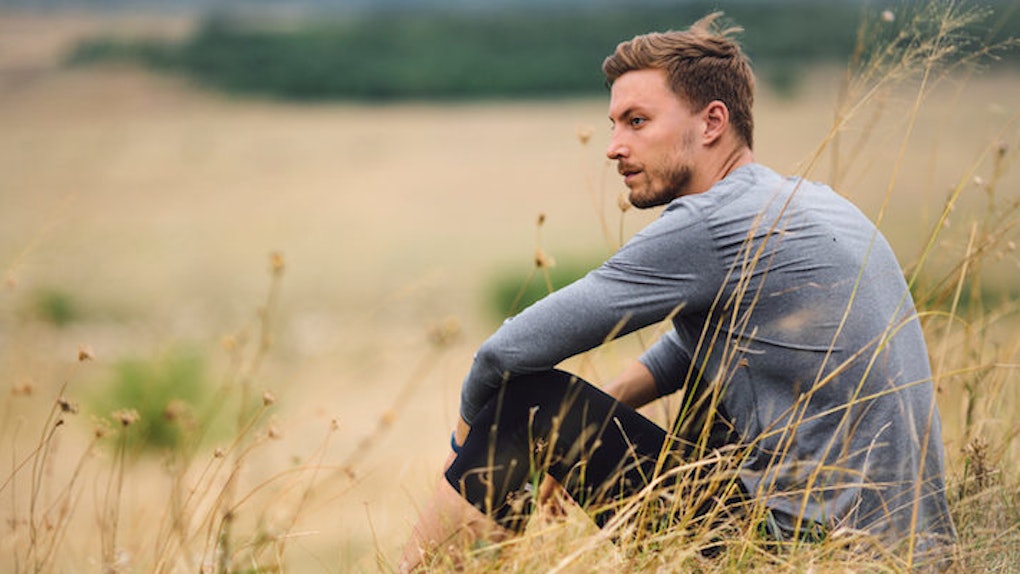 I have been single my entire life. This is hard to admit, but I am 29 years old, and I have never been in a relationship. Now, I'm not the usual suspect when it comes to being perpetually single. Well, physically I am (I was not blessed with great beauty).

I was, however, blessed with great people skills. I make friends everywhere I go. I love people, and they seem to be quite fond of me.

I have no problem speaking to women. I just have no "game," if you will. Women never see me as an romantic option, and if they do, I'm oblivious to it (which may be a whole other problem).

You might ask, "How could this happen?" By 30 years of age, even the most inept social pariah would have stumbled on something that resembles a relationship.

The answer I give is similar to the answer given by Steve Carell in "The 40-Year-Old Virgin." I waited for it to happen, and it never did. My grandparents have been married for 55 years, and I imagined my love story would be like theirs.

You find someone you like, she likes you, you would fall in love and get married. Isn't it simple? As you can probably guess, that didn't happen for me.

The "like" part happened, but it was always one-sided. I liked my fair share of young ladies, but none felt the same way about me. Kramer from "Seinfeld" had the "kavorka" that is said to make some men irresistible to women.

It's safe to say I don't have the kavorka. I always thought of how great it would feel to be able to elicit such a reaction from a woman.

I would finish elementary school, then high school and then off to college. I ended up going to a commuter school, which is not the most conducive place for love. It's possible, but needless to say, nothing happened. Like always, I would meet great women, but I was petrified to make any kind of advancement.

My friends would ask, "Why don't you to ask her out for coffee?" I would always say, "No, that's ridiculous. I don't drink coffee. Plus, she doesn't want to go out with me. She can go out with a much better guy."

Now, I know it sounds like I was selling myself short, but I wasn't saying I was a bad guy. In some respects, I think I'm a great guy. What I meant was I'm just not the kind of guy that women go out with. I would come to realization — or at least what I thought was a realization — that love wasn't for me. I would repeat this like a mantra: "Love isn't for me."

Penguins can't fly, and that's just the way they're made. It's their lot in life. I felt the same about love.

My friends would try to counsel me. But I am a realist and a very lucid person. If a pattern begins to show, it usually right.

Friends would tell me things like, "I know you've never been successful with women, but you just have to have confidence in yourself." I'm a big sports analogy guy, and so my brain looks at it this way: If a player has never got a hit, do you expect him to hit a home run?

I watched countless videos on YouTube that gave the same advice like, "It doesn't matter about your past. You just have to grab the brass ring and know that you can do anything you put your mind to," and "You can go out with anyone you want." Hopefully, you can sense my sarcasm.

I would hear all these great messages, but I just couldn't buy it. It just couldn't be true, at least not for me. I had built a prison for myself, and it was located in my own mind. I didn't know where else to look for help, and friends were just saying what I wanted to hear. I even sought the help of dating coaches, but upon hearing their programs started around $500, that was off the table.

Like someone with no more options, I turned back a cheaper alternative: my friends. My best friend thought it was a good idea for me to ask out an acquaintance I had been telling him about.

He was absolutely right. What if she said yes? What would I do? I have never been on a date in my life.

At almost 30 years old, I know nothing about dating and relationships. The basic skills that most master around the age of 20, I have no earthly idea of. Would she know? Would she figure it out?

Let's say by some miracle I made it through a few dates, and things progressed. I don't know how to be a boyfriend. Who would want to teach me at 30? Who would want me? That questions kept playing in my head.

A year before that, I was smitten with a young woman I had met working on an intern project. I was taken by this woman, so I decided to do something uncharacteristic of me.

I casually asked her out on Facebook Messenger. (I know it's a bad move. We can discuss the merits of dating on social media later, but back to the story.)

I didn't even get a response. This may seem like a small setback, but it cut deep. It confirmed everything I had always thought of myself. I wasn't even worth a response.

Love wasn't for me. So, here I stand, a man who desperately wants to know love. I have finally decided that love is for me; love has to be for me.

A friend told me things are put in our hearts for a reason. If you love to cook, paint, sing — whatever it may be — it's there for a reason and for you to embrace.

Love is something that was put in my heart. Love is in everyone's heart. Whether people want to believe it or not, love is for them.

Everyone deserves love. Love will be for me. I don't know how it will come to be, but it will come to be. I cannot feel this way anymore. This is no way to live. The inner torment has to stop if I'm going to lead a productive life.

I believe all of that, but I can't believe that someone would love me? This must end.

I will free myself from this prison. If anyone feels the same way about him- or herself, then trust me that there is hope. When you get sick and tired of being sick and tired, that's when that light shines on you, and you can start the long journey out into the sun.