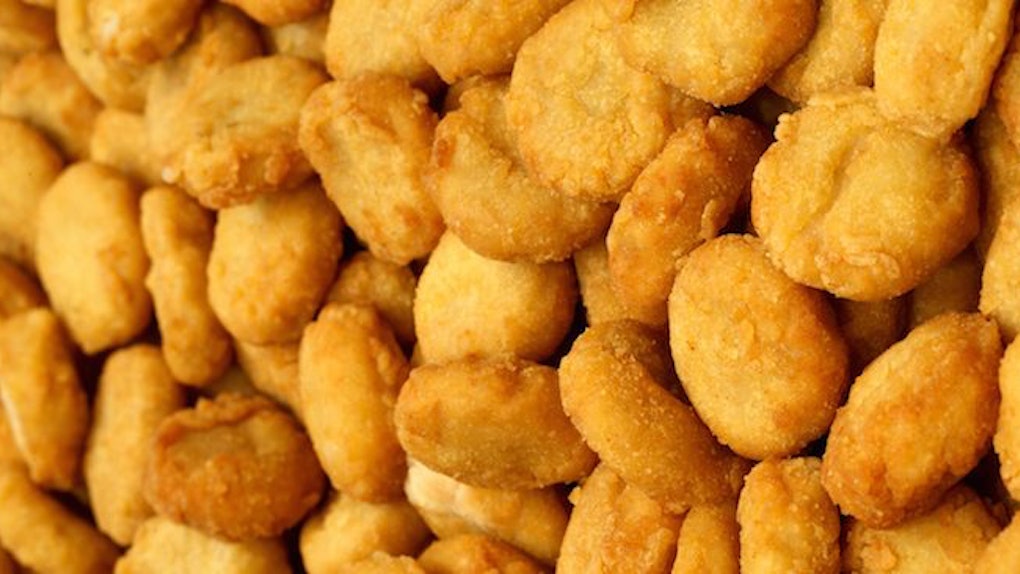 I get my nails done at least once a week. Can I afford this habit? No. Do my nails chip usually at least 30 seconds after leaving the salon? Yes, absolutely. But to me, none of that matters. Why? Well, because for a brief half-hour at the salon, I forget I'm a struggling writer in New York City and feel like I'm a medieval queen being pampered. That all being said, it was just recently brought to my attention that a guy fed his girlfriend chicken nuggets while she was getting her nails done, and now, I'm wondering if it's time I take my pampering level up a notch.

Lea Adame, a 19-year-old Orange County native, was getting a manicure when she started eavesdropping on a "cute" conversation going on near her, according to BuzzFeed News.

She looked over and realized the manicurist sitting next to her, Molly, wasn't just doing any other customer's nails. No, the young lady she was manicuring was actually her son's girlfriend, and this was the first time they were meeting. Talk about the best way to meet your boyfriend's mom ever. And it gets better. Molly's son was sitting next to his girlfriend while she got her nails done, "periodically" feeding her chicken nuggets.

And here's the photo proof:

While most people posting pictures of strangers on Twitter are usually doing it for less than kind purposes, Lea's intentions were pure.

"It was so cute... he was a keeper," Lea told BuzzFeed News. "What guy will go to a nail salon with a girl, let alone will feed her food while there?"

In fact, her only reasoning for sharing the photo on Twitter was because "it was adorable."

Needless to say, the internet loved it.

If this couple isn't the new "couple goals," I don't know what is.

Boyfriends across the country were challenged to live up to a new standard.

But of course, there were still some haters, because obvi, it's the internet.

BuzzFeed contacted the salon about the story, and they confirmed that the photo was, in fact, taken of Molly giving a manicure to her son's girlfriend while he fed her chicken nuggets.

Molly was too busy to give BuzzFeed any further information, but the salon did promise to let her son and his new girlfriend know they just became Twitter royalty.

And perhaps the message was received because Lea received this reply to her tweet yesterday.

All right, now, go forth and prosper in your search for a bae who will hand-feed you while you get your nails done. That is the kind of loving we all deserve.