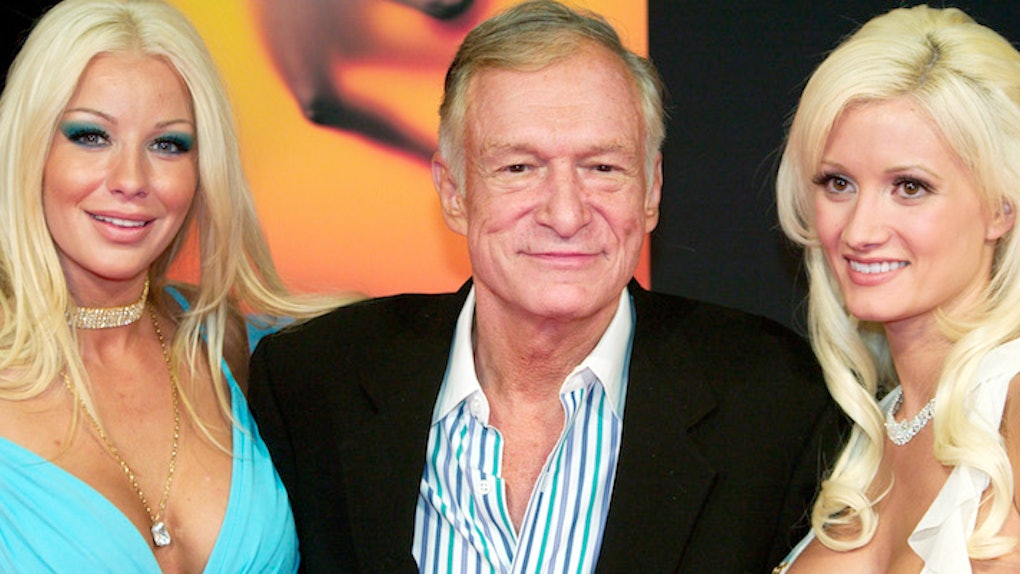 Being A Gold Digger Means You're Attracted To Success

I hate when men, women or people of any gender call a woman a "gold digger." I hate the whole term.

Let's toss it out the window and set it on proverbial fire. It's dated, it's sexist and most of all, it shames women for wanting to be with a hard-working, successful partner.

Yes, there are some women out there who might prefer to date a man with a fat wallet over a man they authentically love. And while that's not something I condone, how is it any different from the slew of dudes out there who consistently choose the pretty girl over the plain girl with the golden, effervescent personality?

How is it different from dudes who choose the pretty girl over the plain girl with the personality?

Do you really think men fall for beautiful, striking women solely for their open hearts and soulfulness? Do you think every wealthy Hollywood guy or Wall Street banker prototype who has an outrageously gorgeous, supermodel wife hanging off his arm really only married her because of her deep intelligence and impressive wit?

Give me a goddamn break, people!

The bizarre thing is, we don't ever question a man's motives when he goes after the prettiest girl in the room. He's actually celebrated for it. It's what men do.

"Yeah, bro! She's hot!" we'll say, lovingly punching him in the arm and cheering him on.

We never call men "pretty-girl diggers," do we?

Yet, if a woman goes after the wealthiest man in the room, she's instantly labeled a "gold digger." She's met with whispers and a sea of dirty looks. She's suddenly a woman who is "using a man for his money."

"Oh well, we all know she likes to go after the money!" the masses will murmur in hushed tones the very moment she approaches him.

I'm a lesbian, and even I feel the misogynistic pressure of not being a gold digger looming over my head.

In the lesbian community, a masculine-presenting woman who goes after the model-type will be celebrated. Yet, a feminine woman is deemed "agenda-oriented" and met with an eye roll if she dates a woman who is more fiscally successful.

Is it just me, or is this whole mismatched dynamic infuriatingly hypocritical?

To illustrate how backwards it is, let's break it down further.

Unless you're one of the rare people who was born into old world money, or you're a Bernie Madoff-type conniving scam artist, or your Donald Trump, your fiscal success is more often than not a direct reflection of your intelligence, work ethic and ability to market your innovative ideas.

I know that isn't always the case. (And it's certainly not for women who continue to make less than what men do for the same fucking job.)

But if you look at the average rich guy, more often than not, he's probably smart, fearless, proactive, and creative, which has made him one hell of a business-oriented hustler and out-of-the-box thinker.

And yes, these traits have also made him very, very rich.

So, a woman who's drawn to a wealthy man may actually be seeing his designer suit and fat wallet as clues that he has these attractive personality traits.

It's the same reason why some men are initially drawn to the way a woman looks: It's not always the case, but usually, how a person presents themselves on the outside can be very telling of who they are on the inside.

A woman who makes an effort in her appearance is often confident and driven, two qualities that are widely coveted in a partner.

We don't shame men for being attracted to a woman's beauty.

But that's their choice. Just like it's a man's choice to not give a lovely woman a chance because she's overweight or considered unattractive by the Western standard of beauty.

To be honest, I can't help but feel like the term "gold digger" is one that certain insecure men have coined in order to undermine a woman's judgment and soften the blow to their own ego when they get rejected.

But we all have the right to reject someone because their lifestyle isn't cohesive with ours.

It's so important to make smart decisions when it comes to getting involved in relationships.

You don't want to waste your time with someone who can't match your needs. Choosing a partner is a massive decision — one that could possibly shape the rest of your life, especially if you want a family.

Personally, I'm really passionate and determined about my own career, and I want to reap the benefits of my own success and live a big life with really big things. I understand that some women don't value those material things, and some women aren't fueled with the desire to travel the world, experience different cultures and rub elbows with movers and shakers. But, I'm not one of them.

And I know that a successful partner is more likely to be on the same page as me when it comes to their deepest desires and life goals.

I'm not shaming people who want a simple life and don't care about success, but I know myself well enough to know that's not for me.

And wanting someone who wants the same lifestyle as I do doesn't make me a "gold digger." In fact, it makes me smart.