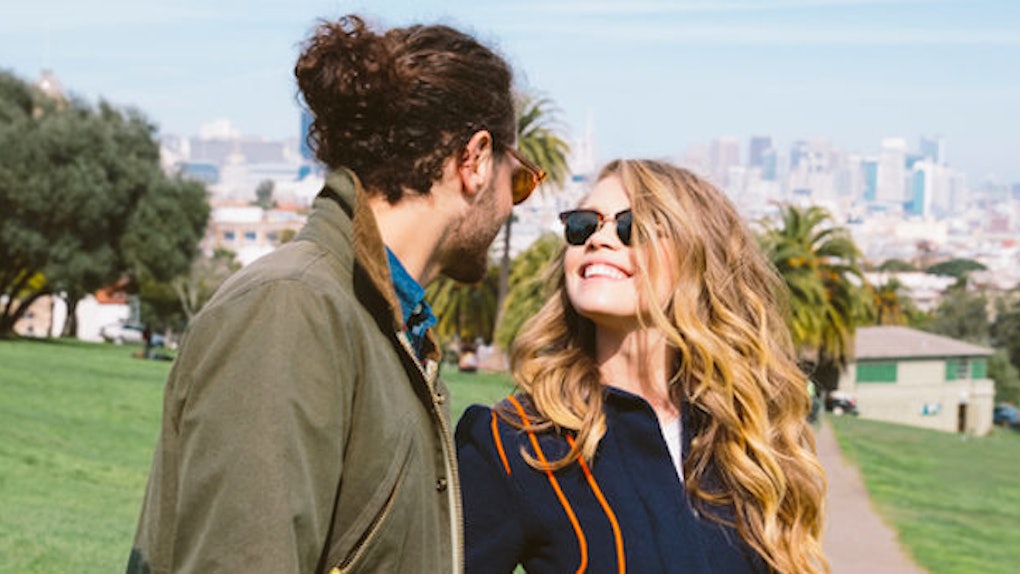 Hunter S. Thompson once said, “Life has become immeasurably better since I have been forced to stop taking it seriously.”

What I’m sure he’s referring to is the freedom he felt once he stopped putting the weight of the world on his own shoulders. But, like life, people, too, can become immeasurably better when they stop taking themselves so seriously as well.

Don’t get me wrong; in order to be successful in anything at life, you have to be capable of taking certain things seriously.

Yet, at the same time, it’s important to be able to shift gears and laugh at yourself from time to time.

I love spending time with people who don’t take themselves too seriously. Whether it’s with my friends or family, I enjoy laughing -- and a lot of times, it’s at our own expense.

I don’t think that being able to find humor in yourself is a sign of weakness; I believe it shows a great deal of self-awareness -- one that I look for when it comes to dating.

A woman who doesn’t take herself too seriously doesn’t show carelessness or lack of self-worth -- she simply shows she understands that not everything has to be life or death.

And for that reason, I always look to date women who understand that life is meant to be enjoyed -- even if that means laughing at themselves from time to time.

She’ll always make the most out of situations.

People who take themselves too seriously usually trip as soon as life throws them a curveball or two.

That said, when it’s your girlfriend who happens to be uptight, every time you try to take her out, you might be setting yourself up for disaster if something were to go wrong.

Find a woman who rolls with the punches. In today’s day and age, simple things like a positive attitude don’t get the appreciation they deserve.

When a woman chooses not to take herself too seriously, she’s able to see the light in situations, even when they may appear gloomy.

She won’t be overly sensitive.

There’s a huge difference between making fun of someone and teasing the one you love -- and your girlfriend, of all people, should never be one to confuse the two.

When in a relationship, you’re supposed to be each other’s greatest allies -- and your girlfriend should always know this.

If she’s too on-edge at all times, to the point where she gets offended when you tease her, then you really need to question whether or not this is the person you could see yourself spending the rest of your life with.

Life doesn’t have to be that serious. Being able to laugh through it with someone you love is invaluable.

She has true confidence.

Truly confident people don’t take themselves too seriously because they don’t have to. Confidence comes from within. It’s not anything that needs to be proven or reinforced in real life situations.

A woman who’s able to laugh at things -- including herself, from time to time -- shows a true sense of security in who she is.

Most of the time when people take themselves too seriously, it’s artificial, and they’re trying to uphold some impression of who they want to be.

There really isn’t any time for grudges when you’re in a relationship with someone, as they can linger and ultimately become something bigger.

Find a woman who doesn’t lose sight of the bigger goal within relationships on behalf of her pride.

You’ll find your relationship a lot less turbulent with someone who puts the focus on working together, not being right.

She has no problem admitting when she’s wrong.

The important thing isn’t to avoid being wrong -- it’s to accept it and avoid repeating the same mistakes in the future.

Being wrong should never make your woman any less admirable in your eyes. If anything, the ability to accept mistakes with grace and learn from them should be a sign of maturity and compassion.

Find a woman who doesn’t mind being silly from time to time. A woman who can make you laugh will have the ability to turn even your worst days around, with just the crack of a smile.

When life gets stressful, it’s hard to find the humor in certain things, and a woman who can make you laugh will always remind you of the silver linings in life.

When it comes to relationships, sometimes all it takes is a little bit of laughter to remind you why you’re together in the first place.

She won’t look to tear you down.

When people think of themselves too highly, they look to tear down the people around them.

And although they may appear to be “invincible” to the people around them, it’s not a very attractive trait for a significant other.

And this should never be the case with your girlfriend, someone who should be looking to work together with you in both of your best interests.

It’s usually the ones looking to bring down others who are hiding some deeply rooted insecurity.