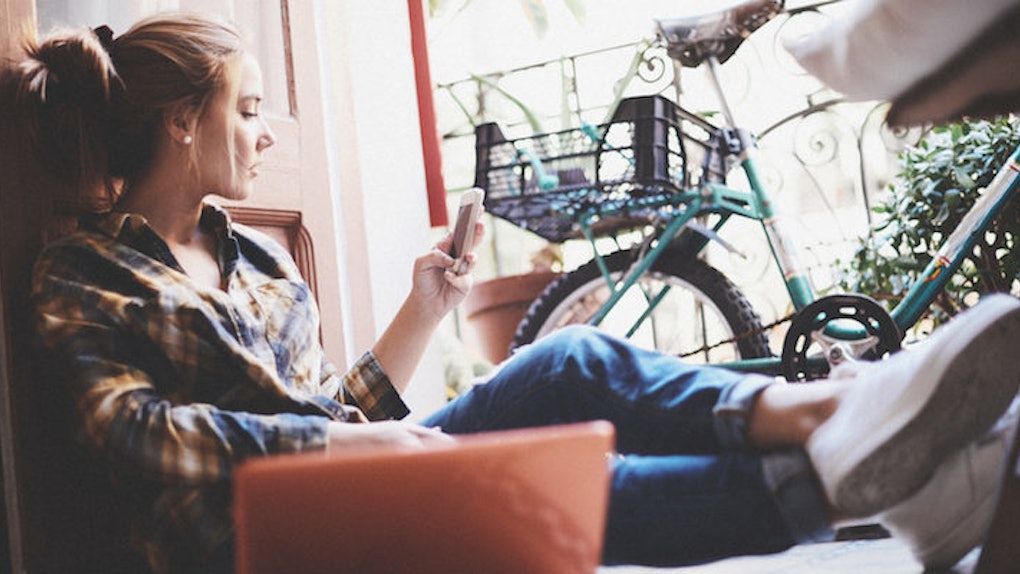 How The Ghosting Phenomenon Is Making It Impossible To Date

Ghosting is a term used to describe when men or women drop off the face of the Earth after starting the dating process.

Perhaps you went on one date (or a few) and had engaging and stimulating conversations.

The night flowed naturally and even ended with him walking you home and kissing you goodnight.

In your head, it was a perfect first date. You even texted your friends, saying how you thought there was potential because of the instant chemistry. Life seemed great.

A few days go by, and you hear nothing. You started to rethink the date and whether you said anything weird.

The end of the night was hazy after a couple of drinks, so you potentially could have mentioned the future and freaked him out.

A week goes by, and you’re distraught. All you can think about is that you got ghosted and how the guy is a huge dick.

You tell your friends and they instigate the name-calling. “Oh, he’s such an assh*le. You can do so much better.”

Let’s just stop for a moment and try to understand this concept.

There could be multiple reasons why men ghost. Maybe he doesn't feel it and does not want a confrontation; maybe he’s dating around, he wants to do his own thing, there isn't a physical attraction, he’s not ready for a relationship or does not want to commit or so many, other potential reasons.

It honestly does not really matter because there is a bigger issue at hand:

The expectations are so low that now, ghosting is a norm and chivalry is a rarity.

The most popular phrase I hear is “Why hasn’t he texted me?” Well, what about picking up a phone and dialing? We set the low expectation right from the beginning.

The saddest part is people don’t think they deserve anything more. Technology is an incredible power, but it has also caused us to stop effectively communicating.

We simply don’t know how to, and we find it easier to hide behind a screen.

Stress and dating should not go hand in hand. If there is no connection or it doesn't feel right, you should be upfront with the person you went on a date with.

Having no chemistry should not equal tough confrontation and hostility.

Communicating that feeling is a form of maturity and honesty, which has unfortunately been stripped from our generation.

We would rather avoid people than have real conversations.

The responsibility is on everyone to make the change. Expectations should be changed on both sides and I want to be clear that I don’t just blame men.

Women ghost as well, and they have just as much trouble communicating. After all, why are they waiting for the men to call and text in the first place?

They hold back their feelings of interest because they are afraid they will come across as needy or weak.

Some women even try to appear confident and strong by saying things like “I am just trying to have fun” or “Yeah, I’m down to chill and not get dinner.” They send the opposite message just to feel in control.

However, establishing meaningful relationships requires a level of vulnerability.

If you are not looking for a meaningful connection, why even date in the first place? If anything, technology gives us a forum for booty calls and hookups.

The stage should be set from the beginning, and the communication should be open until the end. It seems like an ideal world, but it is just an old-school philosophy.

If you make the change, it can create a domino effect. We can reinvent a world of open and honest dating.