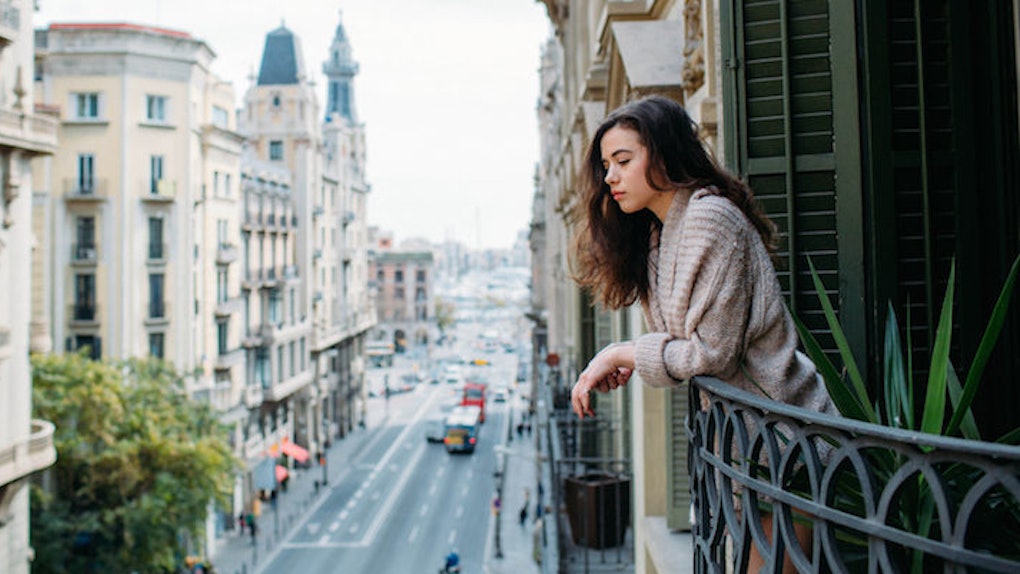 Getting Over The One You Thought Was The One: When It's The Right Time To Move On

Oftentimes — most of the time, actually — there is no bright light or shining, definitive moment that signifies the end of a relationship. People drift apart, things change and we can’t keep in touch with every person through every stage of our lives. But, this ambiguity can make it difficult to decide when enough is enough, and when it’s really time to let go.

I try to teach myself never to give up on anyone, no matter how difficult things may be. But, there’s a difference between giving up on someone and knowing when you have more than you can handle. More importantly, no matter how much you don’t want to admit it, it’s important to know when you have less than you deserve. But, coming to this revelation isn’t easy.

For so long, I convinced myself that the way I was being treated (or in better terms, the way I was being ignored) was just something I had to learn to deal with. I tried to make myself believe that it was okay, because in different ways, we were both wrong. I convinced myself that if I reached out and was made to feel like a fool, I just had to learn to accept that — but I didn’t accept it. I didn’t deserve 10 months of silence, I didn’t deserve to be ignored and I didn’t deserve to be mocked. What I deserved was a conversation — a sober one at that.  I deserved a response to the messages I sent and to every effort I made.

Silence is worse than any argument and it screams much louder than any harsh word or accusation. It leaves you with unanswered questions and a constant sense of anxiety and false interpretations. For almost a year, I wished for a break to the silence. One word would have been enough; I wasn’t expecting some grand gesture, or even much at all. I just hoped for something, but got nothing. And that’s not so much sad as it is eye-opening as to who you really are. You can’t expect time to take control of everything and fix what’s been broken without making any concerted effort. Sometimes, time doesn’t heal — it just rips people further apart.

At some point, we come to a crossroads in these relationships when we realize that the person we once knew is no longer the person who stands before us. It’s not necessarily that he or she made some sort of grand, internal transformation, though sometimes, that may be the case. Sometimes, we simply see a difference from what we thought we knew and it becomes nearly impossible to remember who the person (we thought we knew) was before.

I got to a point where I realized that no matter what grandeur and good the future may have held for us, it could never take back the cowardice and apathy that I had seen before. I would never be able to erase that; I could forgive but not forget, and in not being able to forget, I would always see a different person.

All of the things I loved about you had been saturated by this awful darkness and they would be forever tainted; it had come to a point where the bad simply outweighed the good and the memory of the good wasn’t enough to sustain in the present anymore.  I had loved you, but I didn’t like you anymore.

Everyone messes up; we are taught to forgive, and as difficult as that can be, we really ought to try. But, I realized that even if I forgave you, you didn’t want to be forgiven. You were indifferent. Even if I chose to come to you and tell you that it was okay and that we could fix it and rebuild, it would have made no difference to you.

You can’t fight for someone who doesn’t want to fight back and you can’t grant forgiveness to someone who doesn’t care about being forgiven; it’s like throwing a tennis ball against a wall and expecting it to stick and not bounce back. Sometimes, letting go of someone means putting an end to a one-sided fight. And when you can recognize it as that, everything becomes much easier.

Letting go doesn’t mean that all of the good goes away. I know that you’re not a bad person; in fact, I still think you’re wonderful. I know that your heart — though you often keep it tucked away and silenced — is big and capable of almost anything for those who you care about. And, of course, I miss you. Letting go of you doesn’t take any of that away.

I’ll admit that there are still parts of me that believe that this story has been left unfinished. There are pages I’ll never be able to read and new chapters that I’ll never get to experience. Part of me still believes that these pages exist somewhere, floating around in the corners of some universe. We just weren’t able to find them and we’re never going to find them because this book has closed — and I’m the one who’s closing it.