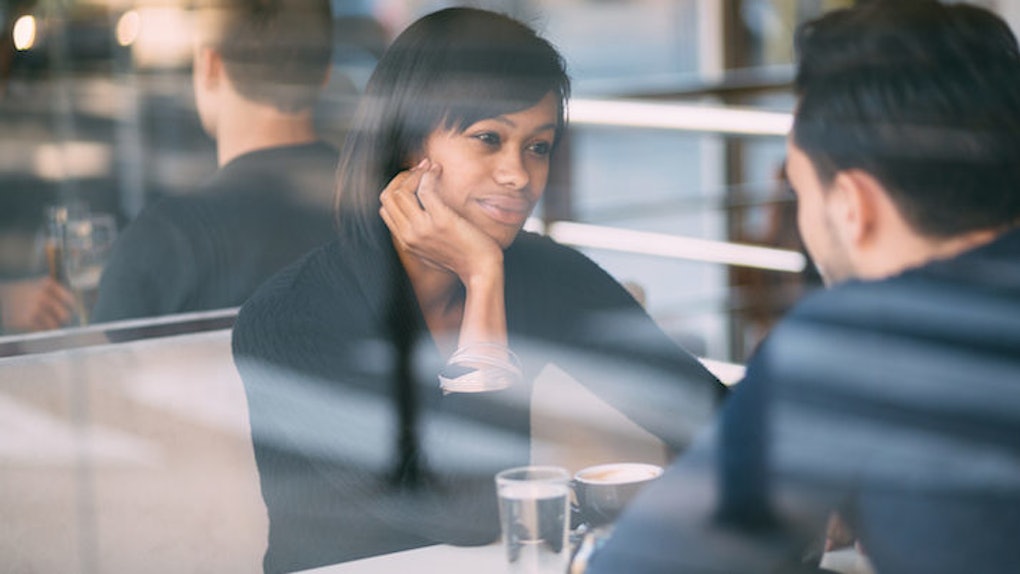 16 Painful Struggles Of Getting Back Together With Your Ex-Boyfriend

Getting back with an ex is never an easy feat.

Sure, the two of you have made this decision and have concluded that you care more about each other than the past.

The two of you are committed to giving this thing another go, and you’re excited, if not a little weary.

Yet getting back together after a rough breakup comes with its own group of challenges.

No one in your support group is going to be ecstatic you’ve forgone his or her advice and are taking back a guy he or she watched you cry over.

Your mind will still be battling with the demons of the past that lead to the breakup in the first place.

Is this the right decision? Why do I feel this is worth saving? Is he the one for me or am I just terrified of ending up alone?

You’re still going to have doubts in the back of your mind. It’s natural.

The only thing to do is resolve to stand by the commitment you’ve made and to give it your all.

You have to accept people do grow and change. We’re all just trying to get by and find love.

Without further adieu, here are 16 struggles of getting back together with your ex boyfriend:

1. You have to tell everyone you’re back together.

It’s definitely difficult to break this kind of news to every single person you know (and some you’re just barely acquainted with).

It’s a bit harsh on the pallet to inform your social circle the devil incarnate, the man you f*cking despise is now your BAE again.

2. You have to re-add each other on social media.

It may have seemed in your best interest to delete every photo off of Facebook and to unfollow him on Twitter and Instagram upon your breakup, but now that you’re back together, you have to do the dreaded “re-add” dance. Ugh, when your friends see the notifications online...

3. You have to try and mend your mother’s opinion of him.

You’ve already talked so much sh*t about him to mom. She was already skeptical in the first place.

How do you even come back from that? She doesn't want grandkids that badly.

You now have to tiptoe around your friends. You cringe at the thought of a haughty, “Don’t say I didn’t tell you so when you break up again.” You just avoid the topic of BAE at all cost.

5. You have alienated a significant portion of your friends.

They no longer trust your judgment. They are never going to get behind this decision because they know it is probably the worst decision you could be making.

They will all claim they won’t be there when you come running for a second time. That is f*cking scary.

6. You have to ask yourself if you want him or if you just want a boyfriend.

You have to think about why this is happening in the first place. You question your motives for the reconciliation.

7. You both say you’ll change, but only time will tell.

Getting back together will throw you right back into the honeymoon phase. Everything feels so perfect and so different from the last time.

You have to be wary and skeptical. These changes may only be temporary.

8. You have to work really hard to treat it like a new relationship.

It’s easy to get caught up in the wishy, washy whirlwind of the past.

You have to make the conscious effort to start over and treat this like something new. Otherwise, you’re doomed to repeat past mistakes.

9. You have to get over all the stuff you said to each other.

When you were breaking up, you both said a lot of awful, hurtful, terrible things to each other. Some of those things can never be unsaid.

The only way is to let go and never try to use those moments as ammo in future arguments.

10. You have to try to get back on his friends’ good side.

You’re now known as the “unstable,” “crazy” ex-girlfriend. It was hard enough to make them like you in the first place.

Now that you went all “Carrie” on their friend, you have a lot of damage control to do.

11. You have to deal with the sh*t that happened between the first breakup and now.

The period between then and now is the most awkward to breach.

12. You wonder if you’re settling.

You can’t help but wonder if this is really the best relationship you could have. Are you back with your ex because you’re afraid something better won’t come along or are you getting back together because you made a mistake?

13. The validity of breaking up has lost its weight.

Now that you’ve broken up, it’s like breaking up doesn’t even mean anything anymore.

If you get into a massive fight and break up, you could easily just get back together again. After all, you’ve done it before.

You can’t just SAY you’re finished with the past; you have to really let it go.

That time you spent apart is the strangest gray area a couple can encounter and those blackened memories of your previous love affair are burned into your memory. If you can’t let go, you can’t move on.

15. You’re very aware of how ugly things can get.

There is none of that silvery, lovey dovey film of romance over your eyes. You’ve seen what can happen.

You’ve seen how terrible and painful and hideous things can become. You don’t have to imagine what it would be like to break up; you’ve lived it.

16. In the end, you realize you’d rather be with him than face life without him.

What it all comes down to is the two of you are very important to each other. You’re willing to put up with all of the bullsh*t if it means getting to be together.

You’d rather deal with an endless hailstorm of rude remarks from your friends and memories from the past if it means you don’t have to live without him.

In the end, you know this is a thing worth saving.