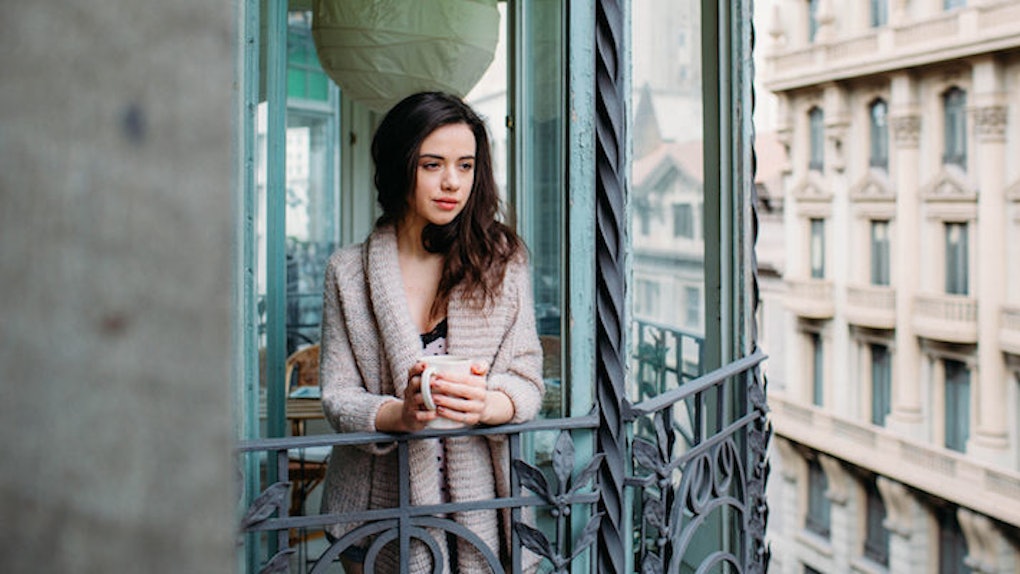 I used to joke to my friends that I’m a master at breakups.

In college, I dated the same guy on and off for three years, most (okay -- all) of the “offs” initiated by him. He'd dumped me so many times that I became a pro at sensing the onset of yet another a breakup.

When he chose playing Skyrim or watching whatever movie he and his roommates were obsessed with that month over hanging out with me on a weeknight, I knew I'd better load up on the Oreos and white wine because my sorry ass was about to be single again. And since my ex-boyfriend and planning went together like peanut butter and calamine lotion, I not only knew that a breakup was going to happen, but I even knew when -- at the most unexpected, inopportune time.

Once, for example, I sensed that he was trying to dump me in the middle of a texting conversation, so I demanded that he not type another word until he meet me in person and say whatever he was about to say to my face. So he did, and I yelled at him for a good 10 minutes. And it was raining out, which really added to the theatrics of the whole thing.

I received my Ph.D in getting dumped when he broke up with me on Valentine's Day, after he'd taken me to a fancy dinner in the city to celebrate the holiday. When I questioned this downright sociopathic move of his, he said he'd wanted to take me on a "nice night."

"A nice night? A nice night?" I screeched. "You thought taking me out for an expensive dinner right before you dumped me constituted as a ‘nice night’?"

This was something like the fifth time he'd dumped me, so I just felt... embarrassed. I'd trusted him to not mess up again, re-hyping him up to my skeptical girlfriends and insisting that he really was working harder this time to make things work. I'd worn a pretty white dress and shiny red shoes and let him hold my hand on the train, and we'd cheerfully skipped back to his apartment after our lighthearted, laughter-filled dinner. But then, as I lay next to him on his bed, the bed on which we were literally about to snuggle in for the night and watch a movie, he blindsided me with an "I can't do this." Mortifying.

If you've ever been dumped on Valentine's Day after having suited up for a costly dinner at a swanky Italian restaurant with someone who you thought loved you, you have truly seen it all. Nothing any man does should ever shock you anymore.

Like all of my previous breakups from him, this one, too, was followed by a futile attempt to piece myself back together. By this point, I knew exactly how to process heartbreak: purge my feelings as often as needed, distract myself when the purging became too much and never give myself a deadline for when I was "supposed" to be over it. I made sad playlists and listened to them on repeat, removed my ex from as many social media accounts as I could and got into carefree, drunken escapades with my girlfriends.

The sad truth, however, is that no amount of sad playlists or blocks on social media or intoxicated nights out were enough.

Yes, it's important to take active strides to get over a breakup, and I'm happy to say that the methods I chose helped me experience fleeting moments of calmness. But my life during my periods of heartbreak was like a minefield, so susceptible to exploding if I fell into any small thing that threatened its weak stability: if I caught a glimpse of him at a bar, if I mindlessly scrolled through his Instagram account, if I got a whiff of his cologne while walking to class or on the train. I'd have a good week in which I felt strong and unstoppable that could be completely destroyed by the mere sight of his flannel buried in my pajama drawer or by making brief eye contact across the quad with a girl he hooked up with.

The only thing that really, really got me over my ex was time.

By my fifth breakup, I learned there's nothing more healing than the passing of time, even during the days when the clock ticked gut-wrenchingly slow, and every minute that he wasn't texting me felt like several thousand hours.

What pulled me through the hardest of heartbroken nights were thoughts of the less heartbroken version of myself waiting for me in the future. I knew that in a week, I'd be slightly closer to her. In a month, I'd be even closer. In a few months, I may even be her.

She was the girl I longed to be. She didn't cry. She thought wallowing in her bed all day was even more exhausting than actually living her life. She smiled and meant it. And she was okay.

Feelings aren't controlled by a light switch that easily turns off when we throw out one of our ex's flannels or have a successful one-night stand with a cute guy at the bar. Feelings are scary and volatile, and they can flare up like a grease fire in an unpredictable, uncontrollable instant, no matter how many shirts we toss or randos we f*ck.

But we can't blame ourselves when this happens. All we can do, as eye-rollingly clichéd as it sounds, is remind ourselves that time heals all.

Believe in the power of the Earth spinning and time passing. Believe in the power of placing yourself a few hours, a day, a week, even a month into the future and knowing that there's a less-heartbroken version of yourself waiting on the horizon. Because if you envision yourself as the whole person that you will be again, it'll be far easier to piece your broken self back together. I promise.