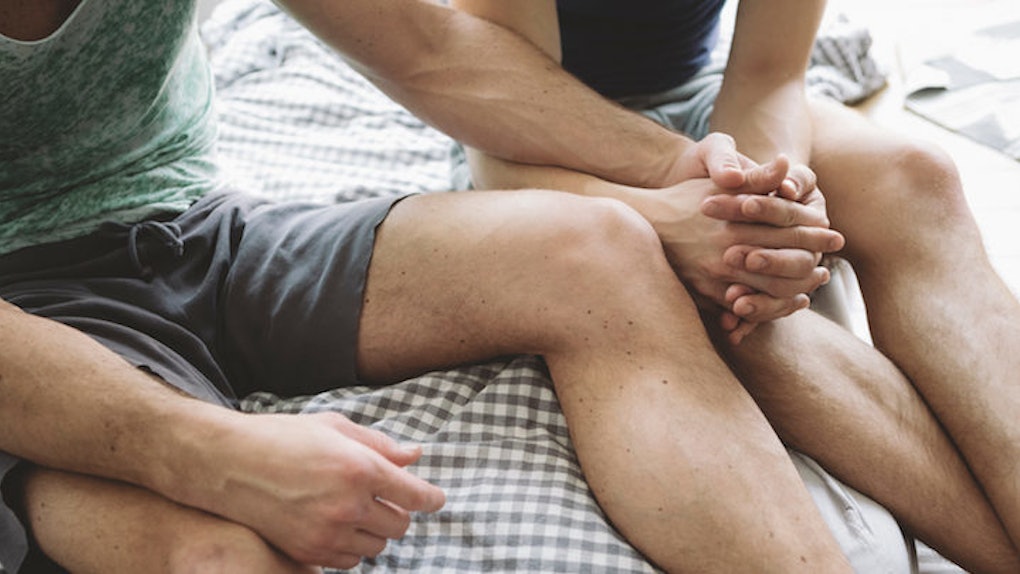 When Me Becomes We: 7 Signs Your Man Is Ready To Settle Down

Gents, we’ve all had our wild days of mindless Grindr hookups, riotously fun dance floor makeouts at the gay club and trysts in the gym sauna.

No doubt, those times were fun; they were maybe even a bit magical.

But eventually, there comes a time when every young man must settle down, and that’s even better.

My first serious boyfriend was the kind of guy who made you want to settle down.

He was sweet and kind, but most importantly, he knew how to make me feel like the only person on Earth.

Your first few gay relationships are like high school.

You're inexperienced, unsure of how to approach situations and there's a trial and error of awkward moments and new discoveries.

Luckily, my first boyfriend put me at ease. This boy got me thinking, what is it about a boy that makes you want to settle down with him?

A sign of true maturity is the ability to commit wholly, unabashedly to just one person: emotionally, sexually, spiritually and physically.

While marriage may not be for everyone (it has its drawbacks), everyone, at least at some point, dreams of settling down.

This is when the proverbial saying comes true: the boys become the men.

Here are seven signs your boy is finally ready to settle down:

1. He lets you meet his parents.

You know a boy is serious when he lets you meet his parents.

Meeting the parents is a major step in any relationship, but especially in a gay one.

Let’s face it: He probably hasn’t been out to his parents for very long, and you might be the first boyfriend they’ve ever met (though they’ve met plenty of girlfriends in the past).

This is probably nerve-racking and scary for him, but he knows you’re important enough to him to introduce you.

Now you can gab with his mom about how he had a horrible haircut in 10th grade or how cute he was as a baby.

Plus, once you’ve met the parents, you can do almost anything.

You know he really cares when he brings you up in conversations and brags about you to his friends.

You and his friends are some of the most important people in his life, so it's key they get to know you and like you.

It's exactly what shows he really cares.

He’s also open about you on social media. Now, this doesn’t mean you have to be “in a relationship” on Facebook or posting gratuitous make-out pictures from your weekend getaway.

That’s all very seventh grade and not very tasteful.

But, this does mean he’s willing to have you in his profile picture, and he posts romantic statuses when you hit the big anniversaries.

Being open with the world about how he feels about you means he’s fully committed to you, comfortable with his sexuality and ready to settle down.

This may get gasps from the gay community, but it’s time to stop hooking up.

Nothing is sexier than total commitment.

Boys, if you’re serious about settling down, put down the dating apps and pick up the phone.

Stop using your fingers to swipe left and right, and instead start using them to make something nice for your man.

There was a time when it was fun to use Grindr and Tinder to have a hot hookup, but gone are the days of open relationships and casual sex.

4. He’s willing to make positive changes for you.

When your man is truly in love and has reached the point of being able to settle down, he will be willing to make changes for you.

This isn’t saying being independent is bad. On the contrary, being two, independent guys is the best thing for you and your man.

It is key to the health of your relationship that you don’t forget who you were before the relationship started.

However, it is also key to realize how you have been changed and to be open to it.

Adopt a healthier lifestyle, learn to become a more frequent texter, become comfortable holding hands in public and most importantly, start to enjoy (or at least pretend to enjoy) sappy rom-coms.

If your man is truly ready to settle down, then he knows the things you like.

(Yes, it is illegal to drink in the park, but it’s romantic.)

He plans a weekend getaway to a national park full of camping and lying beneath the stars because he knows your favorite movie is “Brokeback Mountain.”

And very importantly, he knows what you like to watch.

He’ll text you and ask how that episode of "Downton Abbey" went.

Even if he doesn’t watch the show, he knows it’s on at 9 pm on Sundays, and you’ll be glued to the TV.

If your man is ready to settle down, he prioritizes you. This means sacrificing to make you happy.

Although he may have to miss going to the game with his buddies, he does it because he wants to be with you.

All of those plans he dreamed about when he was a kid now have you standing right beside him.

When he thinks about buying his future home, he sees himself buying it with you.

When he sees a young family walking down the street, he smiles knowing that’s what he wants to have with you.

If he’s ready to settle down, you’re already a part of his dreams.

7. He’s come to terms with the hyphenated last name.

Maybe not for you guys, but at least for your children.

One of the surest signs your boy is marriage material is if he’s willing to put away his traditional notions of naming children and has accepted that both of you, both parents, will leave your little naming mark on the kids.

What's a sexier way to show you care and you want to spend forever together than to hyphenate your children’s last names?

Plus, imagine all of the fabulous monogrammed towels embroidered with double the fun.

And sure, getting their whole name on an airplane ticket will be harder and people will ask questions, but you should embrace those difficulties.

“Why do your children have two last names?” someone might ask.

Proudly answer back, “Because their dads love them twice as much.”

And who would pass up an opportunity to be like gay couple of the year (actually, gay couple of every year) Neil Patrick Harris and David Burtka?

Their adorable twin boy and girl have hyphenated last names, and their Instagrams slay the Internet.

When your man is ready to settle down, you will know it.

Embrace spending your lives together and know that no matter what happens, you’ll always have him by your side.