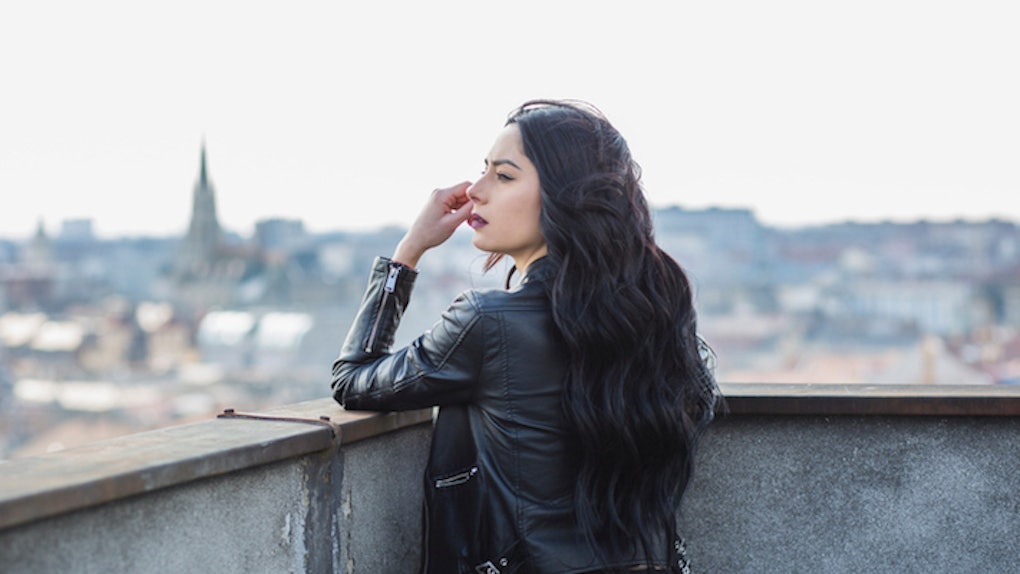 I Gave Up Passion For Stability

Your hand would be making its way up and down my spine as you kissed me good morning like a habit, like we'd been doing it for our entire lives.

If it was any other Sunday, I would be letting you convince me your arms were my only home. We would be subtly lying to each other as we closed the distance between us completely.

But this isn't that. This is the inevitable aftershock — the broken places Hemingway wrote about, the loud reality that's inexplicable and inescapable.

We were passion and adventure; we were uncontrollable heartache. We were chaos, madness and fireworks, two compatible souls coming together and creating perfect harmony.

We saw each other at our most vulnerable and raw, and instead of being fearful, we felt inspired.

It was what people wait their entire lives for — nothing short of epic. We weren't a roller coaster ride; we were nonstop ecstasy.

As it usually happens, though, the high became too overwhelming. We wanted to stay. I know we wanted to stay, but the only thing that made more sense than staying, was leaving.

See, we were always in between a “what if” and a “hell fucking yes." We were always dancing by a precipice, and while we swayed effortlessly, reality waited patiently to burst our bubble and pause our song.

We could've been beautiful, brilliant, even… but we were moving too fast to stop and smell the roses. We were too busy indulging each other's intensity to find the sweet spot between the exciting and the mundane.

We were too busy indulging in the intensity to find the sweet spot between the exciting and the mundane.

I knew we would say goodbye as soon as we said hello because just as you ignited every single nerve in me, you also awoke a painstaking realization that sometimes, most of the time, the things we want the most are the things we don't get to keep.

Not because of something as intrinsic as destiny, but because we lacked simplicity.

We lacked the little things, the dull and boring moments between the highs. I could've let you take my breath away forever, but I needed someone to breathe life into me.

I could've let you take my breath away forever, but I needed someone to breathe life into me.

I could've let you give me countless passionate nights, but I craved the purity of Monday mornings together eating cereal and reading the newspaper.

We were black and white, and sometimes, love, I just want to rid myself of absolutes.

I want the nitty gritty. I want “in spite of” love — love that doesn't fizzle when it's Wednesday night, we're both exhausted and don't feel like talking.

I could've let us drown in the ferocity of our feelings. I could've embraced the frustration of never being able to keep you, but it wouldn't have been enough to get us through the ups and downs. And when the unavoidable routine started to settle in, we would've crashed and burned.

And if this was any other Sunday, any other Sunday at all, I'm sure we would be making each other forget why we belong somewhere else. But it's late, it's raining and this Old Fashioned doesn't taste like you anymore.

So I'm sitting here typing with nothing but the sound of turning pages in the background, and even though I'm writing about you, every few minutes, I look up. And I see him casually laying there reading.

And while there are no fireworks or madness, he smiles back at me. And this time, there's not a doubt in my mind: I am home.