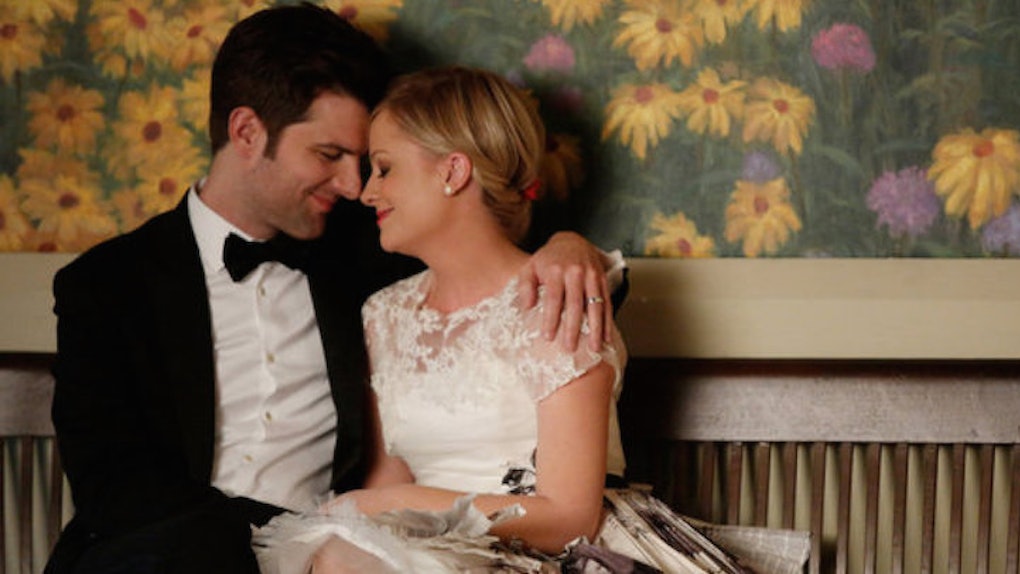 The Surprises People Found Out About Their Partners After Getting Married

When you decide to spend the rest of your life with somebody, you'd like to think you went into it knowing them inside and out.

I mean, I guess I can't speak for you, but personally, I would like to go into a decision like that (read: marriage) FULLY INFORMED.

But, as it turns out, people are full of odd, peculiar surprises... ones that they choose to reveal only after they've said "I do" and locked that shit down.

Read along as people share the most absurd things they learned about their significant others after they got hitched.

Her husband had never had a peanut butter and jelly sandwich.

He had never had a peanut butter and jelly sandwich in his life, and I found this out when we were married for more than five years. I made him his first pb&j when he was 30, and he was blown away by how good it was.

His wife has the loudest sneezes.

Her sneezes are loud as fuck. Seriously, I never heard her sneeze before we were married. She's a small person. But I could be in my office, with the door closed, while she is in the master bedroom across the house, again with the door closed. And I hear ACHOOOOO

Then I text her 'bless you.'

His wife is just mean.

Her husband gets anxious thinking about birthday parties.

No one came to his 8th birthday party after his dad died and even now he gets too much anxiety over birthday parties to have them for himself. :(

He hates grocery shopping, like would rather clean the toilet than pick up more than 2 things at the grocery store. It kind of works though, because I hate cleaning the bathroom.

His wife is disorganized and messy.

His wife can speak French.

My wife can speak french. We are [sic] on vacation last February in Papeete, Tahiti French Polynesia. My wife starts talking french to everyone talking french. WE'VE BEEN MARRIED 25 YEARS!

Her husband has a tough time with words.

He thought the word 'subtle' meant the opposite of what it means. All through dating and the first few years of marriage (~7 years) I just thought he was using it sarcastically. Also he gets 'horizontal' and 'vertical' confused. As in, he falls down on the bed after a long day and says 'Ahhh, it's so nice to finally be vertical.' He has a nice butt, though, so it evens out.

Her husband likes to play games on the toilet.

That 3/4 of the time he spends in the bathroom is spent on 'iPad time'. For years I thought he was struggling with digestive issues..... nope, just the Simpsons game.

His wife doesn't like the sound of the microwave beeping.

That she leaves one second on the microwave everytime because she doesn't want it to beep......

His wife has twins on both sides of her family.

That twins run in her family, both sides. Found out during an ultrasound when they said there are 2 babies in there

Her husband is still emotionally scarred from his last relationship.

That he has more PTSD from his ex-wife [sic] than he does from combat deployments.

His wife is her own biggest fan.

She only laughs at her own jokes. Like, she'll laugh after I say something, but it's only because she's thinking something funnier in her head. She's her own best comic.

His wife can make balloon animals.

My wife can make balloon animals and I never knew it. One day were sitting at home with the kids and after I brought home the wrong type of balloons out of nowhere she twists up a dog, then a monkey.

All right, now time to go home and ask your significant others what they're hiding.