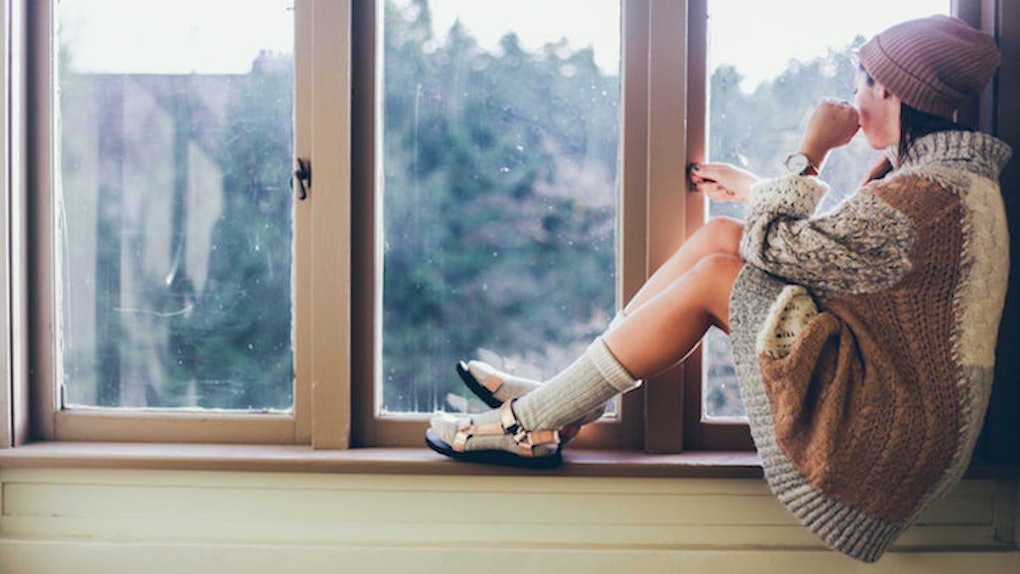 How Your FOMO Says More About Your Life Than You Thought

Over the past few years or so, Millennials have started to really worry about the "fear of missing out" -- or FOMO.

You might get FOMO when you miss a big party. Or maybe you get it when you have to cut down on weekend activities (at least the ones that require money).

Whatever it is, you feel FOMO when you can't do something you want to do. And it's something I hear about all the time.

FOMO has grown so rapidly because of social media. Five or 10 years ago, people didn’t worry so much about what they were missing out on, because they didn't even know what it was.

And, for a lot of people, this will lead to FOMO.

I’ve always thought FOMO was kind of a silly concept. I mean, everyone has a life, and just because you missed out on something that other people were at doesn’t mean your day is ruined. There’s always next weekend to party -- if that’s what you’re really into -- and there will always be another party.

I’m not sure if people who are plagued by FOMO just really hate missing out on things or if the phenomenon stems from a deeper place of insecurity. Whatever the case, it’s difficult to just ignore the relevance of this... condition.

And according to Michael Hogan, Ph.D, FOMO might affect us more than we think.

In an article for Psychology Today, Hogan refers to a 2013 study that defines FOMO as "a pervasive apprehension that others might be having rewarding experiences from which one is absent... the desire to stay continually connected to what others are doing."

This study showed that FOMO, though experienced by a large number of young people, is especially felt by males.

Additionally, people who reported high levels of FOMO also “scored low on satisfaction of basic psychological needs.” People who feel more FOMO than others are also more likely to be attached to their phones. They tend to check all of their social media sites from the moment they wake up to the time they go to sleep.

To these people, social media is more than just a source for news or a way to communicate with people they might not see every day. Rather, it’s a critically important part of their lives.

Out of 80 responses, "increased dissatisfaction with one's life" and a "decrease in privacy" were reported as the two most negative consequences of FOMO.

This makes sense, since people who experience FOMO are likely disappointed by their lives in comparison to the ones they see online.

Hogan then sought out connections between these 80 consequences by asking questions like, “Does consequence A significantly aggravate consequence B?” In other words, he wanted to see if two consequences affected other areas of one’s life.

In the end, both “increased dissatisfaction with one's life" and a "decrease in privacy" directly and significantly exacerbated feelings of “poorer self-image” and a “decrease in concentration.”

So, though FOMO might only seem to directly affect one part of our lives -- how sad we feel about missing out on something fun -- it can actually become a larger issue.

The scariest part, at least to me, is that there’s very little we can do to combat FOMO. It’s not necessarily something that comes from within; it's something we receive from social media and the transparency of people's personal lives.

But if you’re someone who is aware of your own FOMO risk, research gives you more than enough reasons to nip it in the bud.

From my experience, social media -- like anything -- is great until you become dependent on it. Try to cut down before it starts affecting your life. Make sure you allow time in your day for real, face-to-face interactions, and try to avoid incessantly scrolling through your feeds.

At the end of the day, you’ll just be wasting precious time from your own life to check in on the URL lives of others. If there is something to be afraid of missing out on, it's your life. Don't track other people's lives and forget about your own.