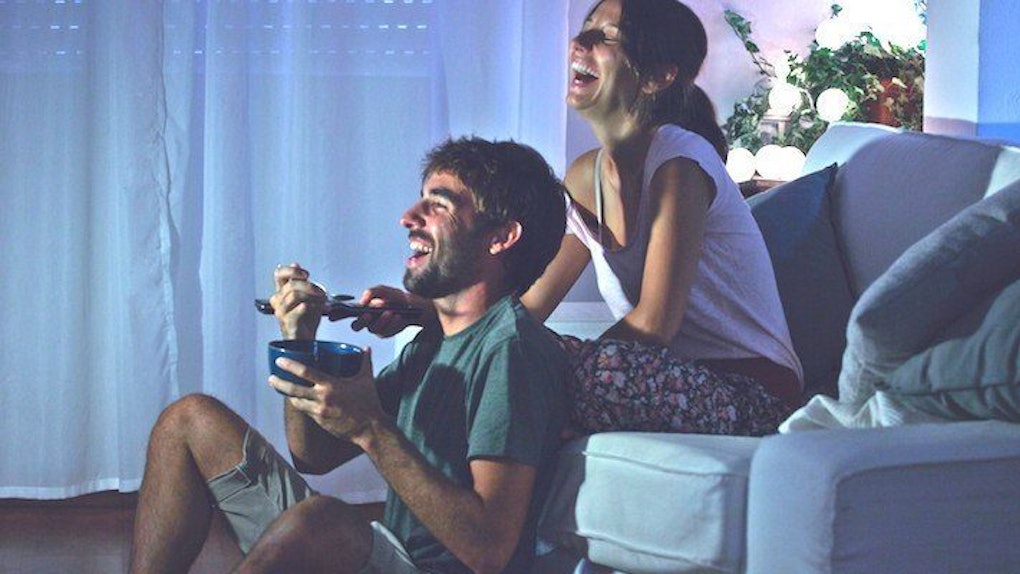 Let me begin by saying that in most situations, it's probably 90 percent impossible to turn a friend with benefits into a real, committed relationship.

And most of the time, you probably don’t want to, anyway.

But there are rare situations when there is a very slight chance this person might actually have what it takes to become your significant other.

As many people know, these kinds of things usually end badly. One person develops feelings for the other, but it's unrequited.

This results in the other person ending things because now, it's awkward.

However, if you find this person is actually the love of your life, and you want to attempt to start an actual relationship with him or her, here is what you need to do:

First, don't tell him how you feel, not yet.

If you want to end things with quickly, tell your FWB you have real feelings for him or her. If not, keep it to yourself.

You need a lot of time in order to build your relationship, and you also need time to let him or her develop enough feelings for you as well.

Try to act normal and not like some crazy person who’s head over heels in love.

And while you're at it, here are some other qualities that will help the situation:

Only time will tell if this relationship is worth your time and effort. When a relationship starts out with both parties clearly not wanting anything serious, you need to give it time in order for more feelings to grow.

Maybe the feelings are already there, but are purposefully being pushed away in order to maintain the order of things.

Getting frustrated because things aren’t happening as fast as you want them to is a sure way to ruin things.

If you aren’t willing to be patient and wait for the relationship to bloom, then this one isn’t for you. I encourage you to end things and move on.

2. Be his best friend

I know, I know, the friend zone is real.

But countless times, romantic relationships have bloomed from “friend zones.”

By being there for your FWB, respecting him, giving him space and not putting any pressure on him to treat you like a girlfriend, he is more likely to relax and be himself around you.

Don’t ask him questions about other girls. Don’t search through his phone. Don’t act in any way like you are getting emotionally attached.

It is in this type of environment where he will either realize he wants you as more than just a FWB, or he doesn't.

And I mean small.

Some guys will catch them, and others won't.

Randomly text him something funny or cute, invite him on a road trip (just the two of you), maybe make him dinner or buy him a small, not so serious gift.

If he doesn't reject these actions and seems to welcome them, you can intensify these changes over time. You will slowly begin to see the relationship transform.

4. When you're ready, reveal your feelings

By now, you should see some sort of sign he has feelings for you in return, even if he hasn’t said it yet.

If you have seen absolutely no change in the way he talks or acts, then it’s likely there are still no feelings.

If it’s been quite a while (maybe six months to a year), and you can definitely see a difference in the relationship, think about finally telling him your real feelings.

This is your leap of faith, and it will be the hardest and scariest thing ever.

Everything will change after you say those words; but whether the change will be good or bad, I can't say.

If he feels the same way, wonderful. You might be on your way to a trusting and positive relationship.

If not, it will most likely result in the end of things. Be smart and don’t reveal anything too soon, as that could ruin your chances.

Sometimes, he might need more time. Sometimes, he’s just not into you like that. If that’s the case, hopefully you can see it sooner rather than later.

If you two have made it this far, there is obviously something between you that keeps both of you coming back for more, even after all this time.

If he’s really worth it, don’t give up.

Be patient and kind. Listen to what he wants and what he doesn’t want.

All the time you have spent being his friend has actually built the foundation for a future relationship, one built on friendship, not sex.