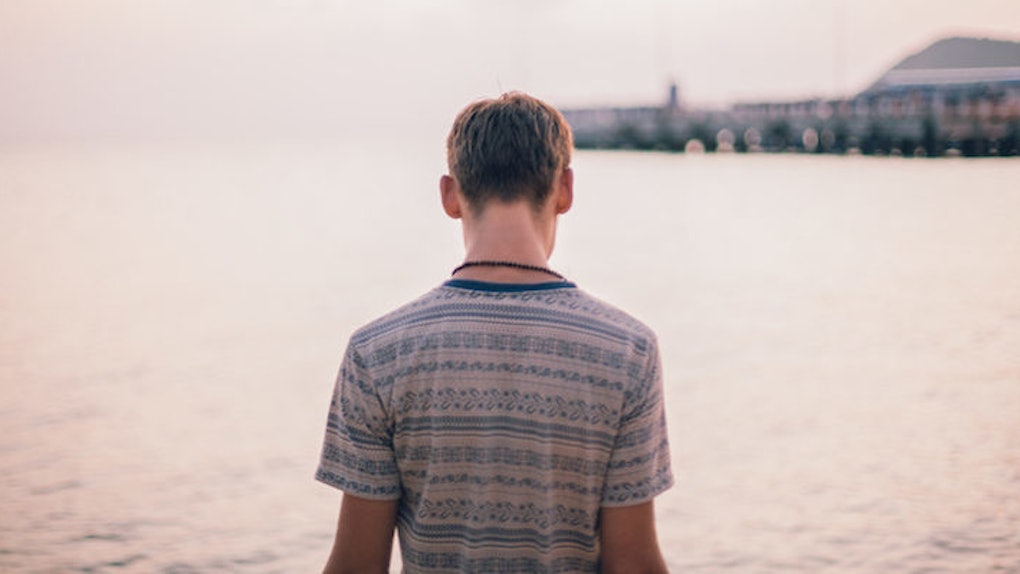 Erik Erikson was a psychologist who famously developed the stages of psychosocial development.

Each of these stages constitutes a crisis every human will experience during his or her lifetime. One’s ability to meet, overcome and advance past these crises is paramount to his or her development.

One of these crises constitutes falling in love.

Before falling in love, humans encounter the “identity crisis,” which occurs during adolescence. This stage focuses on the existential question of “Who am I, and what can I be?”

That question alone triggers memories of my own identity crisis as a young teenager dealing with the onset of puberty. I would get angry at the drop of a hat, and I struggled to understand my place in the world.

What was my purpose, and what was I going to do with my life?

Successfully exiting the identity crisis stage is an essential precursor to adulthood, as teenagers leave their youth behind and start to grow up.

For me, conquering this stage took an incredibly long time. Erikson defines this state as beginning as early as 13 and ending around 19.

However, I was in my 20s when I battled with my identity crisis.

Now, a major downside of failing to conquer a stage in Erikson’s allotted time period is the fact that it leaks into the next phase of your life.

As a teenager, one can get away with avoiding the pressures of adulthood like committing to a career and acknowledging the real world. However, as an adult, I was still hesitant to make important life choices.

Ultimately, it’s safe to say my identity crisis didn’t wrap up until I was in my early 20s. (To read more about how I overcame that part of my life and finally grew up, check out this article.)

After the identity crisis stage comes falling in love, or the “intimacy” stage. This is where the competing forces of love and loneliness emerge.

Text-savvy Millennials perusing Tinder find themselves pondering the existential question of “Can I love?”

Erikson posits that during this stage, young adults start to form relationships as they learn about commitment and sacrifice. This preps them for the next stage of life, which includes marriage and beyond.

Erikson’s timeline for the intimacy stage starts at age 20 and concludes at age 24.

When I first read about Erikson’s psychosocial stages, I was 24 years old and had never been in a relationship before.

As a late-blooming 24-year-old, I felt terribly lonely. For a period of time, I truly believed I would always be alone.

Thankfully, I was lucky enough to enter a relationship at the age of 25.

The amount I learned, changed and absorbed merely through a few months of being in a relationship was absurd.

Below, I offer some tips and advice to fellow late bloomers like myself, who can’t seem to land a girlfriend:

The entire inspiration for this article was Erikson’s psychosocial stages.

At the age of 24, I was past his allotted time period where one discovers his or her ability to love. Thus, I believed my fate had been sealed.

Maybe love wasn’t meant for everyone.

Looking back, my thought process was comically dramatic.

But it was tough being surrounded by friends in blooming relationships, while my major responsibilities were checking my fantasy football team and indulging in video games.

Ultimately, you can consider this article a giant middle finger to Erik Erikson.

Sure, he was a pioneer.

Yes, his theories were brilliant.

But who’s to decide the appropriate time frame for figuring our sh*t out?

A common theme among men who can’t seem to find girlfriends is they're terrible with women.

Quite simply, if you can’t seduce a woman, the odds of falling in love aren’t exactly in your favor.

Throughout high school and into college, I was extremely uncomfortable with affection. The mere idea of asking a woman out on a date terrified me.

In other words, I never got laid.

While my friends fell in love, formed relationships or simply slept around, I adopted a lone wolf attitude.

One of the most important changes for me was working on my social skills and confidence.

A book I cannot recommend enough is “Models: Attract Women Through Honesty” by Mark Manson. This book offers insightful, actionable and realistic tips on meeting and dating women, and it changed my life for the better.

Either way, what I came to learn about dating and relationships was quite simple: Anyone can do it.

I used to be so awkward, I often wondered how I would ever maneuver through a relationship that required me to comfortably touch, kiss and cuddle my potential girlfriend.

Last I checked, you kiss using your lips. If you like someone, touching him or her eventually becomes second nature.

In fact, I used to notice myself craving the touch of my girlfriend, and not in the name of lust.

In the end, the most important lesson I came to learn is when you meet the right girl, fear becomes irrelevant. You will do whatever it takes to call her yours.

3. Love is a game of strategy.

This is going to sound robotic, but falling in love with someone who graduated from the same high school as me nearly a decade prior made me realize love is really a game of strategy.

For example, attempting a relationship with a total stranger is high risk because there is no foundation for the relationship. This is why most people have difficulty establishing anything “real” in the bar scene.

Attempting a relationship with someone you meet through mutual interests is slightly less risky because you already have something in common.

So, enjoying hobbies like dancing or cooking classes can serve as fun, low-pressure ways to potentially meet women.

Attempting a relationship with someone you meet through mutual friends is even less risky due to social approval.

Lastly, attempting a relationship with someone you are actually friends with is your best bet because you know enough about one another to make an educated decision as to whether or not it will work out.

Ultimately, if you want to create a successful, long-term relationship, it’s important to put yourself in situations where you will meet low-risk candidates (intimate parties, weddings and social events).

If you don't find yourself in many low-risk situations, it's time to work on expanding your social network.

4. Stop searching so hard for love.

My initial reaction to Erikson’s words was panic, and I decided to kick my dating life into full gear.

At my peak, I was on Match.com, Plentyoffish.com, Jdate.com, Tinder and Hinge. I sent loads of messages daily, which extended far beyond the realm of “hello.”

I rarely got responses.

Not only was I dating online, I was all over the bar scene. While it was fun, it was also exhausting.

Although it’s corny (and I’m not the first person to declare it), the moment I stopped searching for love and just took a breath, it practically fell into my lap.

So consider your current social situation.

Do you need to remodel your life and put yourself in situations where you can meet potential partners? Or do you need to just chill out and take a break?

For me, I just needed to take a step back and breathe.

5. Love is not a magic potion that will suddenly make everything better.

If you are depressed, unemployed and underachieving, love might mask your downfalls briefly.

But those things won’t go away until you man up and handle them. In fact, these things will eventually destroy your relationship.

As a depressed college student, I envisioned falling in love as my saving grace.

I could expose my insecurities to my girlfriend, and our acceptance and embrace of one another would be so magical, it would transcend any feelings of negativity.

Of course, I had watched a few too many movies.

Don’t get me wrong; love is pretty incredible.

But it can also make you blind. During my relationship, I struggled to find meaning in my career while teetering between staying at my comfortable job and quitting to pursue my dreams.

Yet, instead of making a decision, I avoided committing to either path and started to drift in an unhappy state of inaction.

In other words, I was that same college kid reverting back to bad habits.

Looking back now, I used to think my girlfriend was negatively impacting the balance of my life due to her consumption of my free time.

Of course, that “consumption” was normal. Rather, I was looking for an excuse for my inability to take ownership of my life.

It was that blindness that sunk our relationship.

Don’t make the mistake of thinking love can magically fix your life. As I came to learn, it can’t.

That’s no one’s job but our own.

As a lonely man in his mid-20s, it was all too easy to foresee a future devout of love. However, I firmly believe it’s never too late for love.

This is just a negative mindset.

In reality, the major lesson I came to learn was not about the possibility of love.

Rather, it’s the fact that love is only a small piece of this maddening puzzle we Millennials call life.