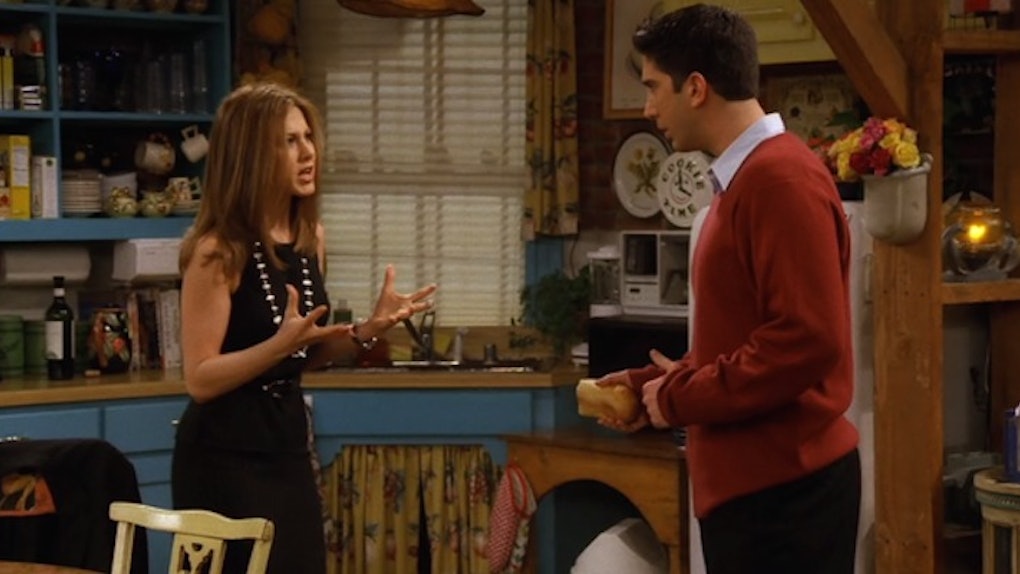 Allow me to set the scene: You and your boyfriend are in a passionate fight. You cannot BELIEVE he would even dare like his ex-girlfriend's picture on Instagram.

To you, what he did wrong here is obvious. He liked her photo and, therefore, betrayed you.

But he doesn't get it. He just liked a photo; it wasn't a big deal. He tapped on a stupid picture twice... like, why, are you so mad?

The more he disagrees with you, the more angry you get. HOW DOES HE NOT GET IT?

You're screaming. You're crying. Before you know it, the two of you have been fighting about this like on his ex's picture for two hours.

You try to explain how much he hurt you by doing that, and finally, he sighs and hits you with the classic, "I'm sorry you feel that way."

On one hand, you're happy he said he's sorry and technically acknowledged your feelings. It's a step up from being defensive.

But on the other hand, you can't help but feel a little, well, enraged. He. Still. Doesn't. Get. It. He still isn't taking ownership for his actions.

But I've never had definitive proof my theory was correct. So I asked eight straight guys to find out what they really mean when they say "I'm sorry you feel that way."

To this guy, it basically means "you're dumb."

Hahahahaha I am so much smarter than you.

To this guy, it's a nicer way of saying "you're wrong."

You're wrong, and I'm not changing my mind, trick.

To this guy, it means absolutely nothing.

Nothing... literally a filler phrase when I don't empathize with how she's feeling and she's being irrational.

To this guy, it's really nothing more than an attempt to stop the fight and get in your pants.

It's an empathy play. Attempting to gain sympathy in hopes that the option of having sex is still available in 30 minutes.

To this guy, it's a way to disagree without causing more drama.

It's like a non-confrontational way of disagreeing with her. Most guys think that they'll never be able to sway their girlfriend, even if they're wrong, when they get into an argument so it's a way of stopping a fight from escalating.

To this guy, it's a way to stop the fight.

Let's get this over with.

To this guy, it's code for "you are being an idiot."

It's pretty obvious to both me and her that I mean she is acting like a total and complete ass buffoon, and my only choice is to blabadab those words out to put an end to it once and for all.

Based on all of these responses, one thing is clear: "I'm sorry you feel that way," never actually just means "I'm sorry."