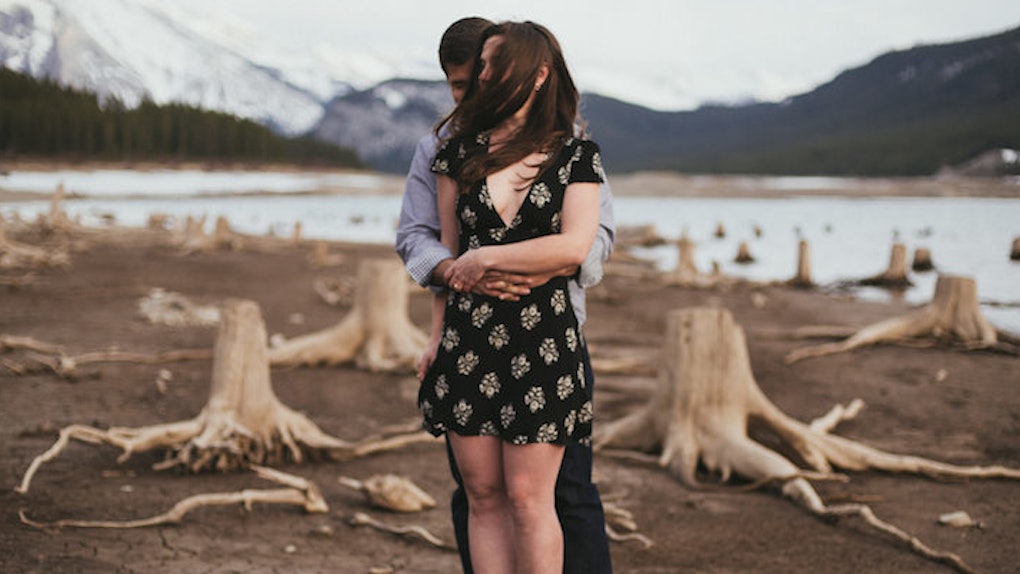 With summer ending and many relationships on the brink of becoming long-distance, you'll notice a shift in the air.

College students are going back to school, internships are ending and new jobs are beginning. There's about to be a bunch of unhappy people roaming the streets as they prepare for living in different zip codes than their SOs.

The excitement of a summer fling transitioning into a lasting relationship to get you through the long, cold months of winter is enough to leave you giddy with excitement. But then, the plaguing reality hits you: You're about to spend more time away from your SO than physically with your SO.

This is enough to cause most people to begin to stress, and sure you enough, you probably are. And you're also doing something else: picking fights.

Maybe he didn't show up on time, or maybe she was insensitive to a family commitment you had. Whatever it is, the things that once were in the category of "NBD" are suddenly causing full-on screaming matches and text wars.

What if I told you this was actually a good thing?

Of course, no one enjoys death matches, but picking fights with each other is honestly a sign you both REALLY CARE about each other.

When we know we are about to get sad, scared or lonely because we are forced to say goodbye to someone (even if just for a brief period of time), we will purposefully search and pick out the person's flaws so we won't miss him or her as much.

We'll be so distracted by the fact she blew off Grandma's birthday party that we will forget in a few short weeks, you'll be packing up to move hours away.

Anger is an easier emotion for us to deal with.

Anger is an active emotion that fuels us and makes us want to do something to change it (like start an argument.)

While sadness is very different, we seek comfort and yearn for understanding to hopefully make our low, depressing feelings subside. It's easier for us to be mad at someone than for us to be sad at someone.

So even though it will be painful to go back and forth nitpicking one another's behavior, take a moment and think about why his perpetual lateness is starting to irritate you beyond belief.

Is this habit really just wearing on you, or is it because deep down, you are terrified of what is to come for you two?

In all likelihood, your SO is probably feeling the same way, and bringing this up can only do the both of you good. Bring up the fact you're feeling self-conscious about her being three states away at frat parties. Tell him you've been unsuccessful at long-distance relationships before, and entering another one makes you sick with anxiety.

Being open and honest about your feelings will only strengthen your healthy relationship.

While I'm not advocating for a tumultuous relationship full of petty arguments and strife, these types of arguments are entirely normal, especially considering the possibility of entering a challenging long-distance relationship.

Starting a fight over something minuscule might make it easier to watch his car back out one last time, but give it a day or two, and you'll be wishing you had spent those last precious hours of summer having fun rather than being in an argument.