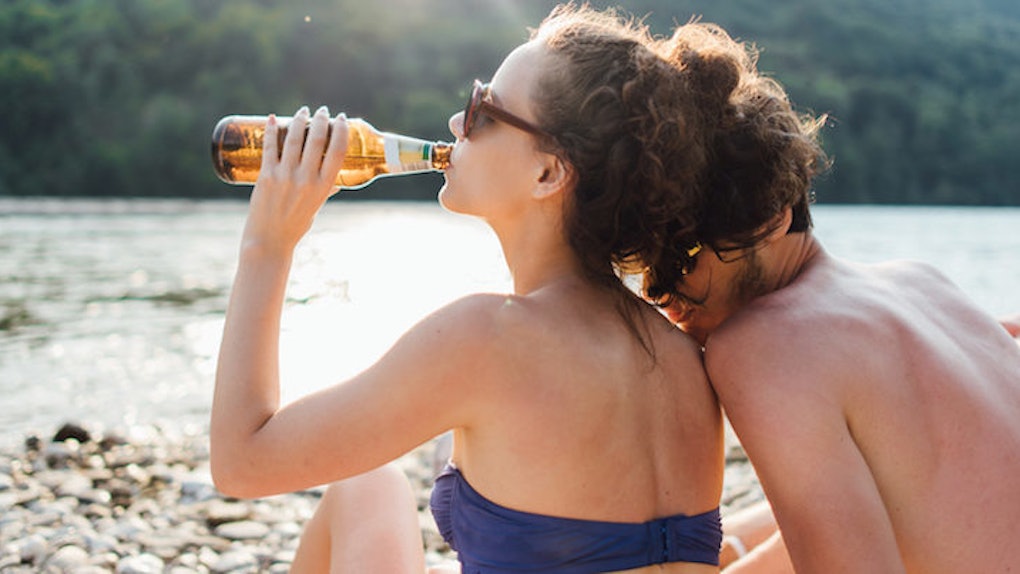 I’m really bad at dating. Well, I’m good at the actual dating part of the bit, but I’m not so good at sticking it out for longer than the second I realize she’s not the one.

I have a difficult time understanding how other people manage to date people they know they aren’t going to share their lives with.

Sure, it’s nice to have someone in your life, but having the wrong person in your life doesn’t add to it -- it takes from it.

I understand sometimes people lie to themselves or avoid accepting the relationship is hopeless, but most people know exactly what they’re doing and do it anyway.

I don’t have the patience. I don’t like pretending like I enjoy spending time with someone when the truth is I’d rather spend it with friends, family or with myself alone.

Maybe it’s because I met someone I could have married when I was young that makes me so honest and blunt. Maybe I don’t like wasting my time or anyone else’s time for that matter.

The point is: Dating someone you know isn’t right for you is honestly a waste. Yes, it’s nice to have sex with the same person and not have to worry about catching anything. It’s nice to have someone to talk to and support you when need be.

You have an ongoing debate inside your head on whether or not you should just call it quits.

The problem is you’re having a good time and don’t yet see a reason to jump ship.

On the other hand, you understand all this time, energy and emotion is going to be invested in someone you already know isn’t going to pay off.

Likewise, you understand that by dating the wrong person, finding the right person is more difficult. But you don’t want to be alone.

You catch yourself checking out and even occasionally flirting with other people, and then feel bad about it.

You aren’t in love with the person you’re dating, but nevertheless you believe you ought to give this person the respect he or she deserves.

You may not be soulmates, but you don’t want to hurt this person's feelings. At the same time, you can’t risk the chance of not talking to Mr. or Mrs. Right just because you’re currently dating someone else.

So, flirt you shall -- followed by guilt and overall unhappiness with yourself and the person you’ve become. Your romantic love story is turning into the premise for a soap opera.

You spend just enough time with this person to keep him or her around, but still keep your distance.

You begin to take more and more time for yourself and friends, and less and less time with the person you’re seeing. You only want to see this person when you want him or her. Other than that, this person doesn’t really exist to you.

You don’t really care what the person you’re dating thinks of you, so you don’t bother to use a filter.

You say things without bothering to imagine how the other would take it.

It’s almost as if you’re trying to find a reason to get this person heated up, to maybe even get him or her to be the one to break things off.

At this point, you don’t care if things end -- as long as you’re not the one to end them. No one wants to be the one to break things off.

You stress over all the arguments you’ve been having.

They are quickly becoming more and more frequent. The worst part, however, is you don’t give enough of a sh*t to even bother with them. Half the time you don’t answer or just plain walk out of the room.

You may be a bit confused emotionally, as sometimes the wrong person is still a great person. You may not even be certain as to why you don’t believe you two will spend your lives together.

Love isn’t exactly logical and sometimes we don’t know why we feel the way we do. Unfortunately, this doesn’t help smoothen the arguments.

You come up with creative excuses as to why you’re too busy to hang out.

You have to work late. You have to go see your parents. Your friend is sick. You’re sick. Your car isn’t working. You have to be up early to run some errands or go to a meeting. You wish you could hang out, but you’re “just too busy.”

When you’re dating someone you know you’re not going to marry, truth and honesty aren’t part of the equation.

You’re already saying you’re interested in the possibility of being together forever, while you very well know that isn’t true. What’s another lie going to hurt?

The sex gets boring and you have a difficult time deciding what to do about it.

This is the biggest problem, as usually the only reason we keep someone around whom we know we won’t end up with, is for the sex. And once the sex goes south, there is basically nothing left holding you to the relationship.

Now you begin to understand the end is inevitable and coming sooner rather than later. But the question is: How do you break things off?

You’d be able to figure it out much more easily if you had your regular orgasm, but not hitting that high note is exactly what got you to this point in the first place.

You try and convince yourself it’s OK for you to sleep with someone else.

Is it really cheating if you don’t care about the person you’re dating? Yes -- it most certainly is. Worse even; you are not only leading this person on, but sleeping with other people while you use him or her for whatever purposes you have that only serve you.

On the other hand… if you are already certain the relationship is about to end, does it really matter if you sleep with someone else? You’ll be sleeping with other people soon anyway.

My advice is to just wait. People deserve the respect they show you. Instead of trying to figure out whose pants to get into next, spend some time being a decent human being.

The whole thing either becomes incredibly awkward or simply blows up in your face.

When you date someone you know you’re not going to marry, you know things will end -- and most likely end poorly. Relationships are often one-sided. One of the two is actually invested in the relationship while the other doesn’t take it the least bit seriously.

There will likely be drama. Things will be said. Things may even be thrown. Or things could just be plain uncomfortable. Of course, you see this coming so you get the added bonus of worrying about this until the day comes.

You deal with the emotional aftermath.

Serious relationship or not, spending a good portion of your time with another person, in a romantic fashion, is very different from being single -- and often we don’t expect it to hit us the way it does.

Even if you are happy things ended and maybe even happy with all that the relationship has taught you, the inevitable realization will dawn on you: you are once again alone. You once again have no one to call your own, and what’s worse, you have no idea how to actually find someone worth having.

No one knows, but dating the wrong person for a while allowed you to ignore the fact. Now it’s staring you in the face.