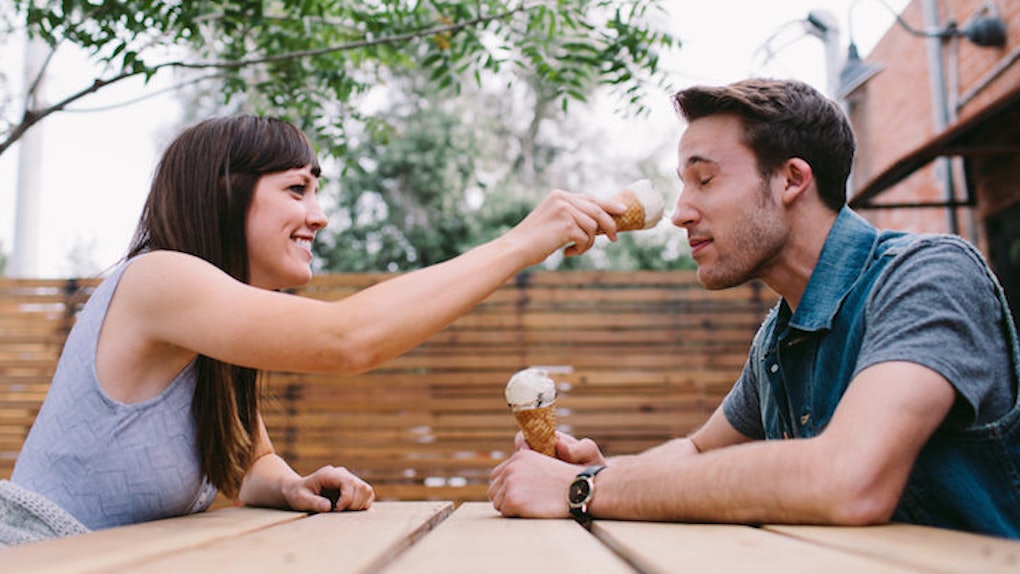 I’ve been in love two and a half times.

I’m still not sure if the first time counts. It was my first boyfriend. We said “I love you,” but we were young and just said it for the thrill.

The second time, I let a man take way too much of me for nothing in return. I acted like a fool as I begged for him, on my knees, f*cking him for his own satisfaction. I gained nothing from our “'ship,” except a broken heart and a few visible hickeys.

He didn’t love me; he barely even liked me.

The third time, my heart fell for him before my mind even knew him. First, I fell for his kindness. I fell for the way he wrapped his arms around me when I was sad, and the way he laid on the bathroom floor with me at 4 am (ironically crying about the second guy).

My mind was convinced we were just best friends. We loved each other because we were comfortable with one another. We could trust each other.

We talked about other relationships, and I helped him when he needed it most. It never seemed like more.

When friends asked me when we were going to get married, I laughed. I told them they were being dramatic; a guy and a girl can be just friends.

Two years later, though, my mind realized I was in love with him. I was watching him eat a salad in the cafeteria, and this overwhelming fear washed over me.

I was in love with my best friend, and there was nothing I could do about it.

I called my closest friends; they all said they knew.

I called my dad; he said, "I’ve been waiting for this call for three years."

How did they know when I didn’t even understand?

I debated telling him, but it never felt like the right moment. I wrote a letter to him, admitting my love. I would dream about this grand confession where he chased after me and kissed me back.

But the reality was it would never happen. Things between us had changed. I realize now I was not falling in love with who he is, but who he was.

Two years after my heart had fallen, my mind finally had the chance to catch up. But he wasn’t the same person anymore.

His kindness had been hardened, his vulnerability had been shattered, and he didn’t give me the love I needed or deserved.

After the hundredth time, I came home from his apartment crying about how much I wanted things to be different, I finally realized it would never happen for me. It wasn’t meant to be.

I didn’t have to put my heart on the line to prove that to myself because deep down, I knew. I knew when he looked into my eyes, he wasn’t seeing anything except his reflection.

The night before graduation, my sister found the note stuffed in my jewelry box as she helped me pack. She read it, grabbed a lighter from the kitchen and handed both to me.

I lit the note on fire, and I watched as my most vulnerable feelings went up in flames. I watched as pieces of paper became dust. I thought about what I was giving up by not telling him.

I took a deep breath and promised myself this was the end. It was time for me to let the past take away my missed opportunities.

It’s been three months. I don’t think I’m over you, yet, but I’m working on it. I’ve accepted you cannot give me what I deserve. I cannot help you find yourself again.

I can’t expect you to turn back into the man I fell in love with because too many things have shattered that man, and I know he is gone.

I promise I will love again one day, and I will find that vulnerable, kind, gentle soul in another man. I will see the light in his eyes the way I once watched it in yours.

I promise I will be happy for you when you also find someone, someone who can light up your eyes and reignite the fire in your soul.

I promise I will try not to be upset that I was unable to do that for you. Rather, I’ll watch as you finally turn back into that sophomore boy who sat on my floor and tucked me into bed.

I promise I will love you forever because you are my best friend.