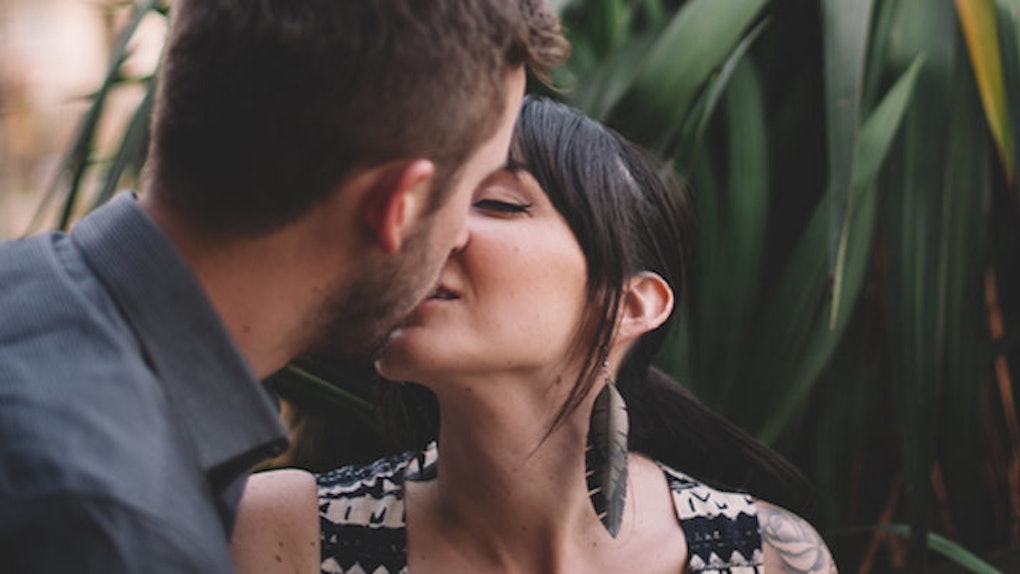 And to be honest with you, I DON'T BUY IT.

Why don't I buy it? Because my friends' arguments are like this: "I swear I don't even want a relationship! I just want to be, like, exclusively hooking up." The thing is, I'd never even asked my friends if they wanted to be in a relationship. They just felt this need to convince me of this distinction on their own.

That's why I'm calling bullsh*t. Because these friends happen to be the same friends who want relationships. And I think they've hooked up with one too many non-committal douchebags, so they've convinced themselves that their best bet is one of these "exclusive hookup" deals. That's the next best option after an exclusive relationship, right?

What does that even mean, to hook up exclusively? Well, it just means you aren't hooking up with anyone else. In theory, this is good. When your current booty call isn't texting you back, you don't have to worry that he or she is too busy hooking up with someone else to respond.

Also, it's probably a good call for health purposes. I can't dispute the health thing. If you're having unprotected sex with someone, hooking up exclusively is probably your best bet.

But I don't think that's most of my friends' main concern. My friends don't care about health. They just want the person they're dating not to bang other people.

But isn't it worse to date someone who doesn't like you enough to give you a REAL relationship?

I asked my cousin to outline for me exactly what she means when she says she wants to hook up exclusively with one person. I'll paint a picture for you: She's been casually hooking up with this guy for a couple of months. And by "casually hooking up," I mean that they're drunkenly exchanging “where r u” texts at two in the morning and meeting if, and only if, both parties are conscious enough to respond. Pretty standard stuff.

Exclusively hooking up would mean that she'd be doing the exact same thing with this guy, but she'd never have to worry that he wasn't responding to her late night text because he was with another girl.

I get it. I've had my fair share of these “relationships.” I know what it's like to text a guy at night and wake up to a “Sorry, fell asleep” text or — even worse — to no response. You have to wonder if the guy really was asleep or was just banging someone else.

But when I imagine myself in my cousin's situation, I think I'd still be bummed if I didn't hang with the guy while we were "exclusively hooking up." In fact, I think I'd be MORE bummed than I would be if we were casual.

Because what happens when we're exclusively hooking up and he STILL doesn't want to hang out or respond to my text one night? I know he's not with another girl, so at that point, there's no explanation other than that he just doesn't like me all that much. Or that I'm not interesting enough. Or that he had better things to do. Or that he likes my body a lot and not my personality. None of those things sound that great.

If I were exclusively hooking up with someone, I would be confused about my boundaries, too. So I'm definitely not allowed to hook up with other people, but what about flirting? What about texting? What about an innocent date?

What if he's texting another girl all the time but hooking up with only me? Is that allowed? I guess it technically is, right? We aren't dating; we're just exclusively hooking up. So as long as he's not banging her, he's in the clear ... right? I mean, that's what exclusively hooking up really is when we boil it down -- the willingness to commit to someone physically but not emotionally.

And I don't know about you, but I'd rather someone not commit to me at all than make some half-assed agreement to commit to only part of me.