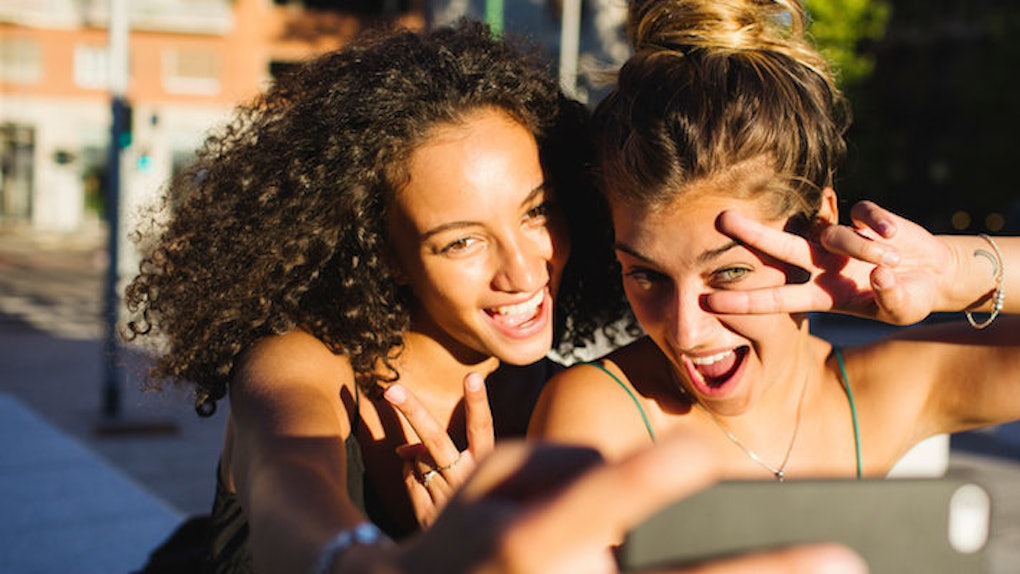 Being Single In College Can Give You A Greater Experience

Throughout my college years, I have struggled with relationships.

I'd find a guy I liked and there was always baggage. I just wanted to be the girl who has someone to spend the holidays with, you know, the ones made for couples: Valentine's Day, Christmas and New Years Eve.

I want someone to give meaning to all the things above. I'm not typically a sappy person. I feel very strong and independent and I value my time as a single college gal. But time and time again, there are those moments when I want someone. I need someone -- someone to hug on a bad day. Someone to cuddle when it's cold and someone to love.

Through all of this, I convinced myself that this was primarily part of the "college experience." And through this convincing, I accepted being single in college.

I liked not having to worry or get into fights.

I liked not having to worry, getting into fights and basing my life primarily on one person. This was MY time to shine, and I was definitely going to. What other time will I be given the chance to text my best friend at 3 am to come pick me up? To get groovy on the dance-floor and not care about the guy buying me drinks, knowing I can easily makeout with him if I wanted to.

Recently, I met someone and everything changed. I stopped hitting up my weekly Tuesday night booty call. I stopped answering guys' texts and snaps to “come hang.” I stopped dressing proactively with my cleavage down low. Rather than flaunting my features, I stayed reserved and loyal.

Within my first encounter with this person, I automatically felt connected. I didn't have to flaunt anything. In fact, my cleavage was aggressively out and the first feature he complimented me on was my three connecting birthmarks. Three birthmarks that meant so much more than just an ugly imprint on my skin.

I was thrown off. This guy noticed the three birthmarks that not even my best of friends ever bring up or ever noticed in my lifetime of knowing them. It made me smile, which was the next feature he complimented me on.

How was it possible for a guy to notice these tiny imprints? The ones that you wish every guy would notice. I knew at this time, he was different. Unlike any other guy. As we began talking more aggressively, with the morning and night texts, I fell more and more for him.

My Tuesday night regular was persistent in planning to see me. I had no intention of getting with anyone else other than this guy. But for some reason, the more I began to ignore his late-night texts and Snapchats, the more he wanted me.

I know basic flirtatious skills and how “playing hard to get” pretty much works on any guy, once provoked. But I genuinely did not want to see my Tuesday night any more. As I began to ignore him, they started rolling in and I just kept ignoring. I'm pretty bad at saying “no,” so I began coming up with lame excuses. “I'm on a cleanse.” “I've been busy.” “I'm not in the mood.”

I've always been a girl to hate on happy couples and relationships, and I realized for me, I was always just jealous.

This is definitely not an article to put single people down, but just to remind those that that time is a virtue. Standards are overrated, but should never be lowered. And happiness will find its way; it might not be through love or a relationship, but one day you'll meet that person that you can't help but smile around, who means so much to you, and to whom you can spend the holidays with.

But for the single ladies out there, I get it. I've been there for years. Enjoy it. It's fun.