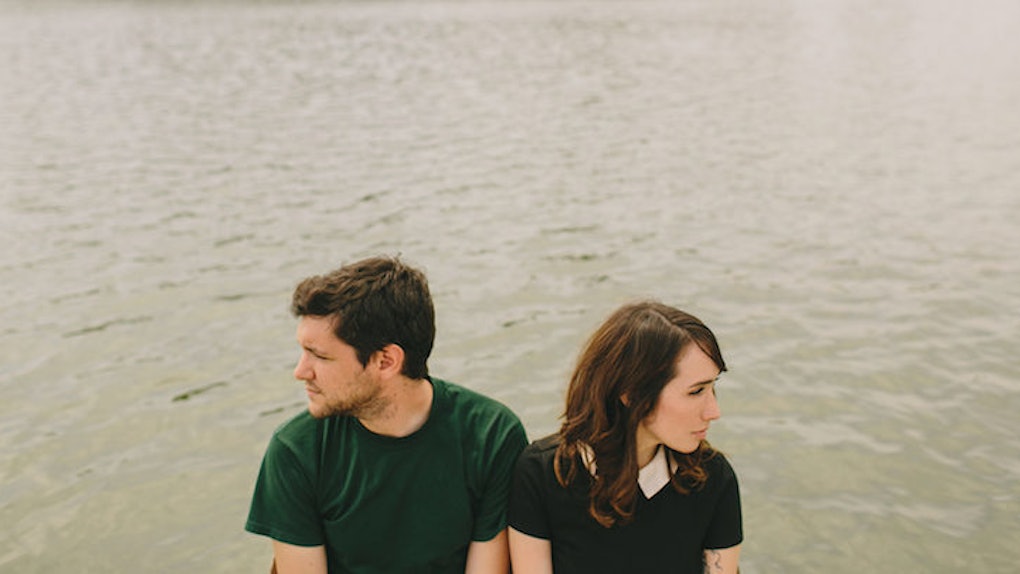 The Shame: 14 Realities Every Couple Faces After The One-Day Breakup

Sound familiar? Are you cringing as you read the words, reminded of your own hostility and (most likely) overreaction?

Are you thinking about those embarrassing sobs to your friends over what a dick he is?

Are you scorning yourself for acting like such a dramatic idiot who told everyone you were breaking up, only to get back together hours later?

Don't be. The one-day breakup is an inevitable point in any relationship -- as embarrassing and messed up as it is.

Every couple experiences that fateful moment when they have their first fight, the first real threat of not being together forever.

That earth-shattering moment when you leave the honeymoon phase and realize this might not actually be forever.

We're bound to snap at some point, whether it be over something big or something as stupid as a misplaced Instagram “like.”

Whatever the reason, it's always the same at its core. It's two strongly opinionated people who realize there's something about one another they don't like.

So where do you go from there?

You immediately break up, irrationally and childlike. Then reality sinks in, and you make the important decision of whether this thing you don't like about him is worse than giving him up.

The answer is usually no -- at least for now. Even if that thing eventually is the thing that drives you apart, we still have to break up at least four or five times for it to really sink in.

We're creatures of habit, and we like to cut ourselves over and over again before we cut it out.

Even if you get back together, it's never going to be the same between you two and everyone who knows about the relationship.

It's the punishment for acting like an insecure high schooler.

It's the humility of the fall.

It's a whole new part of the relationship you can only understand once you've experienced the shame of the one-day breakup.

1. You've ruined your friends' opinion of him forever.

Your friends now know him as the dirty f*cking pig with a three-inch d*ck and a secret fetish for "Real Housewives of New Jersey…” That's hard to come back from.

2. You just made family gatherings that much more awkward.

Your mom is going to think of other things when she asks him to toss the salad.

3. You have to break up 10 more times to actually break up.

Really? This is how tedious it is? What's divorce like?

4. You know what it's like to think of that person as an ex for a second.

Oh sh*t, this would be kinda awkward. He knows a lot about me….

5. Your word no longer carries the weight it once did.

When you tell him to go “choke on a dick,” you've lost a little bit of credibility.

6. You don't have as much power as you thought you did.

He called your bluff, and now you're the idiot who sent 20 texts in a row begging for him back.

There must be at least four “f*cks” and two “you're an assh*les.”

So attached, you give up all your pride within an hour and go back to him.

9. There's a part of your character you can't take back now.

You'll forever be “that girlfriend” who lost her sh*t over an Instagram photo and broke up with him.

10. The sex will be better, even if everything else is worse.

After the first breakup, there's a good chance your relationship is doomed, as you can see how it will end. At least you can remember the sex was good.

11. You're more embarrassed to go to work than back over to his place.

You didn't just shame yourself to him, you shamed yourself in front of all your coworkers, people who once held respect and admiration for you.

Now you're just that psycho with a terrible boyfriend.

12. You're no longer thought of as the “role model couple.”

Now you're just the “I give 'em six months” couple.

13. Drinking only makes it worse.

If you think you're drinking to get over it, you're really just about to get back in it again. Again and again and again.

14. You'll never fully ever get over it.

Every other fight will always include the one line: “Go on, break up with me! You've done it before.” Ouch.