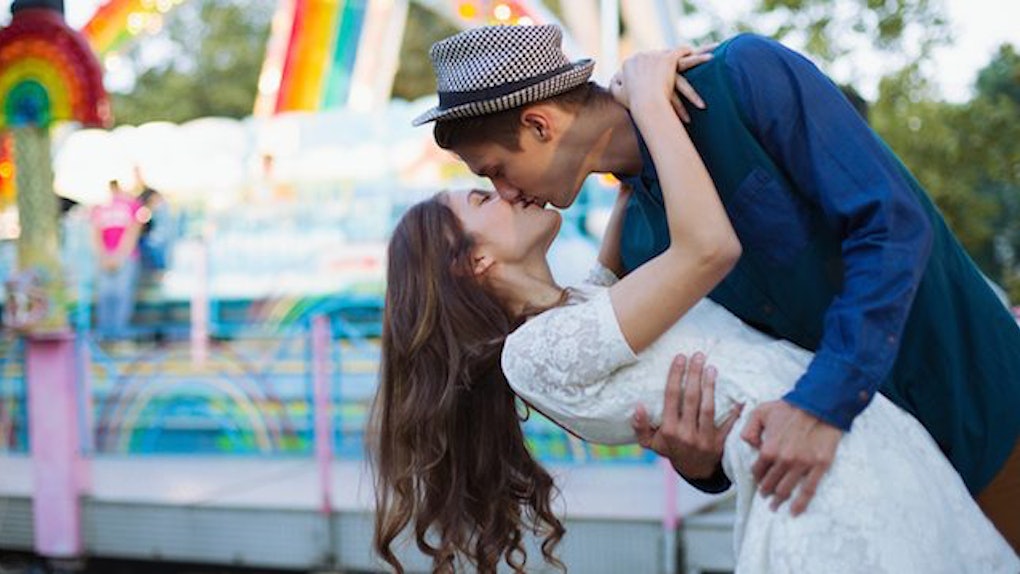 You're on a first date with a new guy, and things are going super well.

Your knees are touching as you sit next to each other at the bar, you're laughing at the same jokes and you can't stop staring at his eyes, which are a beautiful combination of grey, blue and green.

Suddenly, he says he likes Indian food, and he'd love to take you to his favorite spot sometime. Unfortunately, nothing makes you gag more than spicy food. But you smile and nod politely anyway.

Then, he says he likes rap music. Like, a lot.

You stare at him blankly. You hate rap music. And as he continues to talk nonstop about how much 2 Chainz changed his life, you silently think to yourself, "Shit. Is he not as perfect for me as I thought he was?"

It's easy to come to a first date with a mental checklist of qualities to look out for. Do you and this person have similar hobbies? Do you like the same music and TV shows? Do you both want to travel to the same countries one day? Check, check, check.

Grant Langston, CEO of eHarmony, who's analyzed tons of data from the dating website's massive user database, says there are four key traits eHarmony uses to match people. These are traits that Langston says would be hard to compromise on in any relationship.

Grant Langston, CEO of eHarmony, who's analyzed tons of data from the dating website's massive user database, says there are four key traits that eHarmony uses to match people. These are traits that Langston says would be hard to compromise on in any relationship.

First, you and your partner should have similar conflict-resolution skills, which is the way you deal with and resolve conflicts.

"Conflict resolution skills are baked into your brain when you're a kid. If you're really opposite in that, you can't have a relationship," Langston says.

Another thing eHarmony matches users on is personality traits — basically, how introverted or extraverted you are.

"An introvert can be with an extravert, but it would require compromise throughout life," Langston adds.

Sociability, or "how much you like going out and being around people," is another quality that would make a relationship challenging if you both felt differently.

The final trait that would be hard to compromise on is what Langston calls "obstreperousness," or "how negatively disposed people are."

You can be with another obstreperous person because you both pick at the world. If you're both positive, if you're low in obstreperousness, that'd be fine, too, because you're both positive outlook people. But if you're not the same, the person whose grumbling all the time is going to seem like a sad sack and a rotten partner to carry through life.

What's fascinating to me about these four traits is that surface-level similarities  — you know, all the things you make sure to check off on your mental checklist while on a first date — are nowhere to be mentioned.

"Superficial things don't really matter that much. If you like the same kind of music or food or to travel to the same places, that is fodder for good date, but it doesn't predict any kind of relationship success," Langston says.

Interestingly, there are plenty of people who might align on all four of those core traits, but still can't make a relationship work. "Now, if you just match people on that stuff,  you get people who are compatible on paper, but they don't have a great time together," Langston says.

But the number one thing people want in a partner above all else, according to Langston? A shared sense of humor.

So if you think memes are hilarious, but your partner doesn't, that's going to be one tough relationship.